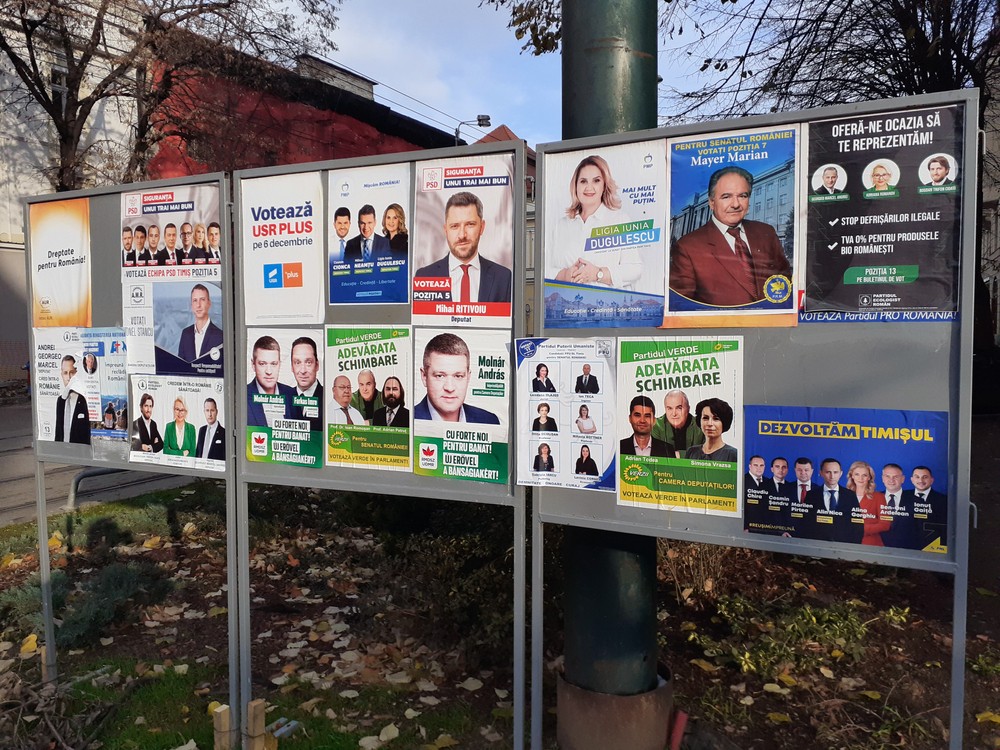 by Mihail Caradaică
Lecturer in European Studies at the National University of Political Studies and Public Administration, Bucharest

The relative victory for the Romanian Social-Democratic (PSD) party in the parliamentary elections on 6 December 2020 ended a two years cycle of European, presidential, and local elections. The low turnout and the rise of a new far-right party concludes an electoral campaign dominated by an increasing number of Covid-19 cases and by a liberal government afraid of taking lockdown measures as many European countries did. In this context, a further analysis is required on the progressive agenda of the Romanian political parties.

Even though it lost half of its voters, the fact that the PSD managed to secure almost 30 percent of the vote was good news, considering how the massive anti-corruption protests of 2017-2019 had significantly damaged the public image of the party. The score shows the party’s ability to recover after the imprisonment of the former populist leader Nicolae Dragnea (for corruption charges), by proposing new progressive names at the top of the party, such as Sorin Grindeanu – the vice-president of the party –, Marcel Ciolacu – its president – or Alexandru Rafila – a virologist and the party’s candidate for prime-minister –, as well as an ambitious governing plan for 2024. But even if the PSD economic proposals had a clear progressive orientation – the elimination of taxation on the minimum wage, the increase of pensions or the secured environment for jobs – an important part of the Romanian electorate is still perceiving the upstart coalition USR-PLUS as the real progressive party.

A potential ally for the PSD, the social-liberal PRO Romania from former Prime Minister Victor Ponta’s (whose MEPs sit with the S&D group in the European Parliament) failed to enter parliament after unsuccessfully campaigning on a mixture of populist, nationalist, and progressive proposals.

USR-PLUS, member of the liberal Renew Europe political family, is a coalition of two new political parties, Save Romania Union (USR) and PLUS (created by the former Commissioner of Agriculture and current leader of Renew Europe, Dacian Cioloș). They define themselves as a centre-right party and managed to put on the political agenda neoliberal policies such as the privatisation of education and the healthcare system or shrinking of the state apparatus. But, as they successfully managed to raise the fight against corruption on top of the agenda and brought new and young faces to the Romanian political landscape, the mainstream media still presents them as the ‘real progressives’. However, while they were scoring above 20 percent in pre-election opinion polls, they only managed to obtain 15 percent in the elections.

The governing National Liberal Party (PNL/ EPP) had the direct support of President Klaus Iohannis – unconstitutionally, as, according to the Romanian Constitution, he should be unbiased in politics as he represents all Romanian citizens. Nevertheless, their mission was difficult because of unpopular decisions in reaction to the Covid-19 pandemic, as the closure of markets and limits to the free movement of the people. The main objective of the PNL was to defeat PSD by all means, and, in the quest of catching as many voters as possible, they made fully unrealistic political promises: 660 km of highways, 560000 new jobs and a consistent increase of the Romanian GDP. Their unexpectedly low result, 25 percent, prompted the prime-minister, Ludovic Orban, to resign as the negotiations for a right-wing governing coalition between PNL and USR-PLUS had just begun.

The surprise of these elections – and its dark aspect at the same time – was the unexpected success of the new far-right party AUR (Alliance for the Union of Romanians, 8 percent).

In a country that did not have a far-right party in parliament for a long time, this victory totally shocked many and was even more surprising as it was virtually absent in the mainstream media during the campaign, but also because of the lack of political experience and of local political representatives. AUR focusses ed on a reunion with the Republic of Moldova (for the sake of the concept of ‘Greater Romania’), conspiracy theories regarding the Covid-19 pandemic and the protection of the traditional family.

The electoral campaign was dominated by the pandemic and its management, with all the opposition parties constantly attacking the PNL government as well as President Klaus Iohannis on this issue. However, concerns about the poverty generated by the pandemic were absent from the campaign, as was the question how to fight against new inequalities and that of the European Union’s role in this process. The lack of the progressive issues in the electoral debates and a strong nationalist and populist discourse on social media, backed by the Orthodox Church and its public positions against social distancing rules, revived extremism in Romania.

Although it managed to defend its position of the biggest party in parliament, PSD will probably be left outside the government as President Iohannis announced a right-wing coalition between PNL, USR-PLUS and a party that represents the Hungarian minority in Romania. But a potential unstable and right-wing government that could increase the social inequalities in Romania over the next four years in the context of a looming economic crisis, could give another boost to the nationalist and populist ideas of AUR.

However, with a far-right party in parliament that took an important part of PSD rather conservative voters who supported the party under its former leader, Liviu Dragnea, the Social Democrats could finally and clearly define their progressive identity. And by convincing as many progressive intellectuals as is possible to join the battle against the threat of neoliberalism, PSD could increase its electoral pool by engaging progressive voters form USR-PLUS until 2024.