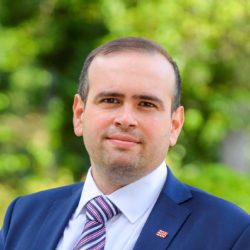 Although all six countries of the Western Balkans (WB) keep repeating their commitment to the European integration process, in which the rule of law is placed in the cluster ‘fundamentals‘, the results in building functioning rule-of-law states are far from satisfactory. The six countries are at different stages of the accession process: Serbia and Montenegro are negotiating, North Macedonia and Albania are candidate countries waiting to start accession negotiations, while Bosnia and Herzegovina and Kosovo are waiting to be given the official status of candidates. All of them have already implemented many reforms in the past and present, and others are ongoing. However, they still face common challenges, such as a persistent negative perception of the state of corruption, a lack of significant results in the struggle against high corruption and organised crime, highly politicised institutions, political clientelism and weak prosecutors and judiciary. Recent surveys show that the state of the rule of law, besides the socio-economic factors, is becoming an important factor for emigration, especially among the younger population.

North Macedonia, after the terrible experience with the authoritarian government of the former Prime Minister(and now fugitive from justice), Nikola Gruevski, has taken decisive steps in the fight against organised crime and high corruption by establishing the Special Prosecutor Office with the task of prosecuting cases of systemic corruption of high state officials. After very positive results in the beginning, the head of the office, Special Public Prosecutor Katica Janeva was herself involved in a corruption scandal that linked her with one of the main suspects in several corruption cases. Instead of prosecuting the criminals, she had ended up being prosecuted herself. The Special Prosecutor Office was dissolved and the regular Public Prosecutor, in accordance with the new Law on Public Prosecutor adopted by the Parliament, continued to investigate the cases. This scandal seriously undermined the public’s enthusiasm and trust in the possibility of significant change. The only good news however is that the regular public prosecutor continues to prosecute the cases and that several verdicts on important cases were issued. However, the recent investigations in possible corruption cases in which high officials of the new government are involved, even if they are a very positive sign of independence of the prosecution and the judiciary, have furthermore strengthened the public distrust in the functioning of the rule of law in the country.

Serbia has faced democratic backsliding on several significant parameters like civil and political rights, independence of media, political opposition and SCOs in the last years. In addition, there is a prevailing lack of transparency in the work of the institutions, political pressure on the prosecutors and the judiciary and attempts to control the existing independent media that investigate and report cases of systemic and high corruption and organised crime. Serbia recently adopted constitutional reforms aiming to strengthen the independence of the prosecutors and judiciary by reforming the system of selection of prosecutors and judges and the process of evaluation of their work and their responsibility. The legislative change is generally positively assessed. However, the real challenge will be the implementation of the new legislation. The reactions of the prosecutors to several cases in which investigative media reported about the alleged involvement of high officials in illegal arms trading or drug production don’t give much optimism that the legislative changes will achieve the desired effect.

Montenegro has experienced a deep political crisis that led to the change of the government of President Milo Djukanovic – who had already been prime minister for 15 years before. The new government since the end of 2020 has made the promise to end systemic corruption and to investigate suspected smuggling and money laundry cases a core feature of its political programme. Unfortunately, nothing concrete was undertaken and, in the meantime, the coalition government has already been dissolved. After that, a new government was elected in April 2022, led by Prime Minister Dritan Abazovic, previously one of the most prominent opposition leaders promising to end systemic corruption. The coming months will show whether Abazovic and his government will achieve the promised change in this area.

Albania, led by a socialist majority under Prime Minister Edi Rama, opted for judiciary reforms that include a vetting process of all magistrates and judges in the country. The process that began in 2016 is still not finished and the vetting commission has seen its mandate, which was supposed to finish in 2022, extended for another two years. Although the reforms were initially backed by the EU, Germany, Sweden, the UK and the US, the process resulted in the collapse of the High Court and the Constitutional Court for almost two years and harshly divided the parties since the request of the opposition for the vetting of politicians (a type of lustration) was not included. In addition, Albania still has problems with the illegal production of marijuana and with drug smuggling, as the country is part of the route of drug dealers.

Bosnia and Herzegovina’s main problem derives from its constitutional order. Namely, the complex system of institutions on the levels of state, entity and canton, with overlapping competencies and vetoing possibilities, which paralyses the country. Bosnia’s institutions are frequently blocked because of inter-ethnic tensions and disagreements among the parties, which are predominantly based on ethnicity. Republika Srpska, one of the two federal entities in the country, started a process of transfer of competenciesfrom the state level to the level of the entity, claiming that the decisions of the Constitutional Court (composed of local and foreign judges) are biased against their entity and that the existence of the State Prosecution Office and the State High Court is not in accordance with the Dayton Peace Agreement. Such moves undermine all efforts to establish a functioning system of institutions in the country, which also impacts the fight against high corruption and crime.

Finally, Kosovo is still in the process of recognition of its statehood, not being a member of the UN and many other important international and regional organisations. Although the country has been backed by the US and the EU for many years, this situation is not merely an issue of integration of the country into the international community, but also a problem that affects the consolidation of the state institutions. Kosovo has a tradition of clan-based politics that links most of the major political parties to organised crime. A core promise of the government of Prime Minister Albin Kurti, elected in March 2021, is to end clan-based politics and to start the fight against gangs and corrupt networks. However, the stalemate in the dialogue with Serbia and the strong opposition of the established clan networks make the implementation of this task very difficult. Having in mind the emigration rate of the young population, the highest in the region, tangible results in the area of rule of law are essential for the future of the youngest country in the region.

All countries of the WB have undertaken significant steps in strengthening the rule of law by making constitutional and/or legislative changes. However, the proper implementation and the sustainability of the reforms depends to a large extent on the political will of their governments. Political polarisation (in Albania and North Macedonia), democratic backsliding (in Serbia), fagile political stability (in North Macedonia and Montenegro) and unfinished process of building the statehood (in Kosovo) have and will continue to have a strong negative impact on the implementation of the adopted reforms. Bosnia and Herzegovina seems to be even more complicated: the dysfunctionality of the constitutional system constantly paralyses the institutions and prevent them even from defining a common strategy for reforms and making the necessary legislative changes.