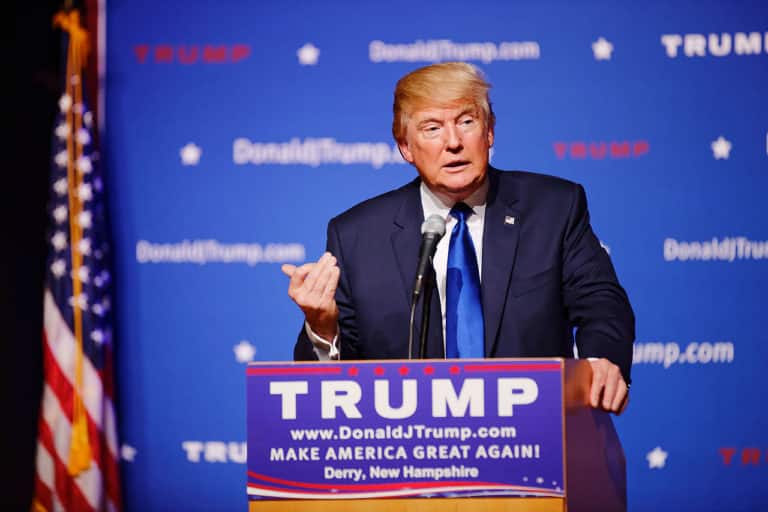 Setting the scene: The U.S. Presidential Election After Iowa and New Hampshire

The 2016 presidential primary campaigns in both parties have been the most unpredictable of recent memory. Among Republicans, Donald Trump has dominated the race while establishment figures failed to gain any sustainable traction and first term Senator Ted Cruz—who is reviled by his senate colleagues—won Iowa and has the money and organization to contest this race to the end. And while Democrats expected a far more stable race with many fewer candidates and a clear frontrunner, the long-shot “democratic socialist” Senator Bernie Sanders came within a whisker of beating the overwhelming favorite Hilary Clinton in Iowa and just did in New Hampshire. The only thing we can say with confidence is that there will be more surprises between now and Election Day in November.

Driving this anti-establishment fervor in both parties, although with much different constituencies, diagnoses, and proscriptions, is deep frustration with current economic conditions that many believe are rigged in favor of entrenched interests while the middle class is squeezed and the working class is left behind. Positive economic indicators are masking middle and lower class wage stagnation going back decades with increasing income and wealth inequality at the very top. The economy may be growing with unemployment and inflation low and the stock market high, but despite those numbers, two-thirds of Americans believe the country is on the wrong track.

Trump has connected with a segment of the American electorate with a mixture of economic populism and xenophobia. Sanders has captured traditional liberals and young voters with a message of revolutionary change to the economic and political order. Regardless of the outcome of their primary campaigns and the general election, these outsiders have shaken the political system to its core and divisions they have exposed between the two parties’ base of support and establishment will continue to be a major challenge well into the future.

Another factor driving this phenomenon that receives very little attention is the structural inefficiencies built into the American system of government. There are a lot of veto points in the U.S. system, with legislation requiring passage in both chambers of the Congress—and often now requiring a supermajority in the U.S. Senate because of the filibuster—and then presidential signature. Complicating the process further, staggered election terms that see the president elected every four years while the House of Representatives and one-third of the Senate are elected every two in mid-term elections that often produce contradictory results and mandates for the legislative and executive branches of government.

Every mid-term election since 1986—except the unusual circumstances in 2002 following the 9/11 attacks—has resulted in a majority in Congress for the party that lost the Presidency two years prior. President Reagan won re-election in 1984 but Democrats won control of both chambers of congress in 1986. That dynamic was repeated for Presidents George H.W. Bush in the mid-terms of 1990, Bill Clinton in 1994 and ’98, George W. Bush in 2006, and Barack Obama in 2010 and 2014. These consistently competing electoral mandates have made it virtually impossible for either the president or the congressional majority to enact their agenda, contributing to historic levels of frustration among the American people with a “broken” Washington.

The actual policy proposals emanating from the anti-establishment campaigns, whether it is Trump’s border wall or calls to ban Muslims from entering the United States or Sanders’ tax raises or call for a single-payer health care overhaul, stand no real chance of being enacted anytime soon. The substantive direction of their campaigns, however, is having an impact, and not an encouraging one for Europeans.

Republicans—not just Trump—are exploiting the anxiety that many Americans feel about the growth of ISIS and the threat of terrorism, resulting in polices that directly affect Europeans. In the wake of the Paris attacks, Congress enacted new restrictions on the visa waiver program that now requires many Europeans to obtain a visa before entering the United States. And even though an effort to halt the Obama administration’s plan to resettle 10,000 Syrian refugees in the United States failed, it is impossible to imagine any increase on that already grossly inadequate number meaning the burden will continue to fall almost entirely on America’s European allies.

The strength of Sanders’ economic message was one factor that pushed Hilary Clinton to come out against the Trans Pacific Partnership, or TPP, even though she had regularly championed the trade deal when she served as Secretary of State. While the Transatlantic Trade and Investment Partnership, or TTIP, has not been an issue on the campaign trail, and there are reasons to believe that the same dynamic driving opposition to TPP is not nearly as strong on TTIP, the climate for large trade pacts is now very challenging.

The headline out of New Hampshire is clearly the size of the wins for both Bernie Sanders and Donald Trump. Sanders’ win was not unexpected as he had held a sizeable lead for months, but the 60%-38% was a resounding win and demonstrates real strength. This provides his campaign real momentum and his fundraising haul in the wake of his win virtually guarantees the campaign will extend well into March. Clinton still leads nationally and in the upcoming states, but her position as clear frontrunner is damaged by such a big loss and she clearly has work to do to win support across the Democratic electorate, especially among young voters.

Trump had been ahead in New Hampshire for longer than Sanders, but he faced real questions following his weaker than expected performance in Iowa and his 35% tally over-performed his poll numbers heading into the vote. This result has ended, for now at least, the analysis that Trump would struggle to turn the enthusiasm of his rallies into support at the voting booth, and he now has to be seen as a real contender for the nomination as he enjoys large leads both nationally and in the upcoming states.

The surprise of the night was Ohio Governor John Kasich winning almost 16% of the vote and coming second, followed by Ted Cruz, Jeb Bush, and Marco Rubio in 5th. The unexpected result behind Trump has created a muddled picture among the so-called establishment candidates and has failed to substantially winnow the field that is necessary to mount a substantial fight against Trump or Cruz. No Republican in the primary era—dating back to 1976—has ever won the nomination without winning at least one of the first two states. This has been an unpredictable campaign so far, so that precedent may not hold this time, but if another candidate is going to take the fight to Trump and Cruz, he must knock out the other competitors quickly to narrow the field to a three-way battle.

With an eye towards the upcoming primaries and caucuses, it is worth describing the actual nominating processes for Republicans and Democrats—and there are some real differences between them. The most important aspect about these primary campaigns is that they are not necessarily about who wins the most votes or the most states, its about who accumulates the required number of delegates to the nominating convention in the summer. These contests very rarely end up as a long delegate slog, and this is not to minimize the importance of winning states and knocking out the competition. But in the end, it’s about delegates. For Democrats, its reaching 2,383; while 1,237 will win it for Republicans.

The smaller field and simpler rules on the Democratic side makes its process more straightforward. All Democratic primaries and caucuses award delegates proportionally, by both congressional district and at-large for the statewide results, with a required 15% threshold. After the first two contests, Sanders holds a 36-32 lead in these delegates over Clinton. Democratic elected officials and senior Party leaders are designated as delegates as well, accounting for 15% of total delegates awarded, and are free to choose any declared candidate. Clinton currently enjoys an overwhelming lead over Bernie Sanders in this category of delegates 357-14 with another 341 remaining uncommitted. It is this latter category of delegates that provides Clinton the cushion to absorb her early struggles, although it should be noted that these delegates can change their support to another candidate at any time.

The Republican nominating process is much more complex, and the rules, calendar, and size of the field does create the possibility that this campaign could go deep into the spring before a nominee is determined. States that hold Republican caucuses and primaries before March 15 are required to award their delegates proportionally. But states that hold primaries on March 15 or later are allowed to award winner take all, either exclusively by the statewide result or by a mixture of statewide and by congressional district. That means winning a state holding its primary or caucus on March 15 or later is very likely to mean more in the delegate race than winning one of the early states. Underscoring this is the breakdown of delegates after the first two states: Trump leads with 17, followed by Cruz at 11, Rubio at 10, Kasich at 5, and Bush at 4.

A hidden advantage to more moderate Republican candidates is that most of the very conservative states go early and the more moderate states go later in the process. So if an establishment or more moderate candidate can survive to March 15, when Florida, Illinois, Ohio, Missouri, and North Carolina all hold winner take all primaries, that candidate could quickly erase an early deficit. But they’d have to survive a gauntlet of states much less favorable in the South and Mountain West with enough viability to contest those large states, no easy task. It could make for a very exciting and long race.

The campaigns head to South Carolina and Nevada next, although they are split this time with Democrats going first to Nevada then South Carolina and the reverse for the Republicans. Then the big contest on March 1 with 12 primaries or caucuses with the majority in the South. It has been dubbed the “SEC Primary” as many of the states are in the South Eastern Conference in college sports.

The key questions for Republicans will be whether Trump or Cruz can build on the early wins in states likely to be more favorable to them and can the establishment consolidate its support in behind one candidate so it can challenge either Trump or Cruz or both when the primary map becomes more favorable to them in later primaries. For Democrats, the durability of the Sanders surge will be tested by the move to a large number of states with more diverse interests and demography than the overwhelmingly white and very liberal Democratic primary electorates in Iowa and New Hampshire.