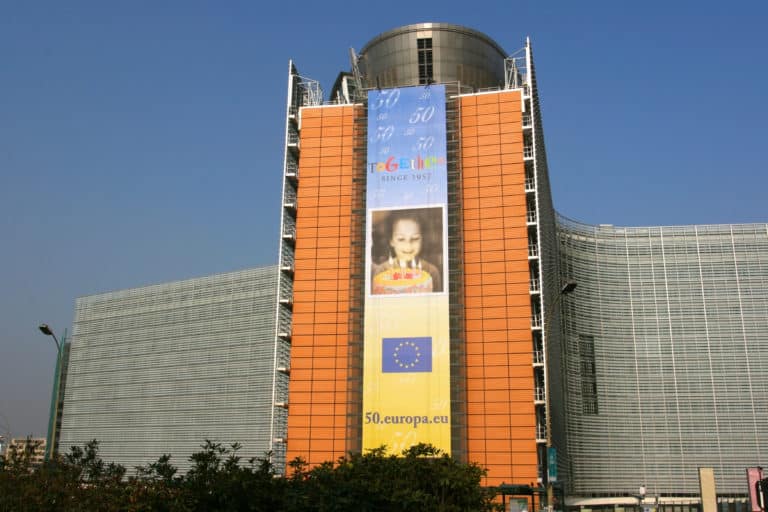 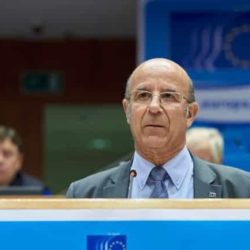 by Jean-Pierre Bobichon
Founding member of Let's Save Europe

On 25 March Rome will host representatives from the 28 member states as they convene to mark the 60th Anniversary of the Treaty of Rome. Many heads of state will be in attendance. This is the time to reaffirm our need for a strong Europe, a Europe that is powerful, supportive and effective in order to ensure positive geopolitical developments around the world, whether this be our relationship with the United States of America and Russia, or other continents. Furthermore, a Europe that can respond to the issues raised by Brexit and the changing relationship with the United Kingdom; a country which is coming to terms with the negative consequences of the high-risk approach adopted by David Cameron.

This conference represents a meeting between citizens of Europe and institutions; this is an opportunity to reflect on what could be the revival of European interests on economic, social, political, structural, democratic, cultural issues…

Article 2 of the Treaty of Rome clearly states the intended purpose of the Union “The Community shall have as its task, by establishing a common market and progressively approximating the economic policies of Member States, to promote throughout the Community a harmonious development of economic activities, a continuous and balanced expansion, an increase in stability, an accelerated raising of the standard of living and closer relations between the States belonging to it. “

You cannot mark this anniversary without referring to the origins of the Treaty: 9 May 1950, Robert Schuman, French Foreign Minister makes concerted efforts to launch a European framework five years after the end of World War II. This resulted in the creation of the first European entity: The European Coal and Steel Community – ECSC – Remembering also the failure to create the European Defence Community – EDC – as the French National Assembly voted against the motion on 30 August 1954. This demonstrates above all else the need to discuss issues from an objective position, as a decision that was taken 63 years ago, still weighs upon Europe today. Ah, if only we had a European defence policy in line with other significant nations such as Putin’s Russia, Trump’s United States and the rest of the world, the European Union would be offered greater respect and as a result would be in a better position to advance the overarching objective which underlines the existence of the Community and of the European Union: Peace in Europe and around the world – this is still relevant today!! With the ever-changing situation in Ukraine, Russia, and around the Balkans, not to mention the Middle and Near East combined with Donald Trump’s disengagement from Europe and NATO, we have an opportunity to organise an effective European defence policy to make up for the missed opportunity in France in 1954

The difficulty at the heart of this matter is to ensure that no one undermines the values which underpin the European Union, to ensure all understand we must reaffirm the need for solidarity, peace, progress…If we simply acknowledge the content of the existing Treaties, which represent the common good, our goals shall be respected by all members of the family that is the European Union. Any failure to uphold said values or any attempts to circumvent them is no longer acceptable and should be monitored by civil society organisations but more importantly all European institutions must be capable of monitoring the situation in member states. Serious breaches of the treaties or non-implementation of any decisions of the European Council of Heads of State or their respective governments, such as serious breaches of the need for solidarity in the treatment of refugees must be reported

This 60th anniversary is an opportunity for revival within the European Union, to move towards greater solidarity, greater cohesion and greater acceptance of the contents of the Treaties and to ensure that all Treaties are applied consistently, effectively and to the full extent necessary for each and every one of us as a collective.

By measuring the achievements alongside the difficulties, we are able to reflect upon the long journey we have travelled in the past 60 years. To accurately assess what it is to be European requires a prolonged and on-going observation. The aim is not to paint a purely idyllic picture of Europe but to take into account the events which have shaken our lives, to allow us to draw lessons from them and to continue to improve upon the European framework we need.

Where would we be if these treaties had never existed? We would not have the Euro nor would we have acclimatised to seeing notes or prices denominated in that currency. We would arguably have drawers full of obsolete coins and banknotes, along with leftover holiday currency from other member states of the European Union. We would face frequent currency fluctuations and high inflation. We would also not have a large internal market based on the four freedoms of movement: people, goods, services and capital. Should any one of these individual freedoms fail then the whole structure shall begin to crumble. If we chose to live behind customs barriers many of our products will rise in price. The trading power which resides within the European Union at present would cease to exist, a mantra of every man for himself would dominate. Democratic stability has become a part of life within the European Union, whether this be in Spain, Portugal, Greece, not to mention the countries of Central and Eastern Europe.

Solidarity amongst the Member States as provided for by the Treaties also depends, inter alia, on the existence and use of structural funds such as the European Social Fund (1957) for matters relating to employment and training, the European Regional Development Fund where the intention is to improve the appeal of a particular area within the EU, the European Agricultural Guidance Fund for rural development programmes, the European Fund for Strategic Investments (with the European Investment Bank), the European Fisheries Fund. The European gender equality policies should be pursued across Europe. Numerous texts exist in this area; the Court of Justice of the European Union (or ECJ) has issued numerous judgments on the matter which are now form part of EU case law across all member states. The European Social Charter, came into effect following signature of the Council of Europe Treaty and acts as a guide to rights and freedoms on which an individual or collective group may rely should their rights be infringed by another party.

The challenges we must overcome range from the maintenance and active enhancement of our solidarity, to ensuring we successfully handle the waves of refugee women, men, teenagers and children as part of economic immigration. They also include issues relating to the management of nuclear remnants of the former Soviet Union as well as the Murmansk submarine cemetery in the north-east of Moscow, to ensuring we handle climatic challenges appropriately and take steps to ensure that our environment is controlled both by land and air

The next few years are an opportunity to revive the European initiatives that are essential for the continuation of the European framework that has been constructed within our lifetime. We must build upon the experiences of the past, take account of them and work towards redefining our objectives so that we may invent the means to overcome the challenges we may face in the future, including issues relating to living in the digital age, information technology and robotics. Let us leave behind the sterile polemics and ensure that the next ten years will be an opportunity to provide the political, democratic and institutional means to mobilise the people of Europe and civil society.

This 60th anniversary is useful, if nothing else as it revives the only debate that matters, which in the words of Jacques Delors is: “Why do we want to live together? Response to the 70th anniversary of the Treaties of Rome in 2027?