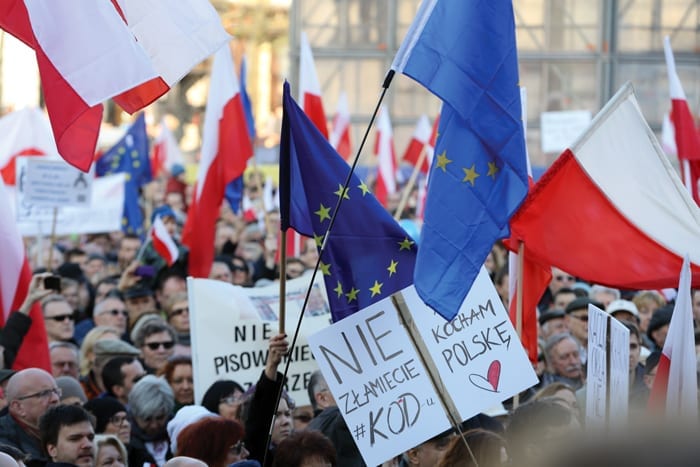 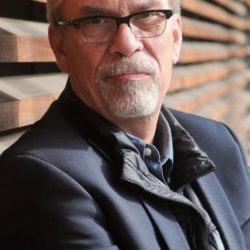 Does the Polish Centre-Left have a chance in a state that is governed by PiS? Exclusively and absolutely! If it is to be established. The opportunity is now perhaps greater for the progressives that is has ever been for the last quarter of the century.

There is a very simple answer as why in Poland, the country that is a successful story in terms of transformation, it is the nationalistic and populist conservatives with authoritarian inclinations – who grabbed the power. They were in the best position to fit into the vacuum created by the departure of the center-left, which effectively disappeared from the Polish political stage. Once again, if to claim that in the traditionally Western European sense social democracy existed in the last 30 years.

In the prevailing spirit of the 1980s and 1990s, the Polish transformation was in fact a neoliberal and conservatively flavoured project. It is hard to imagine that it could have been any different, as the intellectual and political hegemony of the neoliberal conservatives was at its peak those days also on the West. Poland of that time was a bankrupt, in a situation comparable with the one that Greece finds itself nowadays in, and in parallel it was also a kind of a nouveau-riche politely aspiring to enter the Free World. On one hand, the international institutions rather brutally (again as in case of Greece) imposed certain solutions onto the Polish government, on the other Polish (here dissimilarly to the Greeks) were humbly accepting and adopting those, understanding these as a compulsory fee to pay for a different future that they had been dreaming about for over 50 years.

In such circumstances of the 1990s, there was no space for the left politics to grow in Poland those days – as the terms in which politics was conducted was in fact predesigned by the Western creditors. There was however obviously a space for a new left wing party to emerge. This space was quickly inhabited by the actors known from the previous, formally or semantically claimed to have been a leftist system.

Diverse left wing groups allying with the pre-war tradition of the democratic left were trying to compete there, but they failed on unprecedented scale. The reason for their defeat was the fact that they did not have infrastructure, resources or human power that the post-communist formation had at its disposal.

Starting from the end of the 1970s, the aspirations to form a part of authorities and per extension the membership in PZPR (Polish United Workers’ Party) had been motivated by opportunism and search for a convenient, financially lucrative career.

Among the post-communists, there were many young, capable, smart and well educated, as aslo politically experienced already politicians. The leaders such as Aleksander Kwaśniewski, Józef Oleksy, Włodzimierz Cimoszewicz, Leszek Miller were shining as the proverbial diamonds, especially contrasted with the groupings of the left wing activists deriving from Solidarnosc-underground or returning from immigration. In that sense the postcommunists were, as one could say, “destined to succeed”. But the problem was that except the party emblem, there was not so much that many of the apparatchiks had with social democracy at that point. Starting from the end of the 1970s, the aspirations to form a part of authorities and per extension the membership in PZPR (Polish United Workers’ Party) had been motivated by opportunism and search for a convenient, financially lucrative career. This was more prominently present among the members as a career drive than an actual ideological conviction.

Remaining in the opposition, SLD was strongly into the left and to some extend also left-populist rhetoric. But when it entered the government, essentially is continued with many aspects of the neoliberal-conservative agenda – as promoted by the others. It did reach out towards new trends related with the Thirds Way, but the negative impacts of some of these prerogatives were more radical than in the West. This is because neither on the Polish left nor on the right, there has been an actual establishment or a well grounded relationship with the electorate, for that matter. After the fifty years of democratic vacuum (1939-1989), majority of the voters were at this point only beginning to search their ideological or partisan affiliation. When after 1993 SLD entered into power and it did pursue the neoliberal and conservative therefore agenda of changes, the voters focused on social affairs, who did not feel to be beneficiaries of the transformation, turned their backs and shifted towards the right wing populists instead.

Being in power for the second time in 2001 – 2005, SLD kept its left wing appearance, but in fact started with some of the items that later had been carried by the center-right agenda and gave birth to what is known as the “4th Republic of Poland”. The then established reform lines were then continued by the PO (Civic Platform) and have become drastically driven to extreme by PiS nowadays. In institutional dimension, this trend refers to all changes that empower the executive powers by transfer of prerogatives from the collegial bodies. The change empowers the Prime Ministers transferring to him/her some of the powers that until now the government possessed collectively, as also empowers Speaker of the House by reserving for him some of the decisions that until now only the Chamber could take jointly. To that end, it also pursues weakening of the so called third and fourth powers. Economically speaking, it translates into diminishing of social rights, curbing social policies, further deregulation of the labour market, transfer of the fiscal burdens from the rich onto the poor. In the international politics, it means eruption of Americanism, xenophobic neo-conservativism and euro-cynicism that means that the EU is seen as a cow to milk, which should, put bluntly, cry very little and demand very little as far as the values, but instead offer a lot of quality milk.

But with that, we can’t forget that it was the government led by Leszek Miller in 2001 – 2005, which made Poland engage in the war in Iraq, permitted the secret CIA prisons to be built on Polish soil, introduced low (19%) flat tax for entrepreneurs and self-employed, promoted great flexibility in application of labour code enabling people to enter “trash work agreements” and promoted the idea of change from progressive into a flat tax system altogether. This policy can hardly be described as a left wine one. But an important difference between SLD and the Polish right was its opposition to persecuting people for the lives they had led before 1989, as also defense of those, who committed mistakes in the times of transformation. In a lesser extend was Prime Minister Miller different to the right in the dimension of the civil liberties. He did not contemn abortion, but also did not do anything substantial for emancipating women and sexual minorities. Neither had he an agenda for very divided, disengaged and inexperienced civil society.

In that sense after 25 years of having been claiming the ownership of the place on the centre-left of the Polish political stage, this post-communists in the origins once upon a time powerful formation definitely collapsed.

This, later on clumsily modified, political line brought SLD (again under the leadership of Leszek Miller) into a sequence of electoral defeats. Unprecedented among them was the result of the Presidential candidate Magdalena Ogorek, who reached a low, one digit number support in Spring 2015. It contributed vastly to the situation that occurred a half a year later – when the party found itself outside of the parliament. c SLD has still a couple of percent among voters, quite a few members of local councils, 3 MEPs, some existing local level structures, state-granted subvention for political parties and perhaps even a small group of capable young activists. But in reality its defeat on the national level may be a factor prompting a creation of a new strong centre left in Poland.

This opportunity may be seized, if the SLD apparatus understands that it stands a choice between political death or merger with the authentic, non-post-communist left. It would require its readiness for a union, in which it would share its assets – material and institutional resources. Such an attempt was made ahead of the last elections, but it was not successful – again because the leaders of SLD remain self-centered. They moved into the second row giving a space to the new faces of the left by far too late – having rather competing within them and not supporting them in reality in the course of the campaign.

The departure of Leszek Miller opens the opportunity for the centre-left to get established, however it is not sure if SLD is yet ready for a different path. Much indicates that it may only be possible after yet another defeat – perhaps after the local and regional elections that are to take place in over two years. It is not clear, if the same chance that exists today will also be seizable then. It is quite probable that the current divide on the line left and right will be then replacled by a new divide, which will mark the conflict between democratic conservatism (PO, Nowoczesna Polska – Modern Poland) and the populist, authoritarian, but compassionate conservatism of PiS. In circumstances of such a polarization, there may be no vacuum to claim for the centre-left. Even if the more radical left will continue scoring at the same time. This may be to the benefit of RAZEM – which nowadays attracts those voters, who think left and those, who are simply dissatisfied with the Polish capitalism model as implemented since the grand transformation.