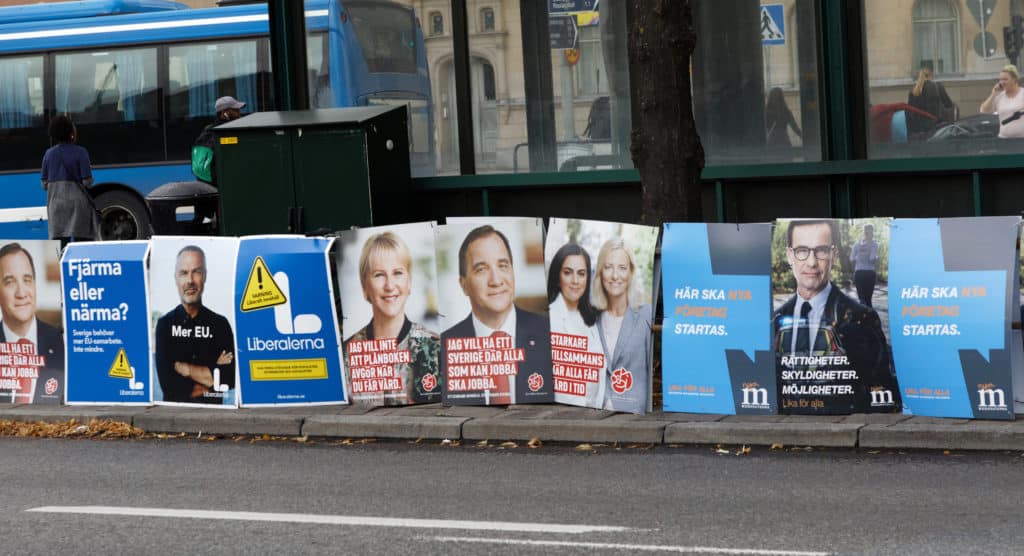 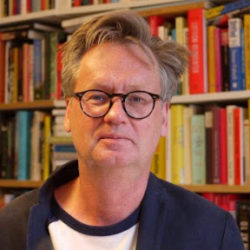 After the Swedish election on September 9 the question of who will rule Sweden is highly uncertain. The Social Democrats’ share of the vote fell from 31 percent in 2014 to 28.3 percent in 2018 but this figure was higher than that forecast in the public opinion polls carried out during the actual election campaign.

The Social Democrats are the largest party by a considerable margin and lead the largest block. However, the centre-right parties are now making a bid for power. The whole situation is further complicated by the increase in support for the Sweden Democrats in every election since 2006. Sweden has a new political landscape and faces a period of political uncertainty.

Throughout the term of the 2014-18 parliament, Sweden has been ruled by the Social Democrats in coalition with the Green Party. With the support of and through negotiation with the Left Party the Red/Green coalition has comprised the largest block in the Swedish Parliament and are larger than the “Alliance” which consists of the four centre-right parties. However, taken together with the right-wing populist Sweden Democrats they outnumber the Red/Green coalition in the parliament. Consequently, the Social Democrats have led a minority government. So far, no party has made overtures to or indicated a willingness to cooperate with the Sweden Democrats (SD). The SD has fascist roots although they have sought to play down their past and to become a more conventional right-wing populist party.

This distribution of power has made it difficult for the Social Democratic led government to implement many of its political initiatives. In a number of cases they have succeeded thanks to the support of parties outside the Red-Green coalition. On occasions the government has succeeded in putting together agreements across party lines. With a single exception (autumn 2014) the government has succeeded in getting its budget approved and has been able to use this essential device to impose their economic and political will. This has resulted in increased investment and increased employment within the public sector. The taxation quota has increased. The economy has developed positively, with a high level of employment and unemployment decreasing. The high rate of growth has resulted in increased revenue from taxation. Sweden has a very low national debt as a percentage of GNP which has enabled the government to focus on welfare programs.

The influx of immigration which occurred in 2015 created considerable challenges for Sweden as one of the countries which accepted most refugees. Prior to the second half of 2015 there was a broad consensus in favour of a liberal refugee and immigration policy. Towards the end of 2015 there was a political sea change. Sweden adapted to the political trends emerging in other EU countries with several parties changing from a liberal to a more restrictive standpoint. The debate no longer viewed immigration as beneficial but focused instead on the problems it would cause. Not least, the need for better integration has been emphasised. Issues relating to law and order, organised crime, and gunfights between rival gangs have become prominent features in the debate. All parties have promised more money for policing and the combating of crime.

Although the Social Democratic share of the vote fell from 31 to 28.3 percent, the result of the election is considered something of a success.

The Election Result from a left perspective

In principle the result of the election has not changed the balance of power. The red/green parties are still bigger than the centre-right coalition, although the margin is smaller than previously (now by only a single seat). However, what is most significant is that the Sweden Democrats have increased their share of the vote and strengthened their position, taking 17,5 percent. This is remarkable since the party only gained entry into Parliament for the first time in 2010. This further complicates the conditions for future governments and could potentially redraw the political map.

Although the Social Democratic share of the vote fell from 31 to 28.3 percent, the result of the election is considered something of a success. Compared with developments in many other European countries, despite this apparent decline in support, the Social Democrats have maintained a strong position and are by a considerable margin still the largest party. It must be remembered that the Social Democrats have been in power for four problematic and turbulent years. Furthermore, these electoral losses were not nearly as great as had been feared and certain opinion polls had predicted. During the months leading up to the election some polls indicated that the Social Democrats would get as little as 22 percent while the average rating on election day forecast between 24-26 percent. Taking this into account, the actual result of over 28 percent must be considered surprisingly good. This appeared to be the result of the mobilisation of support and a shift in opinion in the later stages of the election campaign. The Social Democrats remained, as a result, easily the largest party for members of the blue-collar trade union LO despite considerable support for the Sweden Democrats among its members.

The Social Democratic election strategy must be viewed against a background of the difficulties experienced by the left in many countries around the world. The strategy focused on tougher measures against crime, a restrictive immigration policy and increased funding for welfare. At the start of the election campaign many social democratic activists were critical of the Party’s increasingly restrictive approach to immigration. There were a number of notable defections from the Party for this reason. After this crisis the focus shifted to welfare issues – which had been the intention from the start.

The Social Democrats gave a number of undertakings regarding improvements in welfare, for example increases in pensions and an extra weeks’ holiday for families with children. Just before the election they proposed an increase in taxation on capital. It is still too early to say with any certainty what accounted for the Social Democratic recovery, sufficient to say at this stage that the result of the election was surprisingly favourable despite the decline in support among the electorate.

The difference between the traditional left and right of centre blocks after the election is a single seat.

The Left Party increased its share of the vote by over two percent compared with the previous election to 8 percent. Many observers expected that the Left Party, which was not formally part of the ruling coalition but gave its support for the budgets, would do better. The Green Party which had occupied ministerial posts for the first time declined to 4.4 percent and is now the smallest party in the Parliament. It is common for smaller parties which participate in coalitions to be punished by voters. The impression is that the Party has made too many compromises on key issues, not least its acceptance of the change in immigration policy while still remaining in the government. The environment, which is the Party’s core issue, was high on the agenda during a summer which saw a heatwave and extensive forest fires in its train and this may have kept the Party above the 4 percent required for entry into Parliament. Together the ed/Green” parties are still the largest block in Parliament – if only by the smallest of margins. The difference between the traditional left and right of centre blocks after the election is a single seat.

The future of Social Democracy – from crisis to renaissance?

From a European perspective, the Social Democratic result in the Swedish election is a positive signal. In several elections in recent years social democratic/progressive/ socialist parties have seen their electoral support decline and, in some cases, significantly weakened. With that in mind the Swedish election could indicate that there is light at the end of the tunnel. The recovery achieved in the last stages of the election by focusing on welfare reforms and a fairer distribution of wealth could be the first signs of a recovery.

The outcome will determine if it will be possible to form a progressive government in the future!

That is not to say that the Party does not face enormous challenges. The decline in support for Social Democracy in Sweden has been going on for some considerable time. Furthermore, in this election the Party has shed voters outside urban areas, in the previously industrialised medium-sized and small towns and communities.  Whoever lays claim to govern must have broad popular support throughout the country.

A form of Social Democracy based on universalist values must address the political challenges and tasks of our time. In addition, the Social Democratic organization and its links to the people must be reformed and strengthened. Its working processes must be modernised. Moreover, Social Democracy must put forward a more coherent and substantial program targeting key political areas. This must be combined with sustained and resolute leadership which can unite a broad church of electoral support and avoid internal conflict.

Herein lies the enormous challenge which faces Social Democracy in Sweden and in Europe. The outcome will determine if it will be possible to form a progressive government in the future!