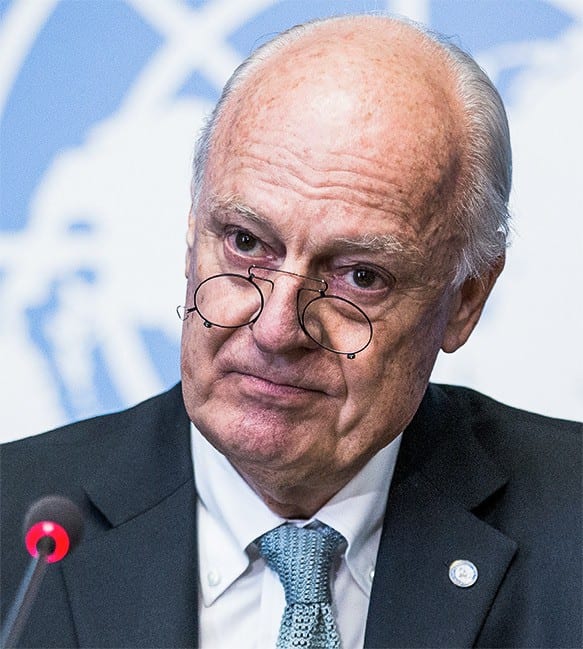 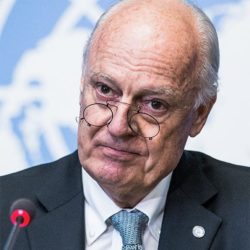 As an epitome of soft power, the EU is often conceived as a role model for peaceful integration. However, in a global context of conflicts, the rise of radicalism and terrorism, is soft power muscular enough to tackle the problems the Union faces today?

As a citizen of two European countries, Italy and Sweden, married to a Belgian, and the proud father of two French daughters, I consider myself a quintessential European.  My Dalmatian/Venetian father was even born a subject of that arch-European country, the Austro-Hungarian Empire.

And I have come to think it may not be by mere coincidence that the European Union’s star-adorned flag shares, albeit in a darker hue, the dominating blue colour of the flag of that other international organization that has come to define my life and work – the United Nations.

I have worked for 43 years for the UN in 19 conflicts and a large variety of situations – from coming to the rescue of Meo tribes at the end of the Vietnam war and spearheading food distributions and aid-drops in famine-stricken Ethiopia in the mid-80’s, to organising vaccination campaigns in Sudan and advancing peace and political processes in various countries of the broader Middle East throughout the past decade. And through my encounters with the people in all these places, I have come to realize where the strength and the limitations of the global organisation lie: the name of the game is its moral authority.

The muscles of institutions

The moral authority of the UN derives from a variety of factors encompassing the universality of our Charter, proclaimed in 1945 when World War II was approaching the end of its litany of horrors. The normativity of the international law that emanates from its legislative organs, the impact of its Secretary-Generals in war zones and peace processes throughout its history, and the field work of its specialized agencies all around the world in support of humanitarian assistance, development, and human rights of every woman and man.

But few organizations have been as criticized as the UN for its perceived lack of muscle, its inaction when the membership of the Security Council is divided, and the sometimes gargantuan scale of its bureaucracy. Even its peacekeeping arm is tributary of the troops that are allocated to it and, most importantly, the mandates that are given by the Security Council.  At the end of the day, my beloved UN is the sum of what its members want it to be, leavened by the creativity, commitment and moral courage of its staff.

Just like the UN, the EU has been at times the subject of admiration, and equally of disappointment – often unfairly.  The tale of a group of countries that managed to rise above the ashes of centuries of dreadful wars, the last two of which engulfed the entire world in their madness, to found an economic community slowly turning into a political union, has been a source of inspiration for many. Including me, who as a university student used to participate in peaceful but vociferous demonstrations urging European-reluctant politicians to implement without delay the vision of Spaak, Adenauer and others.

The EU as a role model

At the same time, the failures of the Union in times of crises, and the resentment they have created, sometimes amongst European peoples themselves, should not be ignored. As an epitome of soft power, the EU is rightly seen as a convincing role model for others. But the limitations of its paradigm have caused it to look frail and defenseless against perceived menaces from abroad – the financial crisis that started in 2008 has challenged the monetary and economic stability of the Union ever since.

Even more telling in this regard has been the nexus of terrorist attacks in European countries and influx of refugees that have been linked to the destabilisation of the Middle East, Europe’s near abroad.  It would be easy to make a superficial assessment from that situation that the EU is threatened in its security and its identity, due to the alleged unrealism of its original vision.

Nothing could be further from the truth.  The soft power of the EU is not in itself a problem – on the contrary it is the Union’s DNA, the defining element that holds it together.  The real question is what to do with it, and how to transcend it when needed.

The impact of the Middle East wars on Europe are a call on all Europeans to look into the roots of the symptoms that affect us. As I know from my daily work, the arrival of Syrian refugees in Europe is clearly a direct consequence of almost six years of conflict in their homeland, the advances of terrorist groups, and the failure to date of the international community to help Syrians solve the conflict that is tearing their country apart.

While Europe is not directly involved in the conflict, it can contribute to addressing it by establishing a common understanding on how to receive refugees with dignity and by maintaining its efforts to fill the gap of funding. And as we saw with the Iran negotiations and in the Balkans, when united, European diplomacy and values can help build vital bridges in and with troubled regions, and even beyond. In my opinion, Europe will only succeed by upholding the moral values that shape the Union, not by turning our backs on them.

My point is this: just like the UN, the ambition of the EU can be inhibited only by that of the member states that constitute it. The challenge of turning soft power and moral authority into operative tools to address the challenges of our time is our collective opportunity.  It falls to us as European citizens to demand from our elected leaders that they show the values and imagination to be worthy of this aspiration. The future of the EU deserves no less than that.