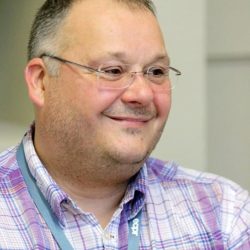 Donald Trump’s shock victory in the US presidential elections has led to an explosion of media speculation about a “populist surge” around the globe with eyes focused specifically on European countries slated for national elections in 2017.
While France and Germany attract most attention, for obvious reasons, the Netherlands deserves a special place because of Geert Wilders, the unofficial leader of the loose global “Counter-Jihad” movement.

Socio-economic anxieties
To be clear, the success of Donald Trump (and Brexit) is both similar and different to that of populist radical right parties in Europe. Broadly speaking, they profit from a combination of economic anxiety, political dissatisfaction and racial resentment. In essence, it is the socio-cultural translation of socio-economic anxieties that boost the radical right. But Trump is more than a radical right leader; he was also the candidate of the mainstream right party and many non-radical right people voted for him out of party loyalty, having preferred a mainstream right opponent of Hillary Clinton, who is broadly despised in Republican circles.

few, if any, Europeans will vote for a local radical right party because of the outcome of the US elections, Trump’s victory does give the European radical right a welcome narrative advantage. It allows them to argue that they, rather than the established parties, are the true voices of the current zeitgeist. Moreover, the fact that experts and opinion polls were largely wrong on both, radical right parties are strengthened in their critique and dismissal of them in their own election campaigns. When experts will argue that the radical right is underperforming in the polls, Le Pen and Wilders can argue that these same experts didn’t predict the victories of Brexit and Trump.

The perfect storm of the Greek crisis
Like most established radical right parties in Europe, the Party for Freedom (PVV), of which Wilders is the leader and only official member, spiked in the polls last year, profiting from a perfect storm created by the Greek crisis, the so-called refugees crisis, and various terrorist attacks in nearby countries. Having gained a mere 15 seats (out of 150) in the 2012 parliamentary elections, the PVV had been stuck around seats until the refugees crisis catapulted it to highs of over 40 by the beginning of 2016.

But like other European radical right parties, early 2016 seems to have been its peak, at least for the moment, and the PVV has been losing support rapidly since. On average polls have Wilders’ party at 25 seats, a few seats behind the conservative VVD of Prime Minister Mark Rutte. Moreover, the relationship between Rutte and Wilders is at an all-time low, and both are trying to make the elections into a two-horse race. Consequently, Wilders’ chances of joining, let alone leading, the next Dutch government are miniscule.

An authoritarian discourse
This is not to say his influence will be limited. Almost all Dutch parties have taken an uncooperative position on the EU’s refugee distribution plan and Prime Minister Rutte in particular has recently adopted a discourse that is increasingly rooted in authoritarianism and nativism. Moreover, the Dutch party system is one of the most fragmented in Europe, with no single party gaining more than a quarter of the vote. This means that the next (Rutte) government will probably be even weaker than the current one, which just lost its parliamentary majority, and will be confronted by an emboldened PVV as the strongest opposition party.