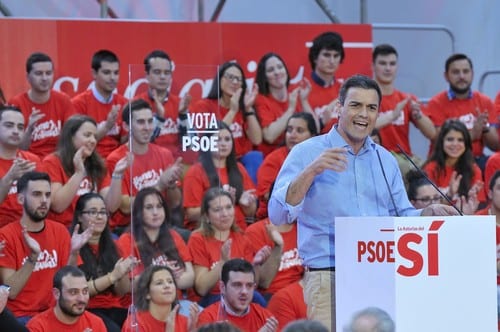 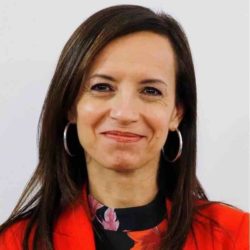 Due to the deliberate inaction of the conservatives and, after that, to the complex parliamentary arithmetic for the PSOE, the country’s great challenges have not been addressed for years. It’s time for Spain with Pedro Sánchez, who has already introduced, as Prime Minister since June 2018 very visible changes in Spanish politics.

Finally, the Ministers of the new government of Pedro Sánchez were sworn into office last 13th January, after the Spanish legislative elections of the 10th November. These elections (the second ones in 2019) resulted from the lack of agreement between the progressive forces in the aftermath of the April 2019 elections. In the meantime, the previous Sánchez’s government was just acting in a caretaker capacity, a situation that prevented it from using all the constitutional powers vested in the executive branch.

“Since June 2018, PM Sánchez has already introduced the restoration of the universality of public healthcare, the exhumation of Franco’s mortal remains from his official place of burial to a private one, an increase of more than 20% of the minimum wage, a tight grip on the unpaid overtime of workers…”

Since he came to power in June 2018 through a motion of no-confidence against the government of his conservative predecessor Mariano Rajoy, Prime Minister Sánchez has introduced, in a sensitive parliamentary situation (the Socialist Party, PSOE, had just 84 seats out of the Spanish Parliament’s 350), many and very visible changes in Spanish politics: the restoration of the universality of public healthcare, the exhumation of Franco’s mortal remains from his official place of burial to a private one, an increase of more than 20% of the minimum wage, a tight grip on the unpaid overtime of workers…

The agreement between the Spanish Socialist Workers’ Party (PSOE) and the different progressive forces has made a progressive government possible, with a majority of PSOE ministries and one Vice Presidency and four Ministries for Unidas Podemos. It’s the first coalition government in our country since the Civil War in the 1930s.

In a European context, it is particularly remarkable that Ciudadanos (Citizens-Party), the supposedly most liberal right, has chosen – since December 2018 – to side with the People’s Party (PP) and the far-right, instead of facilitating a PSOE government. The relationship of Ciudadanos with the far-right has become closer and closer in the regional and local governments, thus contradicting the role of Liberals in the rest of Europe and consequently suffering a dramatic drop from 57 seats in April 2019 to 10 seats in November.

But why did Spain need a government? The country’s great challenges have not been addressed for years, first due to the deliberate inaction of the conservatives and, after that, to the complex parliamentary arithmetic for the PSOE. After the elections and with greater parliamentary support, PSOE can now tackle the problems that everyone knows about in Spain and that are becoming more and more urgent: especially, the transition to a green economy and the adoption of measures to prevent another economic crisis, a strong fiscal reform that gets the highest incomes involved in sustaining the welfare state, the territorial issues (not only the political confrontation in Catalonia, but also the ageing population and the depopulation in inland Spain), far-reaching and quality measures that support the effective equality for women in all political and social spheres, and enhancing Spain’s role within the EU and in relation to Latin America.

The structure of the new government and the chosen profiles provide an encouraging outlook for Spain and will contribute to finally laying the foundations for the country’s development, not only for this parliamentary term, but probably also for the next 10-20 years.