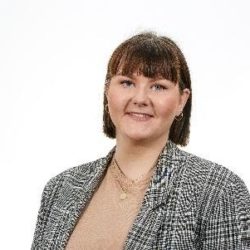 The work on revising the fiscal rules of the European Union had started long before Covid-19. The global pandemic had put the work on hold, for good reasons. Now that the EU debt levels have risen to new highs the past year, there is a strong need to speed up the process to ensure the EU’s legitimacy and credibility.

Already before the Covid-19 crisis, a working group of the Economic and financial committee under the EU’s Economic and Financial Affairs Council had started to review the bloc’s fiscal rules. Even in the beginning of 2020, when the Commission adopted the Communication on the economic governance review, a majority of member states had returned to sound budgetary positions, and with some exceptions (France and Italy), government debt ratios had been put on a firm downward path. The effort to renew the deficit and debt rules in addition to Medium-Term Budgetary Objectives and structural balance was undertaken after a wide analysis of the EU’s fiscal rules indicating that the rules maintained a trend of procyclical policies, which enforced economic fluctuations, when instead they should act as countercyclical buffers. Not only have the fiscal rules been counterproductive in economic terms, but their complexity and arbitrary nature has made it difficult to understand their aim and purpose, which does not sit well in modern-day policy targets such as the fight against climate change. The greying of the population of Europe, and its resulting need for increased social and healthcare services, does not make it any easier to cut expenses or increase public income without restructuring the tax base.

A few months after the announcement of the Communication, the situation and the outlook were completely different. The massive shock caused by the Covid-19 health crisis and the valiant attempt to mitigate its social and economic impact have led to an unprecedented increase in government deficits and debt levels in all Member States. For the euro area as a whole debt is expected to jump to above 100 per cent of GDP in 2020, after having declined to 86 per cent in the preceding years.

The Covid-19 health crisis has radically changed the perspective on the future of the EU fiscal framework. The public consultation launched by the Commission with the publication of its economic governance review was organised in a context where most, if not all, observers were critical of the way the EU fiscal rules had been implemented; and where a few saw a need for radical changes.

Due to the pandemic, going back to the old fiscal rules and 60 per cent debt levels is unrealistic. Not only would achieving these levels require inhumane austerity measures, but for the member states to continue disobeying the rules would also continue to decrease the credibility of the EU as a whole. It is crucial to review the rules to ensure adequate fiscal capacity for wellbeing, and also to maintain the EU’s legitimacy and credibility – the lack of which could lead to a dangerous increase in EU scepticism and populism.

There is a need to speed up the review process of the EU fiscal rules to guide national and EU level political discussion, and to inform the intentions in a transparent manner. I suggest the following reforms for more efficient and suitable future of EU fiscal policy, which are widely supported both by the academia and European Fiscal Board (EFB):

The current debt level of 60 per cent is arbitrary in terms of academic or any technical analysis. The debt rule was already difficult to follow before Covid-19 and will be even more so after. And it is hard to find any economic reasoning for this specific level. The debt rule, should the framework allow flexible expenditure and public investment, while maintaining a medium to long-term balance in net primary expenditure, will be unnecessary. Public sector should have the opportunity to revitalise and sustain investments even in recessions. This follows the so-called golden rule that investments should be financed with debt and current expenditure with income over cyclical fluctuations.

The 3 per cent deficit rule is as arbitrary as the debt rule and acts as a barrier for public investment, reforms and any expansionary fiscal policy. The EFB has suggested an operational target for net primary expenditure for medium term which would not hinder public investment. Any investment on climate change could be counted out from the operational rule. The structural deficit rule allows de facto but not de jure country-based differentiated speeds for expenditure. In addition, the process of analysis is unclear which further decreases trust and transparency.

Current accounts are a major indicator of fiscal capacity in the member states and should be considered as a fiscal rule. Current account imbalances were one of the main causes of the Eurozone crisis. Rules based on current account management should therefore be significantly strengthened. Current account deficits and surpluses should be treated symmetrically, for example by requiring the 3 per cent deviation from balance to be invested in the European Investment Fund.

The current crisis underlines once more the need for further deepening the Economic and Monetary Union. One crucial element would be a permanent and genuine central fiscal capacity. This central fiscal capacity should ideally take the form of a larger EU budget, financed by own resources, and with the capacity to borrow in the event of large shocks. Its size should be profound, and the spending should focus support on EU investment priorities.

These suggestions to reform the EU fiscal rules were both economically and politically necessary already before Covid-19 crisis. But it was difficult to find a political consensus on them, which has led to a pause in the revision process. Now, with the globally higher debt levels, it is not only necessary but crucial to continue the process. The EU fiscal rules are important to EU’s future credibility and political stability. It is time to get back to work.

Changing the debt rule would miss the point, by David Rinaldi