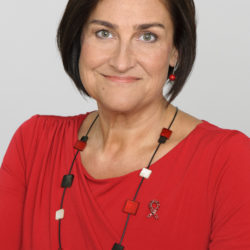 While abortion has always been a contested issue, we have recently witnessed a renewed activism aiming to erode women’s human right to control their body. The ongoing concerted action to undermine abortion laws needs to be analysed and countered decisively. Including the right to abortion in the EU Charter on Fundamental rights could be an important step.

In a few short years, Polish women have gone from an already very repressive abortion regime to a de facto ban, with several women paying the ultimate price by losing their lives. American women woke up in late June of this year to discover that their Supreme Court had taken away what had been a constitutionally guaranteed right to abortion since 1973. While just a few weeks ago, in Hungary, the government of Prime Minister Viktor Orbán adopted a series of medically unsound measures aimed at humiliating and intimidating women into abandoning recourse to abortion.

These developments reveal two disturbing truths: first, the gains we thought we had achieved in many countries regarding women’s rights back in the 1960s, 70s and 80s are not safe and may be reversed. Second, the ones who wish to roll back human rights are not just the same social and religious conservatives who have personal convictions on some ethical issues, but ambitious and savvy political actors who don’t always share our common values of liberal democracy and the rule of law.

Are our human rights in danger?

A first point to clarify is the long-held assertion of many conservative actors that ‘there is no right to abortion in international law’. This argument is a red herring as, indeed, there is a whole body of international law, jurisprudence and normative guidance which provide explicit guarantees for women’s access to health, privacy and empowerment, which include safeguards to access to safe and legal abortion. Two recent examples: the first comes from the European Parliament, with the report of S&D colleague Predrag Fred Matić on the Situation of Sexual and Reproductive Health and Rights (SRHR) in the EU, adopted in June 2021. Matić’s report specifically urges “the member states to decriminalise abortion, as well as to remove and combat obstacles to legal abortion”. Notably, his report was adopted by a broad political consensus, with only the far-right voting en bloc against it. A separate development are the guidelines on abortion issued in March 2022 by the World Health Organization (WHO). The WHO Abortion Care Guidelines specifically call for “the full decriminalisation of abortion” and emphasise that “abortion be available on the request of the woman, girl or other pregnant person”. Likewise, these guidelines “recommend against laws and other regulations that restrict abortion by grounds” or “based on gestational age limits”.

However, despite the progress in political support and a better understanding of the public health consequences of laws and policies on abortion, in many cases, our national laws have failed to keep up. With the European Parliamentarian Forum on Sexual and Reproductive Rights (EPF), in 2021, we released the European Abortion Policy Atlas, which analyses the legislation regulating abortion in over 40 countries across geographic Europe and the results are startling. Far from having solid laws which guarantee a ‘right to abortion’, 14 countries and territories still regulate abortion via their respective penal or criminal codes. In 19 countries, women face medically unnecessary barriers to access, and 31 countries don’t include abortion in the national health system’s financial coverage. In short, the vast majority of European countries, including many that would consider themselves progressive and where the public believes that ‘abortion is a woman’s right’, have outdated laws which do not reflect this.

There is a plan to undermine human rights

These outdated laws on abortion have become the target of a new set of actors in Europe, the so-called anti-gender actors. They aim to reverse progress on sexual and reproductive rights, the human rights of sexual minorities and even gender equality. These anti-gender actors have emerged in nearly every European country, have organised, networked, and become professional. They have a clear, three-fold strategy for undermining abortion laws, namely 1) to prevent; 2) to restrict, and, eventually, 3) to prohibit abortion. It is clear how this is being played out across Europe and beyond.

First, in terms of ‘restrict’, anti-gender actors do not mean preventing unwanted pregnancy through access to voluntary contraception (EPF also produces a European Contraception Policy Atlas, which highlights how countries can improve access to contraception), but rather to prevent pregnant women from accessing reliable information and legal health services by deceiving them through an intricate labyrinth of fake websites and fake health centres known as ‘crisis pregnancy centres’. These operate in many European countries and are sometimes funded by public authorities. An example of ‘restrict’ are the recent measures adopted in Hungary, obliging women to listen to a putative embryonic ‘heartbeat’ at a stage in gestational development where the cells have not yet coalesced into organs. In terms of ‘prohibit’, we see what this looks like in Poland, where women have no legal access to abortion, resulting in what many call a de facto ban.

These are not separate developments, resulting from an increasingly conservative public opinion. They reflect the strategic organisation of anti-gender actors, forging alliances with political actors often on the hard, radical, and extreme right of the political spectrum. And we should not underestimate their power: in 2021, EPF released a report entitled Tip of the Iceberg: Religious extremist – Funders against Human Rights for Sexuality & Reproductive Health in Europe. It revealed that between 2009 and 2018, over US$700 million flowed into this movement in Europe. These sums came from the US Christian right, many organisations now close to former President Trump, as well as Russian oligarchs (who have been banned because of their extremist views and involvement in aggression against Ukraine), as well as many social and economic elites across Europe. This funding has not only gone to undermining abortion rights, but also to depriving sexual minorities of their right to equal treatment, campaigns against the Istanbul Convention on Violence against women, and even to challenging the rights of children before European courts.

The need to move forward

Understanding that our long-held human rights are in danger is a first step. Understanding who is challenging them and how they are organised, financed and allied with forces which aim to undermine liberal democracy and, at times are even geo-political rivals to the European project is crucial in developing counterstrategies. Chief among these strategies is to better guarantee a whole series of human rights, for example, by updating our abortion laws in light of the 2022 WHO Abortion Care Guidelines. Many abortion laws were adopted decades ago and reflect the medical and political consensus of past generations while the 2022 WHO Abortion Care Guidelines provide a new high bar for us to modernise our legislation to live up to the aspiration that ‘abortion is a woman’s right’.

Next, we need to understand how abortion, and related human rights in sexual and reproduction, are being deliberately instrumentalised by political actors aiming to unstitch liberal democracy and the rule of law. It is no accident that the abortion ban in Poland is the result of a contested ‘constitutional tribunal’ which is the subject of the EU’s rule of law scrutiny, that the reversal of Roe vs Wade in the USA happened after the Trump Administration stacked the Supreme Court with three appointments, or that Prime Minister Orbán uses abortion and the rights of sexual minorities as a pawn in his power games with the EU.

The right to abortion, the rights of sexual minorities and concerning gender equality, should specifically and prominently feature in our attempts to halt the democratic backsliding we see worldwide, including in the EU. Finally, as we look towards the EU elections of 2024, let us build a broad political consensus on the idea of including the right to abortion in the EU Charter on Fundamental rights, which would serve as a guarantee for a whole series of related human rights as well as democracy.