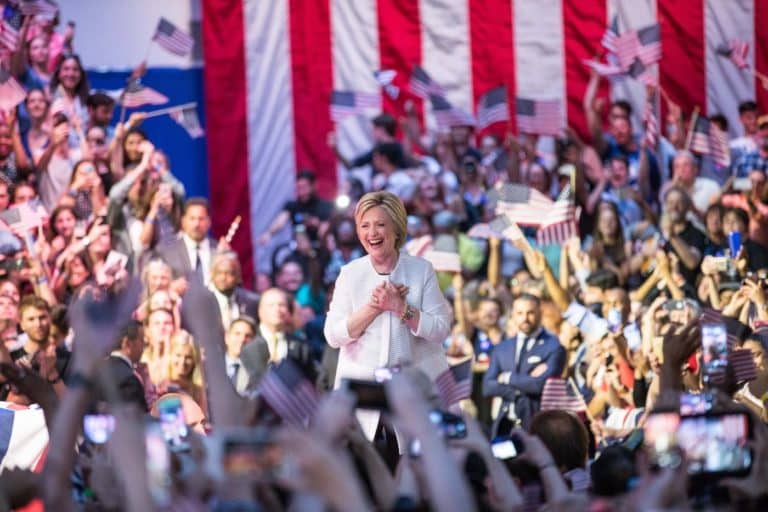 The Democratic primary is finally over. Hillary Clinton won decisively in California and New Jersey and took two of the other three contests on the last meaningful day of the Democratic primary, losing only the very low turnout North Dakota caucus. She has clinched the majority of pledged delegates by a wide margin, leading Sanders by more than 300, and holds an overwhelming majority of superdelegates, putting her far over the number she needs to secure the nomination. She is now the presumptive nominee. If Bernie Sanders has not formally conceded by the time of publication, it is only a matter of time before he does.

The last day of campaigning was not without drama. The Associated Press actually called the race on the eve of the California primary by contacting each of the superdelegates committed to Clinton and obtaining their assurance that they would in fact be supporting her at the convention. This created the odd situation of a major media outlet determining the winner of an election on a day that no votes were cast. That only added fuel to the already raging fire among some Sanders supporters that the fix was in. In the end, it didn’t matter, as Clinton won by more than 13% in California, a margin that could not possibly have been created by the premature call of the race by the AP.

The Clinton campaign now begins the task of unifying the party and turning toward the general election matchup with Donald Trump. As I discussed in the previous edition of this newsletter, the philosophical divide that has dominated this primary battle is real, but the likelihood is that Sanders supporters will end up backing Clinton in the general election, just like Clinton voters cast their ballots for Obama in 2008 after a much more contentious primary fight. It could be, however, that the candidate that Clinton is facing this fall, Donald Trump, has as much to do with Democratic consolidation as any other factor.

It has been nothing short of a devastating couple of weeks for the Trump campaign. Where to begin. Since clinching the nomination several weeks ago, it was expected that Trump would moderate his tone and shift his attention to attacking Democrats in general and Hillary Clinton in particular. That hasn’t really happened. At all. Trump has continued his attacks on other Republicans, going out of his way to lay into the Republican governor of New Mexico, Susana Martinez, during a campaign appearance in her state. Trump’s attack on Gov. Martinez was not only against a popular sitting governor of his own party, but the only female Hispanic governor in the country.

In the run up to the Memorial Day holiday here in the United States that commemorates those who lost their lives in service to their country, the media caught Trump in a lie about donating $1 million of his own money and another $5 million he had raised and pledged to veterans charities. Earlier in the campaign, Trump had boycotted a Republican candidates’ debate in January hosted by Fox News because of his fight with Fox News host Megyn Kelly. Instead of participating in the debate, Trump held a fundraiser for veterans in which he pledged $1 million of his own money and boasted raising more than $6 million total. Only he never actually gave most of the money away, including his $1 million. That is, until repeated press inquiries about the funds forced Trump to send more than $4 million to veterans’ charities in late May, including his $1 million. He held a very combative press conference to announce the donations, during which he repeatedly fought with reporters and, calling one of them “a sleaze.”

Then Trump chose a campaign event in San Diego, California, to launch a remarkable assault on a sitting federal judge who was overseeing a civil lawsuit against Trump related to fraud allegations against Trump University, a for profit institution that offered training in Trump’s real estate strategies. In a series of attacks that continued for more than a week, Trump accused the judge, Gonzalo Curiel, who was born in Indiana to parents of Mexican descent, of being biased against him because he is Mexican and Trump wants to build a wall on the U.S.-Mexican border.

This went on for several days, with reports that Trump was fighting with his staff when they attempted to get him to stop attacking the judge with blatantly racist attacks. Unbelievably, the attacks on the judge did distract a little from the substance of the Trump University lawsuit, in which dozens of students allege that Trump defrauded them in a real estate marketing scam that utilized extremely aggressive sales techniques and did not deliver on its promises despite costing tens of thousands of dollars.

Amidst this debacle, Clinton delivered her most pointed speech of the campaign, eviscerating Trump as reckless, impulsive, and dangerous and unfit to be Commander in Chief of the United States military. She directly warned that electing Donald Trump as president would risk nuclear war. National security was expected to be an area of strength for Republicans heading into this election, as they enjoyed a sizable advantage in the polls over Democrats on this issue and believed that the “Obama-Clinton” foreign policy is weak and feckless. But in a dynamic that spells doom for Trump and Republicans, Clinton accused Trump possibly starting a nuclear war and literally no prominent Republicans came to Trump’s defense.

Sen. Lindsey Graham, a South Carolina Republican who ran an ill-fated campaign for the presidential nomination, said after the Judge Curiel attacks, “if anyone was looking for an off-ramp, this was probably it.” Sen. Mark Kirk, a Republican of Illinois who faces a very difficult re-election campaign this fall, took the off-ramp and un-endorsed Trump this week. The Speaker of the House, Paul Ryan, the highest ranking Republican elected official, called Trump’s attacks on Judge Curiel “a textbook example of a racist attack,” but he so far has not withdrawn his support for the Republican nominee.

This has all occurred in the past two weeks. There are five months until Election Day. This dynamic is unsustainable. Trump is not going to change his tone or moderate his rhetoric. Republicans are going to have to choose whether they support Trump and risk alienating huge swaths of the American public, perhaps permanently, or withdraw their support and incur the wrath of Trump’s supporters. They are in a no-win situation for which I have no sympathy.