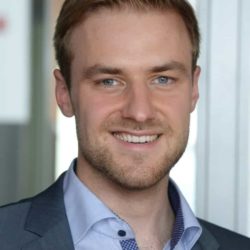 In 2017, Germany will run a balanced budget for the fourth year in a row. This surplus, universally known as “Schwarze Null”, is accompanied by high hopes: its supporters predict that it will mean nothing less than the end of the era of permanent austerity. Yet this optimism rests on shaky grounds.

The government’s capacity to shape the course of society has declined in many developed economies since the 1970s. Political decisions increasingly appear as the inevitable result of external constraints rather than as the outcome of democratic deliberations. Emblematic for this development is Margaret Thatcher’s famous dictum that “there is no alternative”, which politicians of all stripes use to justify unpopular measures.

Fiscal democracy is being lost

One of the most important reasons for the decline of many countries’ capacity to shape their own political destiny is the rise of public indebtedness and the parallel decline of fiscal room for maneuver. According to American political scientist Paul Pierson, we live in an age of “permanent austerity”.[1]

In this era, governments are increasingly preoccupied with paying for decisions of the past instead of making new decisions that shape the future. Mandatory spending, which is determined by laws that have been made in the past, is growing every year. Discretionary spending, which is optional and about which can be decided in the present, by contrast, accounts for an ever-declining share of public expenditure. Many analysts have interpreted this development as a decline of “fiscal democracy”

The “Schwarze Null” to the rescue?

This weakening of fiscal democracy has several negative consequences. First of all, it often leads to a decline of public investment. A lack of investment in education or infrastructure puts a country’s economic prosperity at risk and raises important questions of intergenerational justice. Moreover, a feeling that elections do not make a difference anymore because governments cannot fund new policy initiatives can trigger disillusionment with politics and voting abstention.

Regaining fiscal capacity is thus an important goal. How is it to be obtained? In the eyes of its supporters, the “Schwarze Null” offers the urgently needed answer to this question. This answer is based on a simple logic of causal symmetry: As growing deficits lead to a decline of fiscal capacity, surpluses will lead to a recovery of this capacity. If a country manages to regain its fiscal room for maneuver, it will thus be able to decide between political alternatives again. To quote former Canadian Prime Minister Paul Martin, citizens of a country with surpluses will be “able to forge a new destiny for [themselves].”[3]

Other countries give reasons for doubt

To evaluate the plausibility of this optimistic prediction, I have analysed the experiences of other countries with budget surpluses. Six rather diverse countries – Australia, Canada, Denmark, Finland, New Zealand, and Sweden – managed to balance their budgets in the mid-1990s and to keep them in surplus for more than a decade (Graph 2). This allowed them to reduce their public debt substantially. Consequently, their interest burden fell by almost three percentage points of GDP on average. They thus had substantial new fiscal room for manoeuvre.

As my analysis shows, however, these countries scarcely used this fiscal leeway for new investment. Neither did they increase their infrastructure investment, nor did they invest more money into education, research, or family policies (Graph 3). Instead, the largest part of the surpluses financed tax reductions. These tax cuts naturally pleased their beneficiaries, but did not contribute to solving the problem of declining fiscal capacity. In fact, they further constrained fiscal policy by restricting the availability of new revenue.

Surpluses did thus not signal a return of activist government. Instead, fiscal policy in surplus countries remained heavily constrained by the decisions of the preceding consolidation period. Measures that had been taken to fight the constraints on the fiscal room for manoeuvre – like the introduction of harsher budgetary rules – now restricted the political room for action. The commitment to surpluses was thus not a sign of a growing capacity of the state but rather of its shrinking ambition.

Those who care about the future of activist government and about a recovery of fiscal democracy should therefore not put too much hope in the “Schwarze Null”. After all, in an age of permanent austerity, the fiscal capacity of governments remains structurally constrained on two sides: on the revenue side, globalisation and a concern about economic competitiveness put permanent downward pressure on the taxation of mobile factors. And on the expenditure side, demographic change still puts upward pressure on pensions and other types of welfare spending. The “Schwarze Null” does nothing about these structural trends. It may temporarily alleviate some of the symptoms of permanent austerity, but does not eliminate its underlying causes.