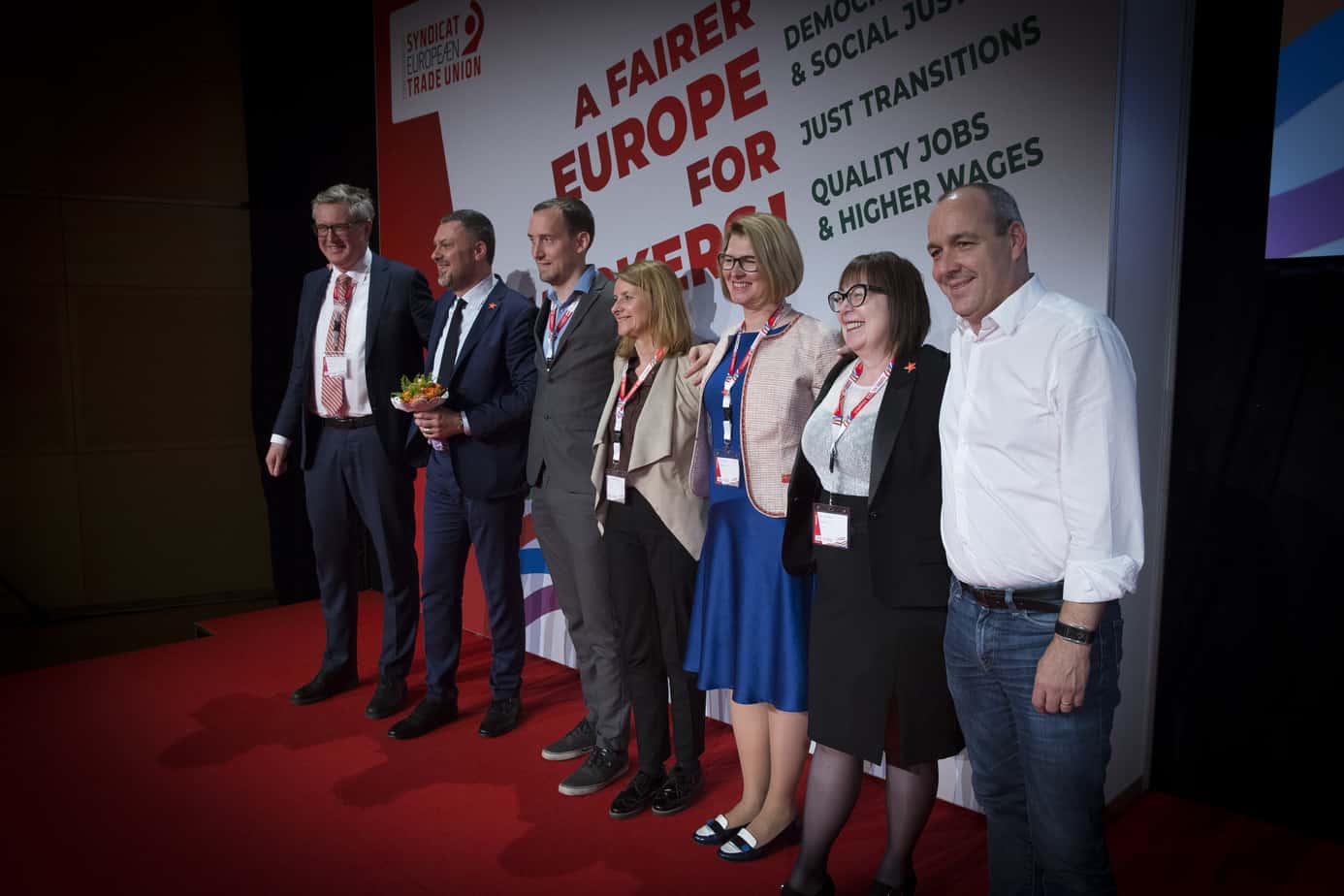 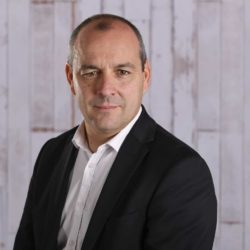 The staggering blow of the rise of the right and extreme right is hard to integrate. What are the challenges for Progressives to regain ground? How do we stem the nationalist wave? Read the interview with Laurent  Berger, the new president of the European Trade Union Confederation (ETUC) by Alain Bloëdt, Editor-in-Chief of the Progressive Post, on the burning issues of our time.

Laurent Berger: For us, there is never enough representation of social issues. But it cannot be said that social issues were totally absent from the campaign, at least in France. They may have been treated superficially. If I caricature, everyone agreed on the issue of the minimum wage. That’s good, but how do we get there? The European campaign is always imperfect for a simple reason – Europe is sometimes difficult to explain to citizens, and politicians are mainly tempted to explain that Europe is more the problem than the solution, although I hope they inwardly think so less and less.

PP: What’s your take on the results of these European elections?

LB: The results show that in France there is a National Rally in the lead, and elsewhere the populist or far-right parties are very high. Despite everything, the European populist wave that we feared did not happen. These parties are unable to organise themselves in the European Parliament, which is rather good news. However, the current leaders would be well advised to consider that the cannonball is getting closer and closer.

PP: How do we push back these nationalist parties?

LB: There is only one way – to conduct social policies, at the level of women and men, and to ensure that one day, politicians in each country speak about the results obtained at the European level rather than the problems caused by Europe.

PP: Your election as President of the European Trade Union Confederation (ETUC) comes at a time when a new European Parliament is being set up. Is this a good moment to start?

LB: In a way, yes. This new European Parliament has many areas to tackle in our field. But it doesn’t make it any easier, of course.

LB: Quite simply because things are never easy in Europe, no more with the old Parliament than with the new one, even if we are going to have a new configuration. Firstly, the populists did not return to Parliament as massively as they had hoped, which is rather good news. Secondly, it is clear that political balances will be discussed again with “pivotal forces” as they say, and that new forms of alliance or governance will have to be found between the EPP, the Social Democrats, the Liberals and the Greens. This can be interesting for me as a trade unionist and especially for the Confederation of Trade Unions, because it will allow us to intensify our work with parliamentarians.

PP: Is this reconfiguration of the European Parliament and the emergence of new groups more favourable for the unions?

LB: It’s hard to say. What is certain is that the ETUC has two major ambitions – to redefine a social contract in Europe, and to be part of a fair ecological transition. The fact that the Greens have acquired such weight in the European Parliament, but also that Social Democratic forces are still present, gives hope that the alliance between these two ambitions can be made a reality.

Our ambition is to put the question of the content and organisation of work back at the heart of trade union concerns and the European debate. This ambition will require a substantial discussion of the workers’ power.

PP: You are a trade unionist with a powerful voice in France and who already has many issues to deal with at national level. What do you intend to bring to the ETUC?

LB: What I would like is for the ETUC to question itself on the definition of trade unionism in this period of profound trans- formation that is the 21st century, for us to project ourselves into the future forms of the ETUC, for us to strengthen the link with affiliated organisations, and for the ETUC to become part of the daily campaigning life of our respective members. Today, being an ETUC affiliate too often means going to meetings in Brussels and pretty much forgetting everything once you get home. I therefore want to strengthen the link and support initiatives, two of which are very close to my heart. The first is to be able to bring to life at the European level what we have done at the French level in terms of the social pact of ecological transition, with our Power of Living Pact agreed with NGOs and associations – which can be relatively easily transferred to the European level.

PP: What is the second initiative?

LB: The second is to put the question of the content and organisation of work back at the heart of trade union concerns and the European debate. This ambition will require a discussion of workers’ power. I really want to ensure that we look beyond the news, to position the ETUC in the European landscape.

PP: In two years’ time, you will complete your term as President. What will be your criteria to measure if you have succeeded?

LB: If the ETUC is still united, if we have debates that go to the heart of employees’ concerns (which will not prevent us from having debates on how to respond to the Commission or Parliament on certain issues), and if we quite simply have new members joining us.

PP: At the end of the European Trade Union Congress in Vienna, you said that European trade unionism was at a crossroads. What do you mean by that?

PP: What are the options for change?

LB: Trade unionism must understand how the recruitment of new members is now taking place, how to get young people more interested, including through the logic of causes, how to make the balance of power weigh, by exercising it differently than through demonstrations, thanks to alliances and the quality of our proposals. This is where we are at a crossroads: either we continue on our quiet little path, and we will all go to the end of our mandates, but towards a declining trade unionism, or we give the necessary energy to renew trade unionism and its practices. This is what we have tried to do within the CFDT in France and it has borne fruit. It takes a lot of energy internally to question what you are and what you want to do, but it is absolutely necessary.

PP: Do you think that the ETUC, like other national trade unions, has become too institutional and has forgotten other positions?

LB: I think a form of institutionalisation is looming over trade unionism everywhere. It is by acknowledging that we should spend much more time in contact with workers and respond to their daily concerns that we have allowed internal developments at the CFDT. This institutional function must be continued while going beyond it in order to build an ETUC that is much more in line with workers’ concerns. This applies to the ETUC but also to affiliated organisations.

PP: How do we achieve that?

LB: We must be concrete, talk about real situations experienced by workers whose diversity is extreme – between a French worker in a sector that is doing well and has a good collective agreement and a worker from Romania, the situation is different. We must therefore foster cooperation, make major demands (minimum wage, unemployment benefits, etc.), but also obtain results that are the same for women and men, which we are perfectly capable of doing.

PP: Minimum wage, tax harmonisation… – will we see progress in this area in our lifetime in this Europe?

LB: I don’t believe that the minimum wage in Europe is a fantasy that current workers will never see. The trade union struggle requires a part of utopia, which means pursuing ambitious objectives, and at the same time redoubling efforts and mobilisation to achieve them as quickly as possible.

PP: Today, how can we convince a worker, especially new workers on digital industrial platforms, to join a union?

LB: It is a reflection and an action that the CFDT is starting to carry out. We start by convincing him that he is economically and socially dependent. It is no longer a subordinate relationship as in employee time, but a very strong form of dependence. Secondly, we convince him that he is entitled to social security coverage similar to that of employees. Working conditions, the right to training, minimum income, social protection – these are the things he is entitled to as a worker.

PP: Is that enough?

LB: I would add that without collective organisation, it is the law of the jungle. This is true in the world of traditional work, with employees, but it is even more so when your “boss” is virtual. The platform would like to make you work as much as possible without granting you any rights. Trade unionism must offer services, a platform for demands, which gives these workers a sense of belonging so that they can join trade union organisations. This is what the CFDT is gradually building, with announcements to be made this autumn.