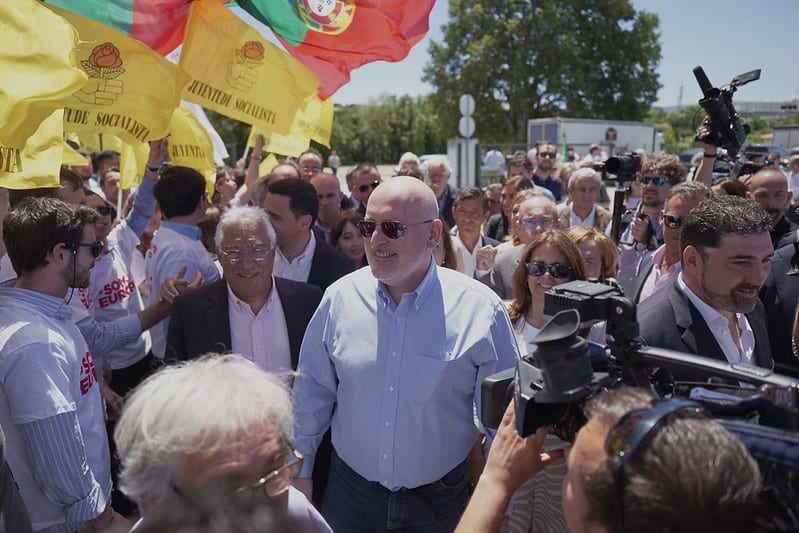 The Portuguese Socialists (PS), led by Antonio Costa, have achieved an outstanding victory giving them 106 of the Parliament’s 230 seats. This is a recognition of their remarkable work over the last four years in turning the page of austerity, against the tide of the European conservative and neo-liberal status quo. The right-wing parties belonging to EPP, which ran the austerity troika programmes which the Troika of European Commission, European Central Bank and International Monetary Fund had designed for the country, have been punished with clear defeats, even if the centre-right party remains the main opposition party.

Overall, there is a clear majority in favour of left-wing parties, but the situation is quite different from that in Spain because the main party to the left of the PS, called Bloco de Esquerda (Left wing bloc), remains limited to 9.7% of the votes, and the next in line, the Communist Party, received 6.5%. This means that the PS, with its 36.6%, will keep a clear and stronger leadership on the left and will soon form a government of its own.

Beyond this positive news, we should note that the Portuguese also show, though embryonically, some of the trends we can find across Europe: higher abstention and democratic disengagement, as well as greater political party pluralism. Greens and liberals, but also national populists, will thus have their first MPs in the National Parliament, alongside the traditional Portuguese parties belonging to the S&D, EPP and GUE political families.

All Socialists, Social Democrats and progressives in Europe and across the world can again bear witness that the road shown by the Portuguese Socialists pays off. These parties are eager to learn lessons from the Portuguese experience and keep asking why the Portuguese result has been possible.

The first reason is clear and simple: it is because the Portuguese Socialists governed as a real Socialist government — in other words, with a progressive, updated and ambitious vision for the country. At the same time, they were strongly focused on delivering real solutions for the different problems of Portuguese citizens, keeping the leadership of the Left.

The second reason was the Portuguese Socialists’ determination to change a wrong economic policy that was driven by sacrificing everything to austerity, with harsh cuts in wages and pensions. The Portuguese Socialists, however, started by prioritising a return to the previous level of wages and pensions. This has raised the level of domestic demand, fostered growth and relaunched job creation with around 350 000 mostly stable jobs. It has also stopped a painful brain-drain of the youngest. With a higher growth rate, it became possible to reduce the public deficit and debt ratios much quicker, reaching a balanced budget and raising the ratings of Portuguese bonds on the international markets.

This new virtuous circle is now a recognised recipe that is forcing an in-depth revision of the Washington and Brussels consensus.

In my opinion, there is a third and less well-known reason. This is the ability of this Socialist Party, under the experienced leadership of Antonio Costa, to conduct multi-level and multi-stakeholder politics. In other words, the ability to achieve a political objective by conducting a political plan involving all relevant actors at all relevant levels, from local and national, to international and European. This was the case when, in order to turn the page of austerity, intensive political action was conducted, first to oppose European sanctions against Portugal, and then to change the European economic governance with regard to the Stability and Growth Pact, the community budget and the Economic and Monetary Union.

That is why this great political victory of the Socialists in Portugal is also a powerful call for stronger cooperation among European Socialists and Social Democrats. Transforming the European framework is crucial to enable the full implementation of socialist policies at national level. Fighting against economic and social inequalities and implementing the European Pillar of Social Rights will be crucial not only to make the single market and the eurozone operate for the benefit of all, but also to respond to the newly emerging challenges of climate change and digital transformation. This should be our common ambition for the years to come.