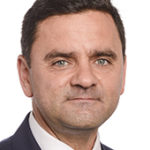 by Pedro Marques
Member of the European Parliament, former Portuguese Minister of Planning and Infrastructure

The year of 2020 brought us a pandemic and the most severe economic shock of our lives. Notwithstanding, while facing both challenges, member states were still able to come together and find joint ways to address the health crisis and to deliver on a recovery package, designed to relaunch our economy. The European Union showed, even to its fiercest deterrents, that it can act as a whole and provide results that work for the common good.

This should motivate us to consider other areas in which cooperation would be equally beneficial but in which, for the moment, it remains suboptimal. Here, the field of taxation emerges as a prime candidate.

No decisive action was taken to achieve tax justice

Even after being confronted with several tax scandals, such as the Panama Papers, LuxLeaks or the Paradise Papers, no decisive action was taken to achieve tax justice. Yet, it is clear that the European Union’s current ruleset is outdated and unable to deal with tax evasion and tax avoidance schemes. Tax planning consultants and wealth managers are able to make profit by exploiting loopholes and circumventing the law.

In the EU, for instance, even if value is being created in a particular country, currently there is no effective way to prevent profits from being shifted and booked in low tax jurisdictions. This regulatory environment allows multinational enterprises, particularly those operating in the digital economy, to shop around for the lowest tax rate, thus undermining national tax policies and leaving SMEs and workers to foot the bill.

Furthermore, countries are also pressured to engage in a race to the bottom to merely retain the tax revenue that already belongs to them. This is not just a matter of opinion, it is a fact. In the European Union, corporate tax rates decreased from 35 per cent in 1995 to an estimated 21.4 per cent in 2020. Unfortunately, not even the clearest evidence is enough to satisfy the market religion of liberals and conservatives, both of which have repeatedly opposed the S&D Group’s proposal to have a minimum effective corporate tax rate of 18 per cent at the EU level. Desperate tax competition is not a solution and it has been driving the welfare state into stress and fiscal austerity.

Thankfully, there is a silver lining. Public opinion is more aware than ever about this issue and politicians are being pressured into fixing the loopholes that have been fueling this unbalanced system. The OECD launched the BEPS 2.0 project (Base Erosion and Profit Shifting), which seeks to reach a broad agreement on an international tax reform. The initiative is divided into two pillars, the first is tailored to address challenges arising from digitalisation and the modern economy; the second seeks to establish a global minimum effective level of taxation. This is an historic opportunity to make globalisation work for the many. The European Union should be committed to the OECD negotiations, even more so in the light of the recent leadership change at the head of our historic ally, the United States.

Nevertheless, we must be ready to pursue an alternative in case the global negotiations are unsuccessful or underwhelming. The European Commission has already shown ambition to pursue common solutions for all member states. That includes the current consultation on a digital levy, but also previous initiatives, particularly the Common Consolidated Corporate Tax Base (CCCTB), which seeks to establish a common set of rules for corporate taxation in the single market. Evidently, there is a key obstacle for moving forward at the EU level: it requires us to face unanimity, which has consistently reduced our ambition when it comes to promoting tax justice.

Until now, the discussion to move past unanimity and to deliberate on tax matters through qualified majority voting has been unfruitful. Many are quick to uphold the banner of sovereignty as a shield against using the community method, but equally quick to forget that there is no such thing as sovereignty when tax policies are being forced upon our countries by multinational corporations. It is not admissible that families, working people and the middle class are asked, once again, to make sacrifices, while the largest corporations enjoy even more profits, but remain undertaxed. As we look to finance the recovery, fixing the corporate tax landscape must become part of the equation.

As we look to finance the recovery, fixing the corporate tax landscape must become part of the equation

This is a window of opportunity – a small one – to make lasting positive changes to the tax systems in Europe, thus ensuring more equality, sustainability and redistribution of wealth: green taxes that include the polluter pays principle and favour a just transition towards a sustainable economy; a financial transactions tax to curb speculation and to make sure the financial sector pays its fair share; taxes on extreme wealth accumulation, which could restore the quality of our public services and contribute to debt sustainability. Such new taxes could dramatically boost the fiscal firepower of our countries, finance the recovery and ensure a relief for workers and SMEs.

We should not refrain from debating how to address the expectations of citizens when it comes to achieving tax justice. As the “Conference on the Future of Europe” is approaching, a profound reflexion on tax justice, and on the ways to attain it, should be on the table. This is how we achieve true tax justice. This is how we leave no one behind.