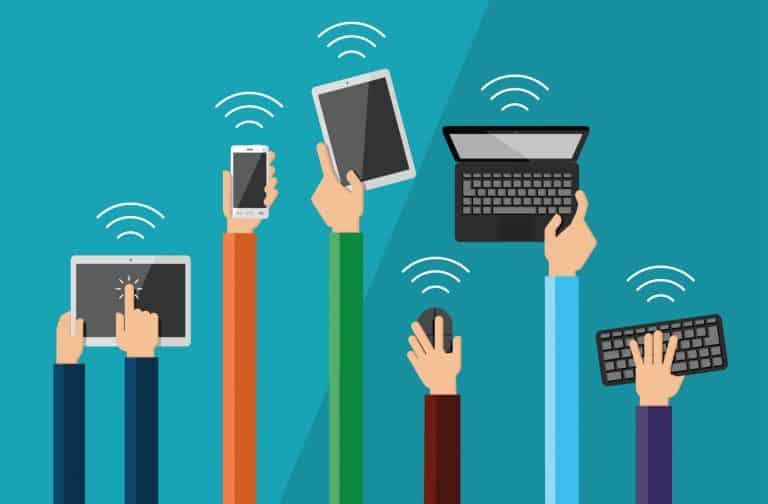 An interview with Daniel Cohen by Alain Bloëdt, Editor-in-Chief of The Progressive Post

Progressive Post : Does digital technology pose a threat to our society or should it be encouraged?

Daniel Cohen : Both. Everyone is familiar with the concept of a connected world; we have modern phones and TV’s which promise significant benefits. We can talk to each other, exchange documents, etc.

PP : But you feel there is cause for concern?

DC : Much of the debate amongst economists is focused on determining whether the introduction of technology will create jobs or cause jobs to be lost.

PP : What type of jobs do you have in mind when you say this?

DC : In the 1980s, it was believed that skilled labour was going to be utilised at the expense of unskilled labour, which posed a threat to the working classes. A threat that was mitigated at the same time by a promise to re-train the whole population. Ultimately the promise was too complex to implement and economists now refer to the polarisation of the labour market which followed.

PP : Is such polarisation a cause for concern?

DC : Yes because polarisation weighs upon the middle class and poses a risk to democracy! A practical example of this are those who trade on the stock market, these people are able to move billions or even run companies just by using their smart phones. At the other end of the scale, there are local jobs, which provide services or assistance to individuals that are poorly paid or require little or no formal qualification. Yet the biggest loser remains those who earn average pay from middle management employment for example, in other words the middle classes.

DC : In order to understand this, we must re-consider the developments which occurred during the 20th century after the industrial revolution and how this affected white collar workers. White collar workers have gradually been removed from the centre of industrial society – they have been employed in offices, banks, insurance companies and government agencies to the detriment of those employed in factories who undertake hard, repetitive, physical labour. To a certain extent the middle class found a promised land within the tertiary (services) sector and it is this refuge that is now under threat from the digital revolution.

PP : Does this threat have a direct affect on the rise of populism?

DC : Indeed, I feel it is at the heart of the great disarray within our modern-day societies. Radical movements prosper when the middle class cease to play a pivot- al function within society. Yet, the radical movements serve a central purpose; they expose the illusions, the mirages within society that promise promotions to those in the middle classes but do not receive them! Moreover, this is the distinguishing feature which differentiates such movements from revolutionary movements which sustain themselves by believing in the world promised to them if they are successful. As such, populism is a new form of nihilism: we see that the world does not want us so we do not want the world!

PP : Can Europe fight against populism?

DC : There is a demand across Europe for strong protection as we face a world that threatens to make us disappear. And yet paradoxically, Europe is quickly becoming the enemy of populism by opening borders within the European zone and creating globalisation on a miniature scale.

PP : Is the middle class in real danger?

DC : At the moment the danger is less visible in Europe than in the United States but if we treat the United States as a laboratory and observe the global transformation it will not be long before we are struck by the fate of American white collar workers. Moreover, we cannot ignore the many similarities between the United States and Europe. All politicians in the United States are elected as a check and balance against the power of Washington, which embodies a federal power deemed far removed from concerns relating to the welfare of the people!

DC : I believe that social welfare issues must remain the prerogative of the member states as is the case for health and education policies. On the other hand, Europe must ensure that they have sufficient resources to implement their own policies.

PP : If I understand you correctly, harmonising social welfare policies within Europe is not a priority?

DC : It is less a question of priority and more a question of how to share the responsibility. We can always take steps to ensure that minimum wage policies align with each other but this will never be a priority. How can it be when we cannot even agree on the minimum tax rate for corporations within the Eurozone! This would be the least of our concerns however, as companies can be domiciled virtually wherever they want!

PP : Will the arrival of Emmanuel Macron not cause matters at a European level to shift?

DC : Emmanuel Macron success- fully illustrated this point during his campaign particularly in terms of the European issue. By doing so he ensured that the issue was given serious consideration at a European level. He appears to be the one who is the source of the populist movement. Many of his followers thought that France would be the next victim. Having said that, it is necessary for Macron to succeed in causing the lines to shift at a European level for if he fails then his actions will eventually contradict the purpose of the European project.

DC : He wants to reinvigorate the debate about agency workers and their rights. If one feels that labour law can be circumvented in France by using such measures this will only increase hostility to- wards Europe. Taking a hard-line stance on the law is crucial. The common defence fund is also an interesting concept. The concept of a Euro zone budget is just as important because the Euro zone should be accountable to the European Parliament as a replacement for the existing Eurogroup, which relies on intergovernmental co-operation.

PP : Emmanuel Macron will also face resistance in France with his plans to reform the labour code. Do you think he has the ability to overcome these obstacles?

DC : This will be his third litmus test after the presidential and general elections. Without having seen the text in detail it is difficult to assess the reform at this stage. It will be an operation which relies on charm. Macron must handle a number of figures from the corporate sector and if his reforms fail the consequences will affect millions of people; they will have lost everything, including at a European level.