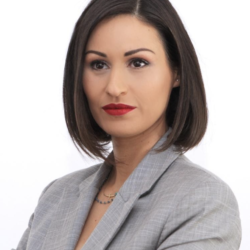 Post-electoral reflections are necessary to analyse the rights and wrongs of a campaign and prevent mistakes in the future. But beyond the performance of EDEK, the socialist party of Cyprus, we also need to look at what brought about the rise of ELAM, the far-right party. The increase of support for ELAM has been largely underestimated during the campaign, while it should have caused deep concern among the Cypriot democratic forces.

Parliamentary elections represent the highest expression of democracy for any representative system. As such their completion demands the analysis and evaluation of the results as well as some form of self-criticism aimed to point out any possible mistakes and oversights made by the parties involved.

As far as EDEK’s electoral performance is concerned, to give an honest evaluation, results must be compared with the pre-electoral goals set by the party.

Specifically, the goals that EDEK had set were:

It is a fact that not all the above-mentioned goals have been achieved. However, some of them have, and they are not insignificant. EDEK has managed to increase its percentages by 0,5 per cent (2,293 votes more) than it did in 2016. It also managed to win an extra seat in the region of Larnaca, something which had not happened since 1970.

However, what demands further analysis, criticism, and explanation, is the fact that the far-right branch of the Golden Dawn in Cyprus, ELAM, increased its share of votes and got a fourth seat in the House of Parliament (a seat that was previously held by EDEK). The fact that ELAM managed to increase its percentages of votes by 3 points and gain a total of 6.78 per cent of the vote cast, can be attributed to a series of reasons that should seriously alarm all the Cypriot political parties, especially those genuinely belonging to the arc of democracy. We argue that ELAM managed to increase its percentage of votes because the other parties, instead of fighting against this far-right force, preferred to sap EDEK.

The undermining of EDEK started right after the European Parliament elections and was triggered by the high percentage of votes it received (almost 11 per cent). The party became a target because of its political stance towards the ‘Cyprus issue’. It is well known that EDEK is against the ‘Bizonal, Bicommunal Federation solution’. Based on archived sources, constitutional reports, as well as current political data, EDEK considers it as a form of legalisation of division. This position stands as an obstacle for those who, directly or indirectly, promote Turkey’s divisive plans for the island.

Moreover, EDEK is actively committed to the fight against corruption through the introduction of legal reforms and the exposure of scandals based on tangible evidence. This attitude has fed further criticism by those political forces that do not wish the end of corruption.

Finally, EDEK has voted for the national budget because 14 of the proposals the party submitted to the government were adopted. Through this political achievement EDEK has clearly stated that its primary concern is the improvement of the Cypriot citizens’ quality of life. This stance fed the concern among the other political forces, which feared an increase of consensus for EDEK.

However, it must be noted that the divisions within the party have also contributed to EDEK’s results and ELAM’s gains. In fact, some members of EDEK have tried to discredit the party president, Marinos Sizopoulos, but doing so they have actually harmed the party as a whole and what Vassos Lyssarides – who founded EDEK in 1969 and was repeatedly elected president of the party until 2002 – has built in the years, such as his fight against, racism and in favour of democracy, freedom and equality.

Paradoxically, the above-mentioned issues fed ruthless attacks against EDEK by the other political forces, which seemed to be more concerned with EDEK’s increasing consensus than with the alarming rise of ELAM. This attitude has eventually played in the hands of ELAM, which now can flourish even further despite being the Cypriot branch of a criminal organisation. We must not forget that ELAM does not honour the victims of the Coup of 1974, those who caused the Turkish invasion to our land. Last but not least, it has reinforced those who shy away from military service in the Cypriot National Guard (which is mandatory for all male citizens), those who shy away from political debates, and those who are connected with frequently featured criminals on the columns of newspapers.

Our only hope is to not have to mourn another victim like Pavlos Fyssas (the Greek musician and rapper, well known for his anti-fascist activism, who was murdered on 18 September 2013 by a member of Golden Dawn) in order to realise what the real face of ELAM’s leadership is, the danger that far-right parties represent in Cyprus and in Europe.