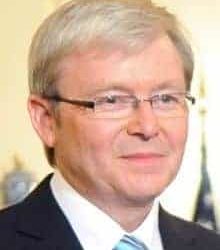 “The Charter of the United Nations is a solid structure upon which we can build a better world. If we had had this Charter a few years ago—and above all, the will to use it—millions now dead would be alive. If we should falter in the future in our will to use it, millions now living will surely die. This Charter will be expanded and improved as time goes on. No one claims that it is now a final or a perfect instrument. It has not been poured into any fixed mould. Changing world conditions will require readjustments—but they will be the readjustments of peace and not of war.”

These elegant remarks by President Harry S. Truman, while addressing the closing session of the United Nations Conference in San Francisco on June 26, 1945, underscore the fact that the future reform of “this parliament of man” was foreshadowed during the “act of creation” itself. To suggest that the UN has remained static since 1945 would be absurd. The institution has been in a continuing process of evolution, including: the expansion of the Security Council; the establishment of a range of UN specialized agencies including the IAEA; and most recently the establishment of the International Criminal Court, the Peace Building Commission, the Human Rights Council and UN Women. The world has changed greatly in the last 70 years since the Charter was crafted. Emerging global challenges require continuing readjustments to the way the Charter is applied to contemporary issues of security and development.

As Chair of the Independent Commission on Multilateralism (ICM), an independent audit of the UN and wider multilateral system by former and serving statesmen, ambassadors, and other eminent persons, I see our Commission as one small part of this continuing process of reform. This is not designed to produce the 21st century equivalent of Thomas More’s utopia. It is a more practical exercise than that. The ICM seeks to provide the international community with a range of options on how the UN best remains “fit for purpose” against the new challenges confronting the system in this age of global terrorism, cyber security, global financial crises, global pandemics and climate change.

The UN is not a monolith. When we talk of the “United Nations,” we realize that there are in fact three “UNs”: the UN Secretariat and its international civil staff; the UN of the member states that undertakes intergovernmental processes and ultimate decision-making, because the UN is the creation of its member states; and the UN community of stakeholders, including civil society, NGOs, and the private sector.

ON THE WAY TO THE REFORM

In so far as change in the “first” UN is concerned, the primary responsibility lies with the Secretary General, as its chief administrative officer. To his credit, he has indeed attempted a series of initiatives, including proposals on “Change Management” submitted in early 2012 to increase the Secretariat’s efficiency.

Another ongoing process relevant in the context of systemic UN reform pertains to the revitalization of the UN General Assembly in which an ad hoc working group has been established “to identify further ways to enhance the role, authority, effectiveness and efficiency of the Assembly,” including, most recently, the process for selection of the next Secretary General.

As for the functional aspects of the UN’s operations, the Secretary General has called for a review of the mandate for peace operations through a recently constituted High-Level Independent Panel on Peace Operations, headed by José Ramos-Horta (who is also the co-chair of the ICM). Another key aspect of functional progress is signaled by the upcoming and ambitious global agenda that would reset the future course of development for the coming decades through the adoption of the Sustainable Development Goals (SDGs), the Post-2015 Development Agenda and of course the 2015 Conference of the Parties in Paris on climate change.

While these steps reflect gradual progress in overall UN reform, a long-standing and complex subject that has been deadlocked for the last three decades is the core question of the reform of the Security Council. When the United Nations was created in 1945, it comprised 51 member states. Today its membership has increased nearly fourfold to 193. While the Security Council membership was increased from 11 to 15 in the non-permanent category in 1965, it continues to make critical decisions on behalf of the other 193 members. Twenty years of protracted discussions on the question of equitable representation in Council membership, which came in the form of the Open-Ended Working Group set up in the 1990s and the subsequent seven years of work from the Intergovernmental Negotiations on the same, demonstrate that an overwhelming desire exists for expansion in both the permanent and non-permanent categories of membership. The truth is that its current composition does not constitute an accurate reflection of current global security policy reality.

Another key factor in the ongoing debate of Security Council reform has been focused on the use of the veto power. There has recently been significant movement on the part of various member states toward a veto restraint agreement. Several member states have supported the call for not using the veto in cases of mass atrocities such as genocide, ethnic cleansing, crimes against humanity, and war crimes. However, a fundamental dispute remains around the model of reform that can find the widest acceptance among member states, both on the members of the Council, its final composition, and the use of the veto power. One of the responsibilities of the ICM will be to consult widely across the UN membership to bring forward a consolidated menu of options for possible Security Council reform – not only to provide support for the overall reform agenda, but also to focus the debate among member states on the core alternatives for change.

Given the present composition of the Security Council, in which three of the permanent five are from Europe and another two non-permanent seats are also occupied by EU members, it is evident that the EU’s case for greater representation in an increased Security Council has the weakest empirical support base. This is especially so since both Latin America and the entire continent of Africa remain completely unrepresented in the permanent category.

While the UN represents the bedrock of the multilateral system, other prominent players have emerged over the last half century that continue to make recommendations on how the multilateral system can be made more fit for purpose, namely regional organizations. They too are part of the multilateral order. Institutions such as the EU, the African Union, the various sub-regional organizations across Africa, ASEAN, the Arab League and the OAS are all active in one form or other of regional multilateral missions. In an ideal world, these should complement the work of the UN. In the real world, the lines of responsibility are often blurred. The overall approach of the ICM is that the principle of subsidiarity should apply, whereby solutions to problems should be delivered by the institution closest to the level where that problem is manifest: from national governments, to regional organizations and only to the UN where these two lower levels of recourse have been exhausted. The ICM also believes that the international community should analyze whether more formal protocols should be developed between regional and global institutions to ensure optimal levels of coordination and integrated delivery.

Recently, the EU has been afforded a more visible place in Security Council deliberations. EU member states convene twice-weekly meetings to coordinate European action in the Security Council. A recent similarity of views has emerged in the EU’s request for improvement in the Council’s working methods, which is being pursued through the creation of the “Accountability, Coherence, and Transparency” group of 22 member states, led by Switzerland. There is a long history of EU recommendations aimed at harmonizing the efforts of various UN bodies, an effort to make them more effective and efficient. Indeed, EU-UN cooperation has been on the rise generally, which is a welcome trend.

On emerging development cooperation narratives, EU member states also insist on greater accountability given the scale of their contribution to development projects routed through the UN development mechanisms. Increased fiscal prudence and effective budgetary control are two of the key facets of their approach to help finance the Post-2015 Development Agenda.

Europe therefore represents an important force for potential reform for the UN multilateral system. Its experience across the peace, security, development, humanitarian and climate change agendas of the UN multilateral system is significant. So too is Europe’s recognition of the need for a UN multilateral system that is fit for purpose for the future. As such, Europe must be at the forefront of forging agendas for consensus in the overall reform agenda, given the disparate voices for reform across the international community. If we fail to effectively reform for the future, the truth is the UN system will die a death by a thousand cuts, and over time simply evolve into just one of many voices in an increasingly contested and incoherent multilateral order.