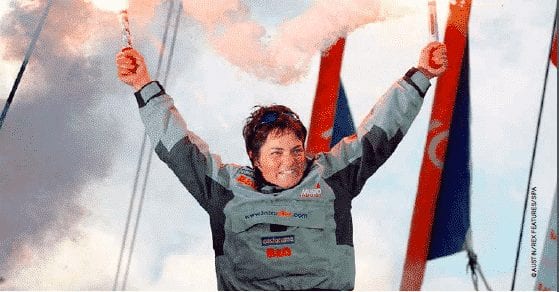 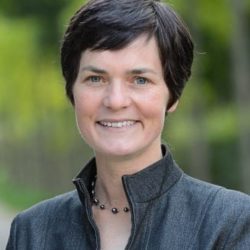 Today’s linear economy – in which resources are extracted, made into products, sold and ultimately thrown away – arguably faces its biggest challenges, on a number of fronts. A range of global trends suggest that the future economy could be circular, with opportunity awaiting those progressive enough to make an early shift.

In a context of cheap and accessible energy and materials, the linear model inherited from the Industrial Revolution proved hugely successful and fuelled the unprecedented economic development seen throughout the 20th century. With new discoveries, increased efficiency and new technologies of the 1900s, commodity prices steadily declined over the course of the century. However, and as first observed by investment expert Jeremy Grantham, an inflection point in this trend occurred in 2002, when prices started to rise.

What might be even more problematic is the rising volatility of commodity prices, another feature of today’s business landscape. The inability to predict resource and energy prices around the corner
can be devastating to companies with high fixed costs, which rely on economies of scale. In that context, gradual efficiency gains will not suffice, and it looks as though “business as usual” and to produce more to make it less costly is seriously questioned by the reality in which it operates.

A NEW ECONOMIC MODEL
It would seem that the ‘rules of the game’ for our economy are changing, and business leaders, innovators, academics, students and scientists are looking for a positive way out; a new model through which we can re-think progress in the 21st century. One option is the circular economy, a model that has been gaining traction around the world in recent years. Such a system is regenerative by design, and primarily relies on optimizing two distinct material flows, biological and technical. Products and services in this model are designed to enable efficient circulation, with biological materials returning to the food and farming system, and technical materials being kept in production and loops without loss of quality. A circular model generates new revenue streams, reveals overcapacity and maximises asset utilisation whilst ensuring, as leading Performance Economy thinker Walter Stahel puts it, that the “goods of today become the resources of tomorrow, at yesterday’s prices.”

As well as the decline of cheap materials, energy and credit, there are other changes underway that are supporting the transition towards a circular economy. Testament to this is the momentum behind the ‘sharing economy’, and the huge number of new businesses founded on creating visibility of idling capacity of a range of assets. Empty rooms can be booked through Airbnb, journeys through Lyft, and even musical instruments through Sparkplug.

Clothing company Le Tote provides access to women’s fashion for a flat monthly fee, in the same way people use streaming platforms instead of owning physical media. Technological advances are facilitating these business models – finding and booking the nearest communal car or bike has only been made more convenient with smartphones and mobile networking. Product tagging and tracking and the growing ‘Internet of Things’ are also enabling manufacturers or service providers to keep an eye on their products; how much they’re being used, if they’re performing properly and when they’re
about to go wrong. This makes product recovery feasible, and opens up new customer service or aftermarket opportunities.
ADVANTAGES TO CIRCULARITY
Global trends are providing a fertile environment for a shift in the economy. In addition to being a new lens for innovation, increasing circularity could offer a significant economic advantage too. In 2012,
the Ellen MacArthur Foundation published the first in a series of reports entitled Towards the Circular Economy. These reports have concluded that a circular economy would not only help decouple
economic development from finite resource inputs, but also represent an opportunity in excess of $1 trillion. As our first report shows, for Europe the greatest potential offered by circular processes lies precisely in the Union’s strongest points – the high-value manufacturing sector, where up to $630 billion of net material savings can be achieved per year through improvements in design, business models, reverse cycles and system conditions such as education and policy.

Launched last June at the European Commission’s stakeholder conference on the circular economy, our latest publication produced with the McKinsey Center for Business and Environment and supported by SUN reveals that by adopting circular economy principles, Europe can take advantage of the impending technology revolution to create a net benefit of €1.8 trillion by 2030, or twice the benefit seen on the current development path (€0.9 trillion). This would be accompanied by better societal outcomes including an increase of €3,000 in income for EU households. This would further translate into an 11% GDP increase by 2030 versus today, compared with 4% in the current development path.

The circular economy would also have significant impacts on the environment for Europe: carbon dioxide emissions would halve by 2030, relative to today’s levels (48% by 2030 across the three basic needs studied, or 83% by 2050). Primary material consumption measured by car and construction materials, real estate land, synthetic fertiliser, pesticides, agricultural water use, fuels, and non-renewable electricity could drop 32% by 2030 and 53% by 2050, compared with today. In a world of uncertainty, many are asking what the future economy will look like in the context of population growth and resource constraints.
Our research and analysis tends to indicate that a circular economy framework could offer guiding principles for re-thinking and redesigning our futures. There are promising signs of a shift taking
place, but reaching this goal will require pioneering ambition, combined with varied collaboration to deliver the benefits of a system that rebuilds economic, social and natural capital.