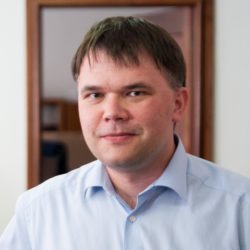 by Patrik Eichler
journalist, Deputy Director of the Masaryk Democratic Academy, editor of the bimonthly Listy

In a sharply worded clash over the future of Prime Minister Andrej Babiš as a person burdened by a series of scandals and misconduct, left-wing politics failed to contribute and offer its social agenda as a topic in the campaign for last weekend’s elections in the Czech Republic. The deteriorating health of President Miloš Zeman will accelerate the formation of a government led by the traditional right.

Since the 1990s, the Czech right-wing parties pushed for tuition fees, healthcare fees, or privatisation of pensions, while the left opposed and repealed various right-wing ‘necessary and indispensable reforms’. The turning point came in June 2013, when the right-wing government of Petr Nečas fell after a police crackdown. At that moment, the main divide of Czech politics became the issue of corruption and the relationship to the period of the 1990s. A simple interpretation said that the 1990s were corrupt, so all the parties that existed at the time were corrupt, too, and had to be done away with. Babiš’ political movement ANO grew out of this rhetoric, as did various parties of the nationalist-populist politician Tomio Okamura. The Pirates, led by Ivan Bartoš, also gained their power from their anti-system rhetoric and the rejection of traditional parties.

Since February 2018, dissatisfaction with Andrej Babiš’s government sparked a large protest movement, with hundreds of thousands of people gathering at demonstrations in Prague, as well as in smaller towns. Originally, the unifying motive for the protests was anti-communism: Babiš had been a member of the Communist Party and an agent of StB, the State Security Service of Communist Czechoslovakia, and thus should not be Prime Minister. The demonstrations also opposed the fact that the Communist Party supported Babiš’ government. Later, the civil protest movement was strengthened by the crisis caused by the coronavirus pandemic, in which the government often acted unpredictably and recklessly. The painting of thirty thousand crosses symbolising those who died of coronavirus on Prague’s Old Town Square in March 2021 became a major event.

In addition to the failure to cope with the coronavirus pandemic and anti-communist criticism, the right criticised direct and indirect social spending – from senior and student fare discounts to increases of pensions and wages, pushed through by the Social Democrats, or the resumption of sick pay from the first day of illness. Another topic was the Prime Minister’s multiple conflicts of interest and accusations of subsidy fraud.

Babiš was the primary focus of the political conflict throughout the election campaign, which is why it became clear several months ago that those attacking him would win the elections. It is a great success of the right-wing coalition SPOLU (Together) – Civic Democrats, Christian Democrats and TOP09 – that it articulated and held on to the question of Babiš’ future as a campaign topic. The result was a mobilisation of right-wing voters, most noticeably in smaller towns and the immediate vicinity of large cities.

The Social Democrats chose Jana Maláčová, Minister of Labour and Social Affairs, as their face and attempted to make social issues the campaign’s third focal point: unaffordability and prices of housing, problems with securing places in kindergartens and services for families, support to public services – from postal service to rail – or the inspection of working conditions in companies. However, they failed to broaden the general clash over the future of Babiš, which was also posed as a clash over the country’s Western orientation, the threat of uncontrollable state debt, and the responsibility for the country’s 30,000 Covid-19 victims.

The election result of 4.65 per cent for the Social Democrats and 3.6 per cent for the Communists is, of course, also the price for participating in the government of Andrej Babiš. In both cases, however, it is even more a question of the internal operations of the parties, the ability to mobilise their own members, not only to participate in elections, but also to propose to the public new people and topics under their banner. The turnout was about 5 per cent higher than in previous elections, but even a lower turnout would not have helped the left-wing parties to get into parliament. Out of the four largest electoral regions, the Social Democrats surpassed the 5 per cent threshold required to enter the Chamber of Deputies only in Northern Moravia. The Communists did not reach 5 per cent anywhere.

The two coalitions, SPOLU and the Pirates and Mayors, with a majority of 108 votes in the 200-member Chamber of Deputies, made their aspiration to form a government clear on the evening of Saturday 9 October. For now, this is the only realistic government coalition scenario. Given the success of both electoral coalitions, it would be difficult to find somebody strong enough to challenge their leaders with an alternative plan to form a government. Only the president of the Pirate Party could be in danger, as the party lost the vast majority of seats due to preferential votes and will have only four representatives in the Chamber, while the Mayors, the partners of the Pirate Party in their electoral coalition will have 33. So, even without the Pirates, the rest of the right can form a government.

The Czech Republic is now facing negotiations to form a new government, which will likely take several months. Before the elections, there was talk about the possibility of forming a grand coalition of ANO and SPOLU without the Pirates and Mayors. Some members of ANO talked about it even after the elections. However, given the very weak result of the Pirates, it would be hard to find arguments for such cooperation; it would be hard to portray the orderly Mayors as an anti-system threat.

What remains unknown is the state of President Zeman’s health and his power and that of his surroundings to actively and consistently intervene in the negotiation process. One way or another, Czech society is now expecting the formation of a pro-Western but neoliberal government, accenting individualism and personal responsibility.