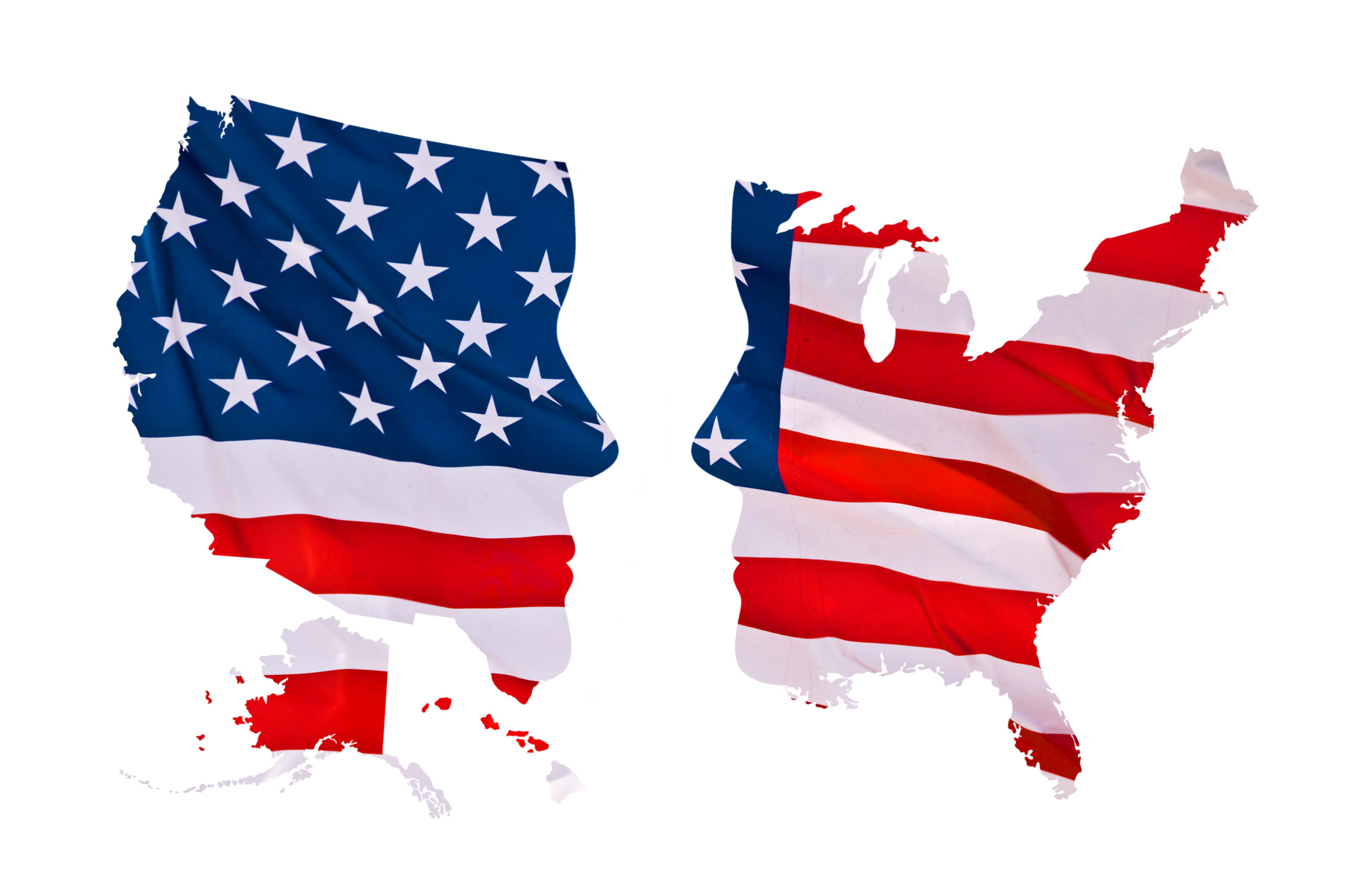 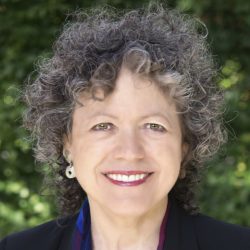 by Vivien A. Schmidt
Jean Monnet Professor of European Integration in the Pardee School of Global Studies at Boston University.

Donald Trump has undermined the very essence of the US Presidency. However, he and the current Republican party are not alone responsible for the decline of American democracy. The US is certainly a divided country today, but those divides have been building for a very long time, with a Republican Party open to polarising anti-system politics since the 1990s. Will the Republicans continue to fuel discord, dysfunction, and gridlock, or will they return to some semblance of bipartisanship? Few are the signs that speak for the latter.

Irrespective of the defeat of President Donald Trump, the US is in for hard times with regard to its democracy. But at least, with the victory of Joe Biden and Kamala Harris, the US has a chance to set it right. For the past four years, public trust in the US government’s authority and activities has been eroding as a direct consequence of the man at the top. Trump has divided Americans into ‘us’ versus ‘them’ and, with the support of ‘his’ Republican party, has been hollowing out the institutions of liberal democracy from within.

A US president’s role is two-fold: as head of state, to be a symbol of the authority of government; as head of government, to be the executor of the democratic will of the people. President Trump has undermined the spirit of both roles in word and deed.

By his conduct in office Trump has undermined the very essence of the Presidency as the incarnation of public authority and the symbol of American unity. Rather than pulling the country together, Trump’s rhetoric has pushed Americans further apart. Whether in official statements, TV interviews, or tweets in the early hours of the morning, he has demonised the Democrats, railed against the ‘deep state’ while pledging to ‘drain the swamp,’ dismissed science and experts, called the mainstream media ‘fake news,’ and lied and exaggerated about his own (always ‘big’) accomplishments. He has tacitly supported extreme right wing groups like the Proud Boys and QAnon, disdained calls for social justice from groups such as Black Lives Matter, denied the reality of climate change, undermined faith in elections by claims of election fraud; and politicised the wearing of masks in response to Covid-19.

But beyond what he said is what he did, and how this has affected the institutions of liberal democracy along with peoples’ lives. He failed to take the pandemic seriously – with tragic consequences for the close to 250,000 dead and counting. He has done worse than nothing about climate change, having rolled back environmental regulations, as hurricanes and forest fires have ravaged the country. He has also cast doubt on the competence and accountability of the administrative bodies of government. He has appointed climate change deniers to head the Environmental Protection Agency. He has hollowed out the State Department by leaving unfilled the jobs from which older trusted officials resigned or filling them with his political hatchet men (or women). He has sabotaged the postal service in advance of the elections. And he has radically politicised appointments to the US judiciary.

Trump also managed to exploit to his advantage many flaws in American democracy’s institutions, aided and abetted by the Republican Party. These include the electoral college, in which Democrats have had the majority of the popular vote but lost nonetheless (in the cases of Al Gore and Hilary Clinton); the Senate, in which urban Democratic areas are disadvantaged to the benefit of rural Republicans; the House, where Republicans’ gerrymandering of congressional districts have unfairly reduced the power of minorities’ (democratic leaning) votes; and voter suppression. Moreover, the Republicans have exploited their majority in the Senate to pack the courts. In the US Supreme Court, having denied Obama the appointment of a Justice on the grounds that it was too close to an election which was nine months away, they then appointed one within three weeks of the election on the grounds that they could. But in addition to stacking the Supreme Court with an ultra-conservative political majority, they have done it to the appeals courts across the US, having previously stymied the appointment process during Obama’s second term.

Donald Trump and the current Republican party have not been alone responsible for the slow decline of American democracy. The US is certainly a divided country today, as demonstrated by the Democrats’ thin margin of victory, with the populist Trump gaining more votes than in 2016. But those divides have been building for a very long time. The Republican Party has itself become increasingly open to polarising anti-system politics, beginning with Newt Gingrich in the 1990s, and again with the Tea Party electoral breakthrough in 2010.

The sources of division and discontent run deep. They stem from the economics of people feeling left behind by neo-liberal policies of globalised outsourcing and domestic cuts in social benefits and services. They reflect the socio-cultural concerns of people fearing a loss of social status, and worried about the changing faces of the nation. All of this, moreover, feeds into the culture wars, where the phrase in the Declaration of Independence ensuring “life, liberty, and the pursuit of happiness” gets rival interpretations from people who pledge allegiance to life (no abortion), liberty (to carry guns), and the pursuit of happiness (no immigrants) and those who are pro-choice, against guns, and for social justice for immigrants as much as for blacks, browns, and LGBTQIA.

Thus, Biden will have a difficult job ahead of him. None of the politics or processes will be easy to fix, including the eroding faith in government and the increasing fragility of the institutions of liberal democracy. Much, surprisingly perhaps, depends on the Republicans, in particular assuming that they keep the Senate. Will the Republican Party continue to fuel discord, dysfunction, and gridlock – in particular if it remains in the shadow of a Trump seeking re-election in 2024, fearful of his twitter feed, and possibly a new Trump media channel. Or will they return to some semblance of bipartisanship? I would not hold my breath on the latter, given that the Republican playbook since Obama has been to fight a war of attrition with the Democrats even when in power. The only silver lining is the fact that Republicans’ retention of the Senate suggests that many of their voters split their tickets, rejecting Trump for President and arguably Trumpism while remaining loyal to the Party. This may give Republicans pause regarding continuing obstruction, in particular in view of the 2022 midterm elections, if they expect to maintain their hold on the Senate.

In the interim, much is to be done, including passing a pandemic relief package, legislating on climate change, tackling poverty and inequalities, tax justice, and police reform, fixing the justice system, reducing the role of money in elections, and investing in the future. But even if Biden cannot accomplish much, his discourse will nonetheless matter, with a shift to truth-telling, fact-based science, and language intended to bring people together, not push them apart. His first speech as President-elect offered a new message of cooperation and bridging differences, as he pledged to be the president of everyone and to ensure justice for all, with as inspiration President Franklin D. Roosevelt’s ‘new deal,’ John F. Kennedy’s  ‘new frontier,’ and Barack Obama’s ‘yes we can.’ But even if people do not all agree, at least we may have some peace from the constant fearmongering, lies and twitter noise. Let us hope that we can all get back to business as usual – fighting the pandemic, climate change, economic inequality, and social injustice.

Related articles:
Trump is gone and Trumpism is here to stay, by Rick Smith.
Time for Democrats to join forces across the Atlantic, by Knut Dethlefsen.
Trumpism is here to stay, by Dimitris Tsarouhas.
Inclusive nationalism wins in America, by John Halpin.
The cultural politics defining the 2020 election, by Michael Kennedy.
Young voters and the 2020 election, by Layla Zaidane. Elections in the United States: their meaning and impact on Latin America, by José Moreno Santos.