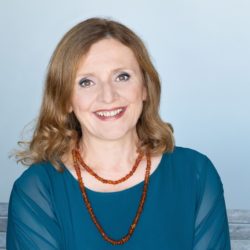 In early March 2022, EU housing ministers met informally for the first time in almost ten years. They had much to discuss – the housing crisis in Europe is evident. There is no country, no region, and no city where people are not suffering from the rising cost of housing.

The ministers’ response was ambivalent. On the one hand, they continued to insist on the principle of subsidiarity while asking for more EU funding for the sector. But at the same time, they also avoided a commitment to more state intervention in housing markets – which are today characterised by market failures, distortion and short-term profiteering.

The causes of the housing crisis are multiple and global: financialisation, gentrification and touristification, an immense gap in investment over the past decade, the climate crisis and rising numbers of homeless people. Yet these issues are met with a lack of courage from national governments to intervene in housing markets boldly and protectively. And the consequences are catastrophic: competition among the weakest groups for what is often only scarcely available social housing, homelessness, young adults in their thirties still living with their parents, and entire blocks of flats standing empty for speculative reasons, where land prices skyrocket. People who have often lived there for generations are expelled from their neighbourhoods. Citizens in need of social housing are ashamed and stigmatised. Mayors now ask who owns their city.

The European Commission has long denied the problem, even though EU policies have a massive impact on the scope of municipalities, regions, and member states to shape their local housing markets. EU competition law restricts subsidies for housing to socially disadvantaged target groups, despite the OECD noting long ago that even middle-income earners can no longer afford housing. The regulatory framework of European economic governance and the Stability and Growth Pact prevents sustainable long-term public investment in social and affordable housing infrastructure. The fiscal rules still do not account for enough long-term stability for housing investment – on the contrary, they allow for short-term gains and escalate the dubious role of hedge funds. The EU funding and financing landscape is often inaccessible for many cities and regions when it comes to enabling people to have healthy and affordable homes. Moreover, opportunities to ensure more transparency in real estate transactions and thus prevent large-scale money laundering have not been taken at the EU level – for example, concerning fiscal rules and holding investors accountable for meeting social and environmental standards.

At the same time, the European Commission is creating even more pressure with a Green Deal that is weak on social and equality issues – for instance, because the cost of renovations can be passed directly to tenants in most EU member states. Given the rising energy costs, even more people – especially women and single parents, migrants and other socially and economically disadvantaged groups – are being pushed into energy poverty. We indeed have a ‘New European Bauhaus’ project now, but although this talks about liveable neighbourhoods and promoting future green and smart cities, it fails to advance state-of-the-art approaches for a gender-sensitive urban development concept. We have an Affordable Housing Initiative, but we still do not know where this will lead us because, apparently, money is scarce. The extension of the Emissions Trading System to the building sector has been tabled. However, it has already broadly failed to deliver on its current targets – and it remains doubtful how social and affordable housing providers will be able to benefit from this, as the system will not redirect gains to cities and regions.

Whenever cities and regions, or stakeholders such as the International Union of Tenants or Housing Europe, have pointed out the need to adjust the EU’s regulatory framework, the answer has always been: ‘work it out with your national governments’. For example, this was the case in 2013, when mayors from many European cities pointed out the need for regulatory adjustment, and called for a change to the state aid rules for housing and an exemption of long-term housing investment from the debt logic of the European Semester. The European Parliament heard the call and has repeatedly highlighted the need to change this framework – for example, in its 2021 own-initiative report on decent and affordable housing for all.

Part of the response to the housing crisis is a commitment to state intervention and a broad-based system that allows for many housing options (‘housing continuum’). Under the Urban Agenda of the EU, the Housing Partnership has developed a concise list of proposals concerning EU regulation, funding and financing, knowledge and governance. All major EU institutions (including the European Committee of the Regions, the Economic and Social Committee, and the European Parliament) have now taken up its recommendations. Recent history has taught us that stable housing markets – where tenants are protected and empowered with rental contracts that are not limited in time, with rent control and a limitation of the possible reasons for eviction, and where there is a substantial proportion of social, community and cooperative housing – are better protected from crises.

Therefore, it is not surprising that in a 2020 report on housing provision in Latvia, the OECD explicitly points to the Austrian system of non-profit housing as a best-practice model. A recent FEPS study also put forward the good practice of Austria and other member states. In Vienna – a city with an excellent reputation worldwide for its high quality of life – two-thirds of the inhabitants live in municipal, cooperative, and publicly subsidised housing. And while there are problems in Vienna, too, it is evident that a clear commitment to strong public intervention helps counter the effects of unleashed markets. This is the kind of courage that we need in the EU right now, so that we see a return of the state to housing markets. And we expect EU housing ministers to contribute to this.

Related articles:
What if we made land ownership collective?, by Geert De Pauw
Fighting homelessness through the Finnish Housing First model, by Eveliina Heinäluom