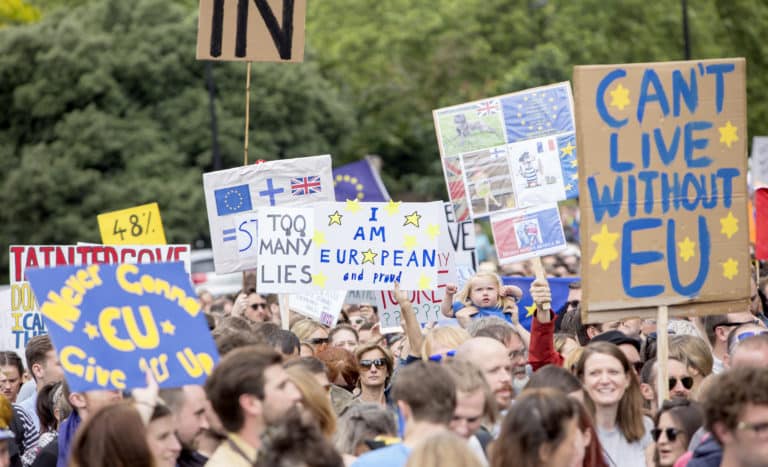 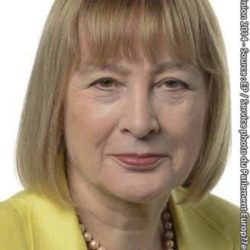 by Mary Honeyball
Member of the European Parliament

“Unless the final settlement proves to be acceptable, then the option of retaining EU membership should be retained. The final settlement should therefore be subject to approval, through Parliament and potentially through a general election or referendum”

Though heavily publicised by colleagues in Brussels, this resolution passed by Labour party conference last year has never received the recognition it deserved. Neither was it taken on board by the Labour leadership, the same people who once campaigned for conference to reign supreme. Meanwhile there are socialist and left leaning colleagues in Brussels who view Labour’s current position with, alarm, disdain and lack of comprehension.

Their bafflement started during the EU referendum campaign when the Labour leadership showed little inclination to follow the party’s longstanding pro-EU policy resulting in Labour failing to take its voters with it in supporting the remain side. Such a dislocation could prove electorally problematic in the future.

Friends and colleagues are now equally baffled by the Labour opposition’s lack of any discernible strategy either in attacking Theresa May’s increasingly outrageous actions or coming forward with a strong case for Europe. There is a view that this could be Labour’s moment and we are blowing it.

There are, as we know, Labour MPs who fear for their leave-voting seats if they veer too far towards gainsaying Brexit. Perhaps more importantly, the collective Labour leadership’s lukewarm stance on Britain’s membership of the EU shows no signs of changing. There is little evidence that Jeremy Corbyn’s attendance at meetings of the Party of European Socialists has done much to ameliorate the situation, and neither have Tom Watson’s frequent visits to Brussels.

While I understand the feelings of MP colleagues in seats where the majority voted to leave, going all out for Brexit is not the only sensible or possible reaction. Although a majority of voters in many Labour-held constituencies may have backed leaving the EU, this does not mean that most Labour supporters in such seats voted that way. This is the most important point MPs need to take on board if they decide to go against Labour’s long-time pro-EU stance.

According to John Curtice in the Staggers on 9 February, the pro-leave majorities in such seats could be accounted for by the behaviour of those who voted for Labour’s opponents or did not vote at all. Tellingly, Curtice emphasises that Labour won the support of more than half the electorate in just two constituencies in the 2015 general election. These two are, therefore, the only MPs who can justifiably be swayed by the argument that they must back Brexit at all costs because Labour voters in their constituencies wanted it.

In fact, as Curtice says, all the survey evidence on how individual voters behaved on June 23 indicates that a clear majority of those who voted Labour in 2015 backed remain. Even if Labour voters in London are excluded, a large panel of 30,000 voters organised by the British Election Study still came up with the result that 69 per cent of 2015 Labour voters who voted remain.

This evidence demonstrates why colleagues in Brussels are not at all happy with the stance of both the Labour leadership and many MPs at Westminster. The final straw was Labour backing the Article 50 bill even though all the amendments had been lost.

There are inevitably differences of view on Brexit both in Westminster and in the European Union. There is, however, one view on which everyone agrees, namely that this is the most important decision we will take for a generation. No wonder colleagues from other countries are staggered by the Labour leadership’s jettisoning our previously immutable commitment to the European Union.

Published by The Fabian Society