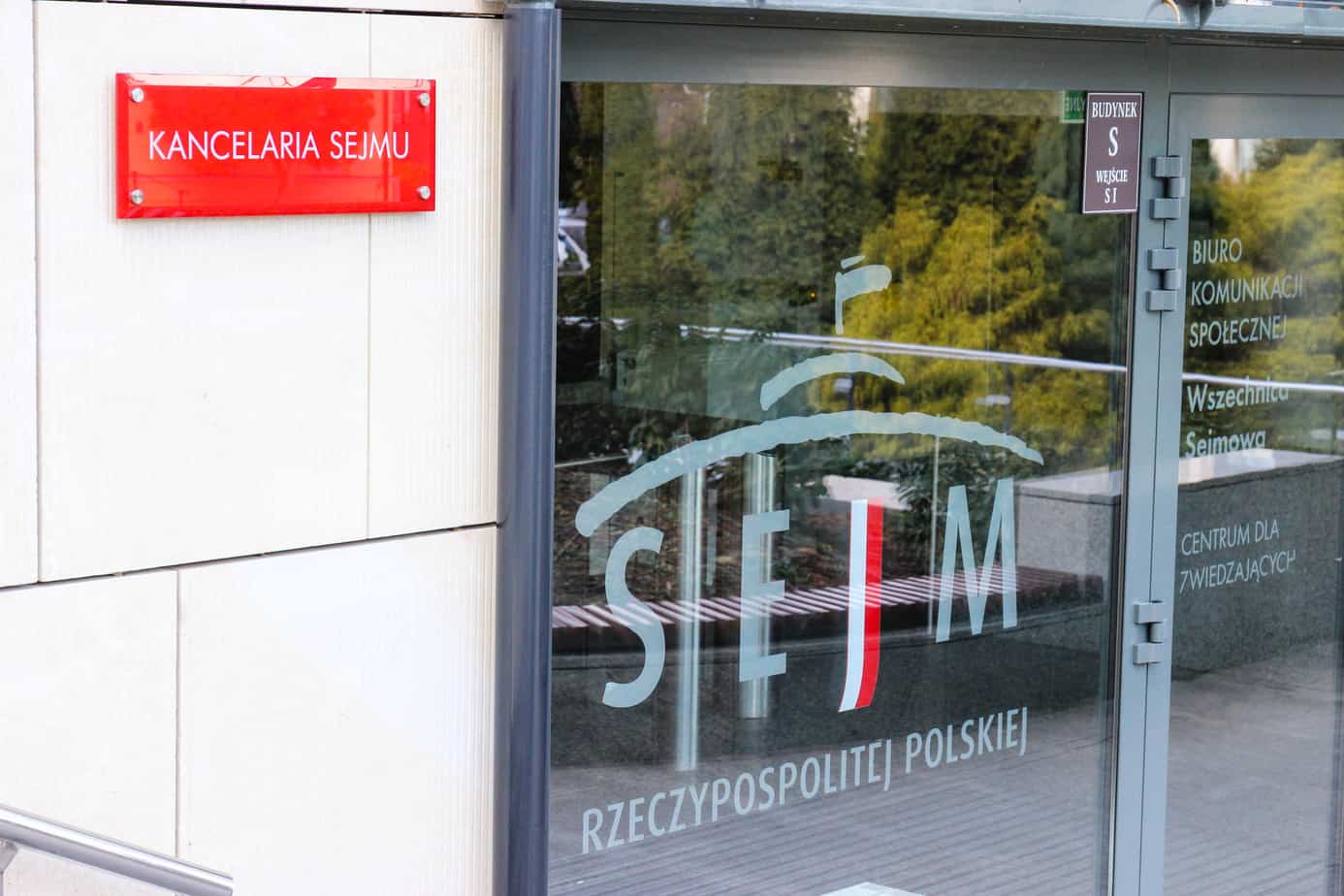 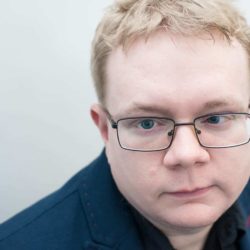 With MPs such as: Gdula, Zawisza, Czarzasty, Zandberg, Dziemianowicz-Bak, Gill-Piatek, Konieczny and Scheuring-Wielgus – the Left in the Sejm has the best ever composed delegation that crosscuts between young and middle-aged population. It is certainly the most outstanding in the span of one and a half decades, or even, it may be the best in the entire history of the 3rd Republic of Poland.

The Left is coming back to life. Maybe it was not non-existing, but definitely it was on the margins of political life until last Sunday. The electoral alliance “The Left” itself was established somewhat by a miracle, and somewhat by coincidence – very shortly ahead of the general elections. It may have not succeeded in turning the electoral pendulum decisively towards opposition, but by the mere fact of existence it added (and didn’t take away!) several points for the broader anti-PiS alliance. It has earned its right to call itself the third political power of Polish politics – being also a force that is fresh, resourceful, full of ideas and energy, and also ideologically credible.

In this round more than forty MPs of both genders entered the game for the highest bid – namely aiming at redefining political conflict in Poland and adding a left-wing pole to it. It dared a vision of a future that would not only link the three founding parties, but would also have a potential to attract half of the Polish population in the years to come. But for that to happen, it has to pierce the glass ceiling of the ten-something percent. Personally, I see at least three steps, which it could take to accomplish that goal.

First of all, the Left would need to re-draft one of the ‘leitmotivs’ of its electoral campaign – which was a slogan of “for better quality public services”. As a revamped version of a ‘new, better social policies” they did not resonate in fact, as in the rhetoric they sounded as either the continuation of ‘giving (things) away for free’ (rozdawnictwo) or as an ineffective social security system that caters “worst sort” and funds extensively bureaucrats. To that end, because of the last years practices, it seems to be very vague vis-à-vis tangible direct cash transfers to one’s accounts, which Polish citizens grew accustomed to and tend to believe that they themselves know best how to spend as a sum of money. The deepening crisis of the healthcare and education systems can potentially, most unfortunately, enhance these attitudes just following the simple understanding: why to give more money to something (education, health etc.) if they do not work anyhow? So, in order to connect beyond the employees of the public sector, the Left should – in the first instance – portray healthcare, education, public transport and others as the matters that are ensured because they are direct translation of what it means for citizens to have human rights. Furthermore, they should be seen as an extension to the sustaining and survival of the economic growth in Poland.

Simply because access to healthcare means better living standard for our children, our grandparents, but also a chance that we would not become a society drained by diverse civilizational diseases and troubled with undermined (and impoverished) early pensioners. In such a context, most brutally speaking, the only hope for the system as such to survive would be calculating on pre-mature death. When it comes to public transport, it should not only be a privilege of the developed urban areas but should encompass the local rural communities – being also an act for dignity and equal treatment of the inhabitants of the countryside. Next to ethics, it is most evidently also the way to tap into the resources of labour for entrepreneurs, to send an impulse to speed up the disagrarisation, to offer hope for giving education to all young people to reach better high schools and finally a potential for an ecological industrial policy. Thirdly, and finally, school has to become a place of equal opportunities and equalising chances, it has to be a centre of socialisation and learning how to live in a democratic society, and also – forgive me this vocabulary – a place of boosting human capital. This is the only capital that can attract to Poland something more than just installation plants and the only base on which a modern welfare state in our country can be constructed.

Secondly, the Left has to invent its European story. The sentiment towards the times when SLD was leading Poland into the European Union, may resonate among the party’s members, but is becoming less and less evident for the voters. Simultaneously, talking about Europeanisation of healthcare seems ineffective. Possibly because of the same reasons for which the talk on public services does not work well. In the past, Unia Wolnosci (Union of Freedom) set an utopian horizon of a “Promised Land”, whilst the governing coalition of PO-PSL (Civic Platform – Polish Peasants’ Party) was talking about “squeezing Brussels sprout” to fund stadiums, highways and sewage plants. Building on those better and worse experiences, the Left has to find its own way to portray Europe as a vessel of our civilization and a vehicle of our safety in these stormy times. It is not going to be an easy task, because inside of the EU there is a grand and chaotic reconstruction without an action plan. And to make things worse – issues of security are still associated within the Polish society mostly with military questions and hence with the alliance with the Americans.

Nevertheless, only the European means and the European know-how can, for example, make the climate change policies reality and help transitioning from carbon-based economies. And that is our own civilisational chance. Furthermore, only the European investment in research and development can support us in improving the quality and elevate standards of the public services, whilst offering resources to develop technologies that would facilitate life of communities and societies. Only the EU can counter-balance the power accumulated in hands of technological giants. Finally, only the EU gives at least a shred of hope for establishing a fair taxation system that would tax companies, whose idea today is being dismissed because of the narrative broadcasted by the most powerful Embassy in Warsaw. Summing up, inventing a new Polish policy towards the EU will be a major and difficult task, especially when it comes to laying out a map of new kind of inner-EU alliances. It may prove to be even more of a titanic challenge to tell the citizens about this new agenda in a way that they would find appealing. But without a vision of a Polish progressive Europeanism, the Left is unlikely to construct and consolidate its narrative about modern Poland.

Thirdly, soon enough there will be a search for a ‘leader”. The three tenors (Wlodzimierz Czarzasty of SLD, Robert Biedron of Wiosna and Adrian Zandberg of Razem) played well in this campaign, shouldn’t a strong political force have one principal chairperson? But, no matter how it may look like, this is not a priority matter. At this moment what the Left needs much more are women on the front line. Leaving aside concrete names, I would suggest focusing rather on the figures of visionary experts than on archetypes of leaders. This means concretely, it would be best to promote female politicians as faces of the grand topics, as icons of the political solutions – rather than just as partisan leaders. These will emerge possibly anyway, but it is bound to be a lengthy process. But the activists who are fluent and credible in frameworks of big debates – healthcare, education, laic state and/or women rights – these three parties have the privilege to have in their own front ranks. They have authority and enjoy respect in diverse milieus, they have acquired knowledge and what is key: they know how to communicate with voters directly.

The article has been written on the bases of an initial text that under the same title was published on 14th October by Krytyka Polityczna. FEPS thanks the author and KP for the right to use this material.