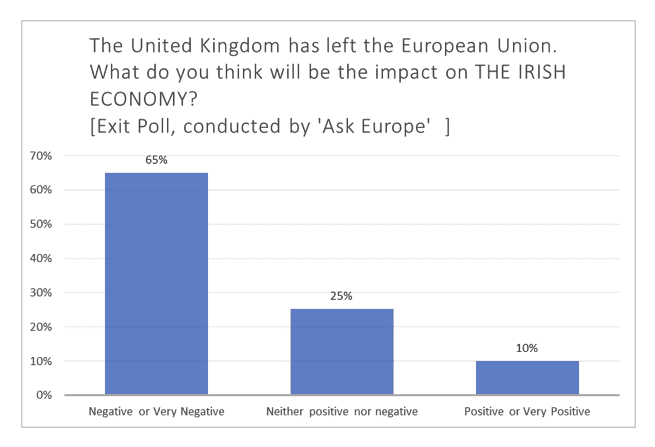 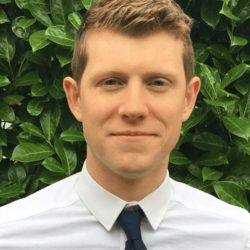 by Kevin Cunningham
Lecturer in Politics at Technological University Dublin

While Brexit was a non-issue in the Irish general election, considerable challenges emerge from it.

While the Withdrawal Agreement of the UK from the European Union facilitated Boris Johnson’s ability to win the 2019 British general election through consolidating the Leave vote, it hampered the prospects of the Irish Prime Minister Leo Varadkar only two months later.

“Following the British General election, Brexit fell down from the first to the third most important issue.”

January is a time of the year where pressures on the health service are more acute and the public is more aware of the issue of homelessness. As such, healthcare and housing were the two big issues in focus for the main parties.

An exit poll has remained that Brexit is significant.

That is not to say that Brexit is not considered to be important, rather that the immediate issues of Housing and Healthcare were more prominent in this time horizon. Brexit will invariably return as a prominent issue, not least as a result of the upcoming negotiations of the EU-UK trade agreement and the Irish domestic businesses. An exit poll reveals that a significant majority believe that Brexit will have a negative or very negative impact on the economy. There remains therefore the recognition that Brexit is significant.

It is unclear at this point what the next government will look like and indeed the prospects of another election is also a serious possibility. One proposition is that Sinn Féin, Fianna Fáil and the Green Party would form a coalition government. This might make sense if Fianna Fáil were significantly larger than Sinn Féin. However, the two parties are almost tied on 37 and 38 seats, making it unclear who would lead the next government. Although they may be an appropriate match on policy grounds, there is significant distrust in Fianna Fáil of Sinn Féin.

Critically, the presence of Sinn Féin, due to its association with the past, particularly with the IRA, may make it more difficult to reconcile North and South (Ireland and Northern Ireland) and East and West (Ireland and the UK). Arguably, it is difficult to reconcile differences between the two communities in Northern Ireland without reconciling any differences between the two Islands of Ireland and Britain.

For the Labour Party, the future is brighter than it was before the election.

In 2016, the Labour Party had been part of an unpopular coalition government for five years. It had been charged with the task of cutting the country’s enormous deficit in line with the European ‘bailout’ agreement. In the 2016 election, it lost 30 out of its 37 seats – retaining only the most senior members. However these  experienced members of this group of parliamentarians were tainted among some voters by their time in office, thereby creating extra difficulties. While the party lost a further seat in the 2020 election, it’s future is somewhat brighter as there has been a significant change in the personnel and a couple of younger candidates have been elected. The Social Democrats also performed well, winning six seats, on a lower vote share than the Labour Party. One significant issue for the two parties in the weeks ahead is how they might cooperate.