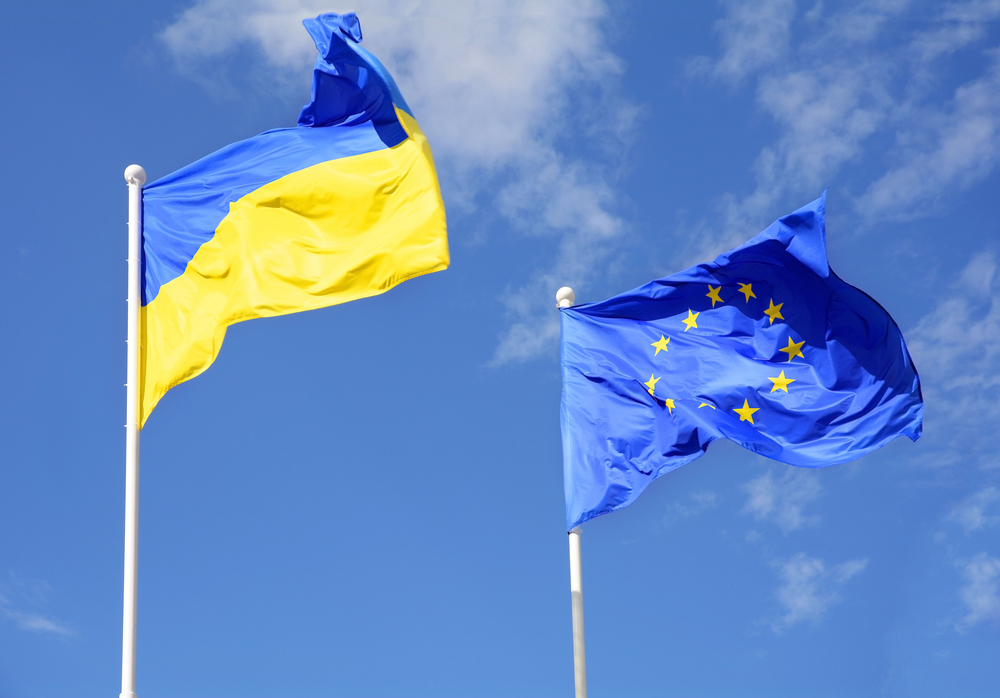 The time seems to have come when the EU has to assume itself as a geopolitical entity, with an enhanced role and responsibility in global governance and towards its neighbourhood. Let us see the first decisions that will be taken by the extraordinary European Council meeting this week in Versailles.

The implications of the war in Ukraine will be far-reaching: for the Ukrainian people first of all, but also for the role of democratic rules in the global order, for the redrawing of the map of Europe and the future of the European project.

For the moment, under the shock of the Russian invasion, the EU has finally coalesced around some first fundamental measures: organising the reception of the first wave of refugees, supplying weapons to the Ukrainian forces, setting in motion sanctions with impact on the Russian financial and economic system, coordinating with the other international bodies to isolate Putin’s offensive, albeit limited by the risk of an escalation with unforeseeable consequences.

But this war, thanks to the heroic response of the Ukrainian people who foiled the raid initially planned by Putin, may drag on and still has a very uncertain outcome. It could range from defeat and submission to Russia, to a detachment of provinces and the creation of a buffer zone, or a relative victory of Ukraine with rapprochement to the EU. And several key questions will arise in the meantime.

How to welcome a large wave of refugees without repeating the regrettable blockages recently seen? It will be necessary to quickly set up humanitarian and temporary protection channels while at the same time finally organising a true European asylum system based on European borders, European coordination, and the sharing of efforts between all the member states.

How to create the conditions for a ceasefire agreement that will reduce civilian and military losses and prevent the escalation of the conflict while minimising the concessions to be made to Putin? It will be necessary to put him under maximum pressure with financial, economic, and political sanctions. It is equally crucial to mobilise all the international partners and – as far as possible – the Russian population itself, and to strengthen support for the Ukrainian resistance. But this is a race against time that will be paid for with Ukrainian lives.

How to respond to the Russian offensive in cyberspace – this new form of warfare – aimed at attacking various digitalised systems and manipulating the Russian and international public opinion? It will be necessary to rapidly develop greater cybersecurity capabilities and activate globally accessible public information worldwide.

How can we succeed in drastically reducing Europe’s energy dependence on Russia without incurring the risk of blackmail or a new spiral of inflation or worse stagflation? It will be necessary to diversify sources of supply and accelerate the transition to renewables with the necessary capacity of investment. This will mean prolonging the exceptional European budgetary capacity created to respond to the pandemic, maintaining the suspension of the Stability and Growth Pact and reforming it for the times to come. A swifter transition cannot deepen social and regional inequalities in Europe.

How to respond to the calls for Ukraine’s EU membership and those which are coming from Eastern European countries, starting with the Western Balkans, when we know that integration requires a major preparatory effort on the part of the candidate countries to meet the demanding conditions of the single European market and the democratic rule of law? Far more effective instruments of partnership and support need to be developed.

How can we prevent Putin-led Russia from gaining more overt or covert allies? China’s position will be crucial, as it could provoke or prevent a fracture of global governance and the advent of a new cold war. A much more proactive EU will be needed to defuse these risks and push for a negotiated solution and an inclusive but more effective multilateral system. The recent vote in the UN General Assembly that isolated Putin is an important point of departure.

It is time for the European Union to play its rightful geopolitical role and to take on its responsibilities in the global governance and towards its neighbourhood.

This means equipping the bloc with more robust instruments for its deepening and widening, overcoming various taboos and blockages concerning a more coherent foreign policy, a European defence capability in conjunction with NATO, a reformed European asylum system, a European energy union, a European industrial and digital policy and a strengthened fiscal capacity based on tax convergence.

A multi-speed architecture may have to be considered if some member states do not want to or cannot for the moment keep up with the necessary pace. It remains to be seen on what terms coexistence with Russia can one day be restored.

The fight against the pandemic has given new impetus to the European project. The battle against the new face of tyranny – with Ukraine at its epicentre – should provide an even greater one.