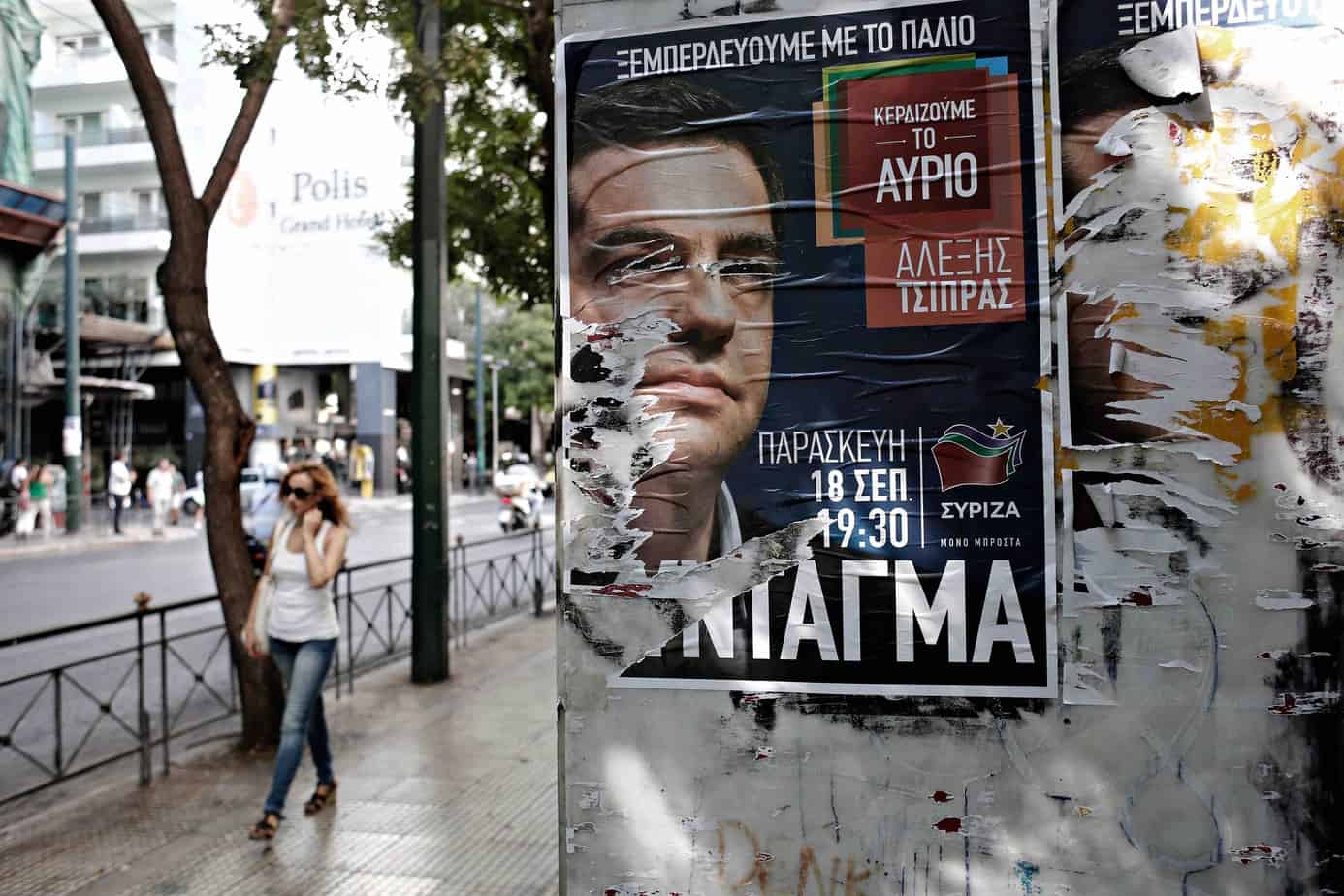 The Progressive camp in Greece is in a deep and protracted crisis. Even if SYRIZA’s hegemony at the left side of the political spectrum seems established, fragmentation, tensions and old enmities make an alliance of progressive forces very difficult.

The European elections of June 2019 were a major blow to the Government of Prime Minister Alexis Tsipras. The Coalition of the Radical Left (SYRIZA) came second, lagging behind the centre-right Nea Demokratia by 9,5%, obliging Tsipras to keep his word and announce precipitated elections for the 7th of July. After 4,5 years of SYRIZA in office, one referendum and a new Memorandum of Understanding with the Troika (IMF, ECB, European Commission), the country seems on the way to normality. On the 21st of August 2018, the Greek Prime Minister announced the end of the country’s bail- out era from the island of Ithaca, a reference to the successful end of the Odyssey and its hero’s return home. However, the more appropriate mythological analogy would have been Sisyphus, rolling a huge rock up the hill-only for it to roll down when it nears the top.

Today, after 3 memoranda and around 300 billion euros in rescue loans, the country has begun its recovery. But with the loss of a quarter of the country’s GDP, with citizens’ income shrinked by one third, the most terrible brain drain that Greece has ever witnessed (around 300.000 people left the country) and youth unemployment around 60%, the quest for normality is neither easy nor obvious. One of the main problems is that there still is no consensus on the causes of the crisis. The absence of a shared national narrative blocks the possibility to find common solutions across the political spectrum.

In the 2009 elections, the Panhellenic Socialist Movement (PASOK) under the leadership of George Papandreou gained 44% and formed a government on a program of structural reforms that could have tackled chronical problems of Greece, namely clientelism and corruption.

The crisis however, caught the government by surprise and led to its fall in 2011. Meanwhile, the previously small leftist coalition of SYRIZA managed to rise from 4% to 27% in 2012 and finally, to 36% in January 2015, when it came to power. With its lowest – 4,6% – in the January 2015 general elections, PASOK (under the new name of KINAL) did not manage to pass 7,1% in the recent European elections, falling from 8% in the previous European elections. At the same time, SYRIZA, with 23%, seems to have maintained the position of the major progressive party in the country, claiming hegemony on the left of the political spectrum.

European Social Democrats have been trying to integrate SYRIZA and supported the creation of a progressive alliance in Greece with SYRIZA, PASOK/KINAL and POTAMI (a small centrist party). However, PASOK/KINAL has boycotted all common gatherings and any attempt for dialogue between the progressive forces. With around 7%, it has become a party of personalities, with a limited yet stable audience.

In its effort to be recognised as the new progressive pole, SYRIZA has tried to open up to centre-left forces in the country (mainly by accepting former members of PASOK, even former Ministers, as members) and to cooperate with the Party of European Socialists and the Socialists and Democrats in the European Parliament. Tsipras was also invited to participate in the meetings of the Socialist Heads of Government before the European Council meetings, while he elaborated together with the group of Socialists and Democrats the idea of a “Progressive Alliance” between the left, the Social Democrats and the Greens.

SYRIZA’s is a story of the transformation of a leftist Eurosceptic party to a mainstream European party, that wants today to reunite under its leadership the progressive forces in the country. After the first period, marked by the former Finance Minister Yanis Varoufakis, Tsipras reinvented himself: once fervently anti-establishment, he evolved into a political pragmatist in a way that surprised many.

PASOK/KINAL seems today more prone to an alliance with the right-wing Nea Demokratia than with SYRIZA. The leader Fofi Gennimata declared on the 22 of June, nearly two weeks before the upcoming national elections, that it will “not lead the country into new adventures”, even if that means supporting a right-wing government.

There are many reasons for that. The first reason is existential: it is about its identity as the main progressive force in the country, which PASOK, even decimated to 7%, is not ready to abandon. The second reason can be identified back in 2010-2011, when SYRIZA supported the movement of indignados on Syntagma Square that contributed to an extreme polarisation and the fall of the Papandreou Government.

The major challenge would be to reunite forces and confront a right-wing party that has nothing to do with the progressive agenda on any important issue.

KINAL doesn’t seem interested in becoming again a strong pole within the Greek political system. It is content with a score around 10% that will guarantee its position in the centre of the political system. Its rhetoric is mainly anti-SYRIZA, accusing Tsipras of appropriating the heritage of Andreas Papandreou, the founder of PASOK. KINAL seems to forget that you cannot defend social democracy having as unique adversary a left-wing party, while at the same time you are ready to support a right-wing government. Given the above, it is highly unlikely that after the elections it will enter in any type of alliance with SYRIZA.

In this framework, the new Government is expected to exploit and even further cultivate divisions among progressives. The major challenge would be to reunite forces and confront a right-wing party that has nothing to do with the progressive agenda on any important issue.

One could easily admit that the progressive camp is in deep crisis: tensions, fragmentation and polarisation give a bleak picture for the perspective of a strong alliance of progressive forces, which would be the only answer to a conservative Government in the country.