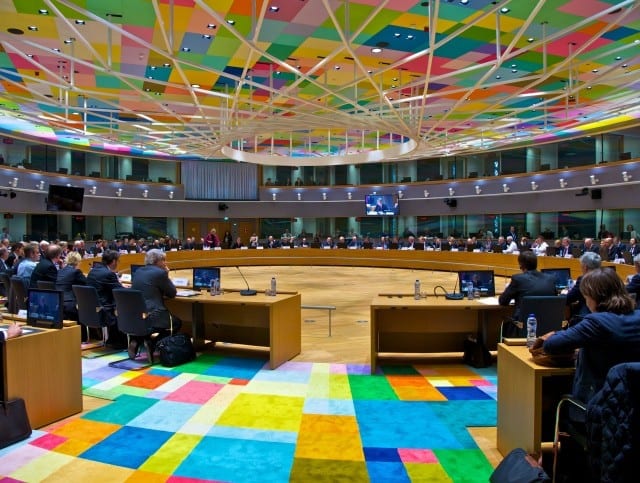 Headlines in Britain have for months been full of Brexit. But even as Theresa May moves closer to triggering Article 50, the media coverage still focuses on the United Kingdom’s position, possible approaches and potential red lines, with very little about the views on the other side of the negotiating table.

So, what is the general response of other EU countries and the EU institutions to the Brexit bill? Are they just waiting for Article 50 to be triggered? Or are they preparing their own comprehensive list of demands ahead of the mother of all divorce cases?

Of course, they repeat that the ball is in Britain’s court: until the EU receives notification from the UK saying it intends to leave, and spelling out what conditions, transitions and aspirations for the future it desires, the rest of the EU has nothing to respond to.

The first principle is about the sequencing: first the divorce settlement, then the future relationship.

But some preparations have been made both on the general stance they will take and on the process of the negotiations. The EU-27 (the EU minus the UK) are pretty united on the general principles and key issues, but the devil will be in the detail, especially in regard to the inevitable transitional period.

A second principle is that, as with any club, a non-member cannot continue to have full access to all the facilities. Participation in some specialist areas, like the EU technical agencies on medicines, aviation, or policing might be possible, with an appropriate contribution to the costs. Full access to the single market would require playing by the same rules as everyone else in that market, and accepting the same system of arbitration when there are disputes about those rules. Cherry-picking benefits without accepting the corresponding obligations is certainly not on offer.

A third is reciprocity. Yes, the EU-27 will be happy to enshrine the rights of UK citizens resident in other EU countries, but will expect that Britain should do the same for EU citizens resident in the UK. And any rules on future freedom of movement must apply both ways.

A fourth principle is that any new arrangement with the club must respect international law: World Trade Organisation rules mean that a partial, sectoral, participation in the customs union looks very difficult to envisage.

So what will the next steps be in the EU, once the UK has notified its intention to leave, presumably by the end of March?  The heads of state or government – the European Council – will meet without the UK to determine their response. Simply finding a date for an extra meeting of the EU-27 will be complicated by both pan-European and national political events.

To avoid clashing with the 60-year celebrations of the Treaty of  Rome in late March and a mid-April Easter, one date that has been suggested is 20-21 April. But this is immediately before the French presidential elections from 23 April to 7th May, followed immediately by the French parliamentary elections, meaning France will be in electoral mode for months. This is another reason May’s insistence on March for triggering Article 50 is so rash.

Then, to implement the European Council’s response, the European Commission must draw up formal recommendations to ministers from the EU-27, meeting in the General Affairs Council (GAC), who will then take the formal decision to open the negotiations with the UK. This decision may well be taken only after there is a new French government, in June at the earliest. It will define the mandate for the Commission to begin to negotiate on behalf of the EU-27.

The starting pistol will have been fired.

Then the difficult work begins – the cost of the divorce, the shape of the future framework, the likely transitional period and how that will be governed, of which more in my next article. Throughout the negotiations it will not be the Commission but the EU-27 who will continue to steer the objectives, the responses to British proposals, and the acceptance or rejection of possible compromises. It is the negotiations among them that will be as critical, if not more so, than the negotiating sessions with the Brits.

The next few months will be a roller coaster, with much uncertainty, plenty of opportunities for misunderstanding, and considerable likelihood of divisions within the British government as it faces up to unpalatable choices.

Published by The Fabian Society