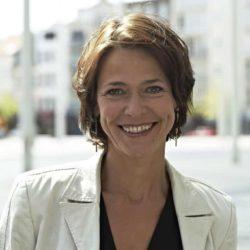 According to the European Environmental Agency (EEA), exposure to air pollution throughout the EU causes around half a million premature deaths. Air pollution is first and foremost a social issue. It is the most vulnerable and the more socially disadvantaged groups who are suffering the most: young children, pregnant women and the elderly. Pollution is creating another type of inequality and is aggravating existing ones.

As long as around 90% of Europeans living in cities are exposed to levels of air pollution deemed damaging to human health, the European fight for cleaner air must continue.
That’s why the European Parliament robustly countered the plans of the European Commission to withdraw the from its work programme. This forced the Commission to backpedal and to continue with its Clean Air package, which resulted, among other things, in an agreement between the Parliament and Council on a revised National Emission’s Ceiling Directive with more ambitious national caps on emissions. The agreed pollution cuts will reduce the health impacts of air pollution by around 50% by 2030.
The European Parliament also scrutinised Europe’s failing regulation on car emissions. The ‘Dieselgate’ inquiry committee made perfectly clear that, in particular the Euro 5 and Euro 6 regulation for diesel cars have failed when it comes to the emissions of nitrogen oxides. Without any doubt, the introduction of a real driving emissions test for the type approval of new vehicles will, together with the agreement on a new Regulation on the approval and surveillance of vehicles, improve the environmental performance of new cars coming on the European market.

But this alone will not solve the problem. The ‘not to exceed’ limits for Euro 6 cars may still be exceeded by 110% in the course of the next three years. And by the time the Euro 6 emission standards will be finally complied with, the European standards will lag behind the ones that are in force in China and the US. Besides this, an estimated 37 million overly polluting diesel cars and vans continue to drive on EU roads.

Cities are looking for ways to restrict the access of the most polluting cars via Low Emission Zones (LEZ) but the current Euro classification of cars is not suited for that purpose. Due to outdated and unrealistic test procedures, some Euro 6 diesel cars which are allowed in LEZs might well be more polluting than older models which are banned. This makes LEZs based on Euro classes ineffective. The alternative of straight diesel bans will lead to an increase in exports of highly polluting cars to central and eastern EU Member States. Air quality problems will be exported, not solved.

Cities are looking for ways to restrict the access of the most polluting cars via Low Emission Zones (LEZ) but the current Euro classification of cars is not suited for that purpose.

Further actions are therefore urgently needed. First, as recommended by the Dieselgate inquiry committee, the Commission must come forward with more stringent Euro 7 emission standards for cars coming on the road from 2025 onwards. These emission standards must be in line with the more stringent limits in China and the US. Secondly, the EU must oblige car manufacturers to repair the current Euro 5/6 fleet, with hardware fixes if needed, in order to comply with the emission standards “in normal use” as required by the Euro 5/6 legislation. Thirdly, we must establish an EU-wide remote sensing network to monitor the real world emissions of the car fleet and to identify excessively polluting vehicles and to trace cars that might be illegally manipulated. Finally, based on the results of this remote sensing network and independent on-the-road testing, we should elaborate a labelling scheme for cars that can be used by cities to introduce effective Low Emission Zones. Crossborder data exchanges must enable foreign visitors to get automatic access to cities with LEZs based on Automatic Number Plate Recognition (ANPR). The same crossborder data exchanges will also enable authorities responsible for the enforcement of the LEZs to collect fees from non-compliant foreign vehicles.

With these additional actions, we will be able to improve our citizen’s health and restore trust in the EU’s institutions. Air pollution is clearly a topic where the EU can prove its added value.

EEA report on air quality
Annual Report of the Chief Medical Officer of the UK, 2017, Health Impacts of All Pollution – what do we know?