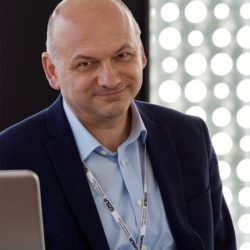 On 15 June, the Prime Ministers of Albania, North Macedonia and Montenegro, Edi Rama, Dimitar Kovačevski and Dritan Abazović, visited Kyiv to meet the Ukrainian President Volodimir Zelenski. They expressed solidarity with Ukraine and supported its candidacy status for accession to the European Union. Two days later, Milorad Dodik, the Serb member of the Presidency of Bosnia-Herzegovina met Russian President Vladimir Putin in Saint Petersburg – to say that the Republic of Srpska does not support Western sanctions against Russia. He condemned the West collectively for trying to weaken Russia and called for strict neutrality of Bosnia-Herzegovina in the matters of this war.

Such diverse positions illustrate the lack of unity in the Western Balkans (WB) on the war in Ukraine. While all WB states have condemned the invasion and supported the territorial integrity of Ukraine, Serbia and the Republic of Srpska oppose sanctions against Russia. Bosnian-Herzegovinian Croats, who are now increasingly close to Milorad Dodik with whom they share views on the internal structure of the country, refrain from openly criticising Russia, which is also in line with political statements by the President of Croatia, Zoran Milanović, who asked his government to veto NATO membership for Sweden and Finland should NATO fail to support Croat requests for changes of the electoral law in Bosnia-Herzegovina. This view – although not shared by the current Croatian government – is not unpopular among Croats in Bosnia-Herzegovina either.

The war in Ukraine has thus become instrumental for a domestic power struggle in the region, and in particular in Bosnia-Herzegovina. It has the potential to widen the gap between Serbia/Srpska and others in the Western Balkans. It may harm the prospects of Open Balkans, the initiative for wider and deeper regional economic (and in future perhaps political) cooperation in the region. Two of the three states that have so far joined the initiative – Albania and North Macedonia – are following the Western policies on Russia, whereas the main initiator, Serbia, is neutral.

The policy of ‘military neutrality’ was declared in response to Western (not unanimous, though) support for the independence of Kosovo in 2008. It preceded Aleksandar Vučić’s coming to power four years later. Thus, it is unlikely to be criticised by the opposition, especially by the pro-Western opposition that introduced it while in power. In the past ten years, Vučić has actively worked on reshaping of Serb national identity by focusing it on the notion of historical victimhood. He sees Serbs as victims of previous wars – both World Wars and the one in 1991-95 in Croatia and Bosnia-Herzegovina.

Reminding people of the 1999 NATO bombing over Kosovo serves this purpose. The more they see themselves as victims, the fewer Serbs think of themselves as being perpetrators of crimes during this war. Serbia believes it has been unfairly stigmatised by the West for its role in the 1990s. Putin’s rhetoric on NATO – in particular, his frequent mentioning of the case of Kosovo – fits well into this new narrative and is useful to Serbian political leadership. It is also popular among the general population. Many in Serbia – opposition parties included – agree with Vučić when he said to Chancellor Scholz: “don’t be angry that our approach to Kosovo is different. As much as you love the territorial integrity of Ukraine, so much do Serbs love the territorial integrity of their country, and that is how it is”.

The message was clear: de-recognise the independence of Kosovo and we will fully support the West on Ukraine. This is, however, very unlikely to happen. The Serbian leadership remains sceptical of the West and feels it does not have an obligation to follow the West’s foreign policy – especially not against Russia, a country that never recognised Kosovo. But it stands also verbally with Ukraine and its territorial integrity – also because Ukraine did not recognise Kosovo’s independence either.

Serbia condemned Russian actions in Ukraine but failed to join sanctions against Russia. In an online meeting with President Putin earlier in June, Vučić secured the extension of an agreement which guaranteed low gas prices for his country for another three years. To many in the West, this looks like profiteering at a moment when other countries – who agreed on sanctions – are losing out.

How risky is the situation in which Serbia has placed itself became obvious when the announced visit to Belgrade by Russian Foreign Minister Sergey Lavrov had to be cancelled on 5 June. Serbia is physically surrounded by NATO member states – who refused to allow Russia to use their airspace for the purpose of Lavrov’s visit. This was a reminder of the importance of geography to Serbia – and that geography can sometimes play a bigger role than history.

German Chancellor Scholz asked Serbia to move away from Russia and closer to the West gradually – in a step-by-step journey that would be clear and unequivocal. The West obviously understands that radical change is unlikely and might be too risky. Everyone still remembers the tragic consequences of the radical turnabout towards the West by Prime Minister Zoran Djindjic (2001-03), who was assassinated by rebel members of the ‘deep state’ he did not have under his control.

At the same time, there are also risks to regional cooperation – and perhaps even security – if Serbia is further stigmatised for its refusal to introduce sanctions against Russia. In Bosnia-Herzegovina and Montenegro (a member of NATO since 2017) the population is split over the war in Ukraine, largely along ethnic lines. The last thing that the Western Balkans need is to turn a political crisis into a security crisis.

The West should thus be cautious in its approach of these issues. Its main priority should be to preserve peace and stability in the region. The war in Ukraine is affecting the whole of Europe. However, in the Western Balkans, the memories of the previous war (1991-99) are still fresh and painful. The Western Balkans has so far avoided being involved in the most recent war (in Ukraine). If it remains so, it would be the first time since the Balkan Wars of 1912-13 that the Balkans are not directly included in a European war. Thus, the approach should be one of further inclusion of the region in the EU, not the one of exclusion.