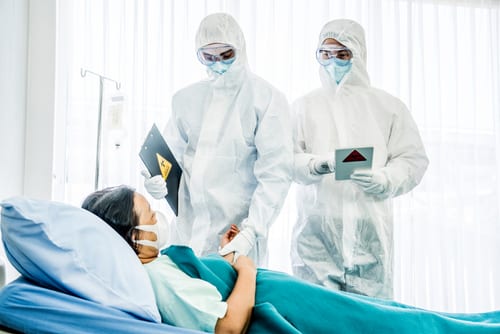 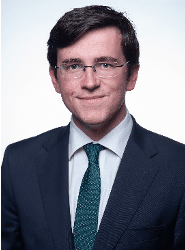 by Miguel Costa Matos
Socialist Member of Parliament in Portugal

We are truly facing a crisis of overwhelming proportions. The pandemic is costing thousands of lives across the globe and meanwhile the need to keep social distancing is not only reshaping our way of life as a society, but forcefully tanking entire sectors of economic activity and with it the livelihoods of millions.

To borrow from the Harvard economist Carmen Reinhardt, “this time truly is different“, in both the nature and mechanism of the health and economic crises. Different in its nature because the virus poses a global and imminent threat to human lives which requires urgent solutions on a global scale.

“we cannot forget about the supply side this time, even though we usually can“

But it is also different from recent recessions and namely the 2008 global financial crisis in its mechanism. This crisis originated not in financial markets but with a pandemic which has forced much of the world economy into lockdown, consequently keeping workers, businesses and consumers from both producing and consuming. This means that, unlike previous recessions, “we cannot forget about the supply side this time, even though we usually can“, as Baldwin has said and “the goal should not be to increase aggregate demand“, as Saez and Zucman wrote, but rather “keeping businesses alive through this crisis and making sure workers continue to receive their pay cheques“.

But if this time is to be truly different, we must ensure it is different in two further aspects. We must not allow the poorest and most fragile among our society to bear the brunt of this crisis, as they did in 2008/2011 and as they have done throughout history. Secondly, this cannot be another hiatus during which, in Lampedusian manner, “things must change so that everything can stay the same“. Rather than reinventing a new version of capitalism, this crisis should bring about a fairer and more sustainable political economy suitable for the digital age.

A time for solidarity

As FEPS President Maria João Rodrigues recently wrote, “this corona virus will be the greatest test to our values and will force us to make clearer choices“. We can neither allow “catastrophe capitalism” nor indulge in “quarantine corporatism“, two terms Anton Jäger so aptly coined. Rather, we must design socially minded policies to preserve income and jobs while strengthening public services without which we cannot fight the social, economic and thus health crises. This will naturally require supporting firms in distress, but a social mindset should shape how this support is given.

“Leaders should note this is not the time to estimate gains and losses. Their hesitation and inaction will have a real cost in human lives.”

No country is immune to the virus or its social and economic consequences. It is pointless to contain the virus nationally if it runs loose elsewhere in the single market. In facing the virus, our success will be like a chain: only as strong as its weakest link. Additionally, the global nature of this shock means countries won’t be able to compensate recessions in some of their export markets simply by exporting elsewhere. Indeed, those with most at stake are countries with the most trade openness and, particularly, the greatest trade surpluses. However, leaders should note this is not the time to estimate gains and losses. Their hesitation and inaction will have a real cost in human lives.

That, above all else, should be reason enough for European solidarity. As the crisis unfolds, the ECB’s Pandemic Emergency Purchase Programme, at about 6% of the Eurozone’s GDP, and the ESM’s credit lines, capped at 2% of each member state’s GDP, may not suffice. It is in our common interest to develop, sooner rather than later, some form of coronabonds and enhance European cooperation on healthcare resources and research. As we literally ‘escape’ from the rules of the Stability & Growth Pact, Europe should also take this chance to develop shared automatic stabilisers, such as a European Unemployment (re)Insurance.

If this virus is the greatest test to our values, it is not only because we face an unprecedented threat to the living conditions of working families but because, if we fail them, they do have somewhere else to go, electorally: the populist far-right. That is why we must understand, in no uncertain terms, that democracy too is at stake.

The populist far-right feeds off fear, disillusion and contempt for the establishment. As Nancy Fraser puts it in her book The Old is Dying and the New Cannot be Born, all populist movements “involve a dramatic weakening, if not a simple breakdown, of the authority of the established political classes (…). It is as if [masses of people] had lost confidence in the bona fides of the elites“.

“After failing the promise of prosperity in the aftermath of 2008, failure to contain the virus or mitigate its social and economic impacts may broaden the populist far-right’s potential electorate.”

While political leaders have so far enjoyed a wartime-like bonus to their authority and popularity, we should be weary of its fragility. After failing the promise of prosperity in the aftermath of 2008, failure to contain the virus or mitigate its social and economic impacts may broaden the populist far-right’s potential electorate. Perhaps indeed, as Marx cautioned, history repeats itself first as tragedy then as farce: capitalism’s response to the crisis was, first, a tragedy, and now a farce. It will appear truly farcical for many if capitalism once again says “we are all in the same boat” while bailing out elites and cutting back on welfare and public services.

This time, however, populists have new tools at their disposal. As admiration for the Chinese contention strategy illustrates, the states of emergency declared across the world, while necessary for public health, have an unpleasant side-effect of normalising a state of exception pertaining to civil rights and liberties, just as the austerity years normalised states of exception to social and economic rights.

The virus and the ensuing economic crisis will leave people rightfully yearning for control, a sentiment populists have exploited only too well. Progressives must answer this yearning with the kind of emancipatory social protection that, for a long time, was our trademark. We must also resist the temptation of taking refuge in technocracy, facing this crisis with humanity, responsibility and solidarity. Only in doing so will we meet the test of our times.