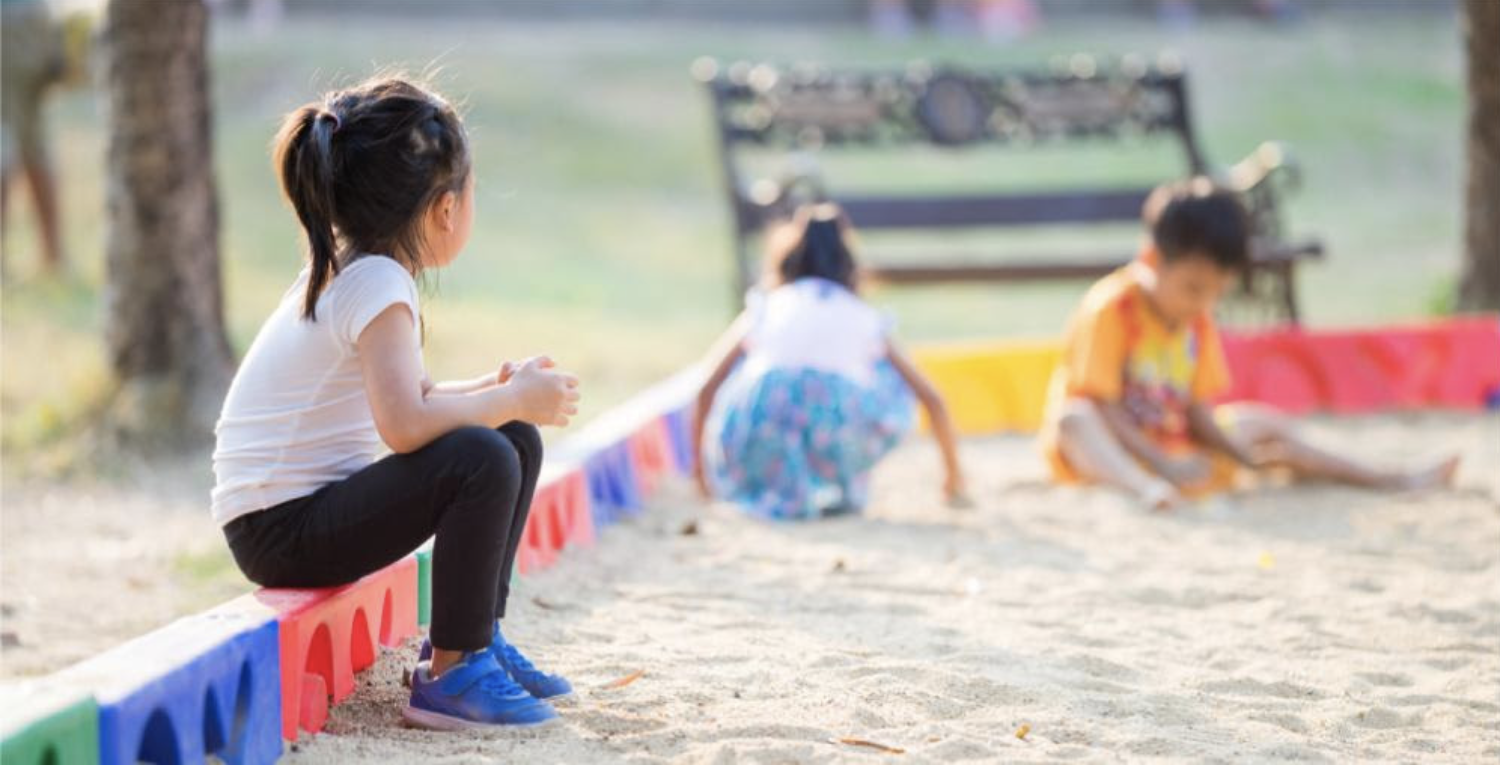 Today, the European Commission has presented a proposal to the EU council for a Child Guarantee Council Recommendation. It is a timely step for the European Commission to prioritise childcare and children’s rights and to invite member states to step up their plans to fight inequalities already during the early years of childhood. Seen the devastating effect of the pandemic on children, such a guarantee is even more necessary today than it was before the crisis. Increasingly, children are falling into poverty because of the recession. But they also face a dramatic learning loss due to school closures and lacking access to digital education. But from today, investing in early childcare becomes a must for European countries!

“Every child should have the right to thrive and aim for the stars” said the European Commission today, when launching two major initiatives in the field. As of today, Europe is equipped with a strategy to promote the rights of the child as well as with a recommendation for the establishment of a European Child Guarantee.

The EU Strategy on the Rights of the Child aims at promoting a comprehensive set of rights for all European children, from child-friendly justice to protection from violence, also in the virtual space, along with ensuring equal opportunities for children at risk of poverty and social exclusion, notably through the European Child Guarantee. The purpose of the latter is to support member states in guaranteeing access to affordable health, nutrition, housing, education as well as early childcare for most disadvantaged children. An agreement has been reached to earmark 5 per cent of the European Social Funds Plus for the implementation of the Child Guarantee actions in countries where child poverty is particularly high. It is extremely important that the proposal of the Child Guarantee recognises the need of steering national financial resources towards expanding effective, free, and inclusive childcare services as the best way to tackle inequalities.

If this proposal goes through, member states will have to submit their national action plans to guarantee children’s equal opportunities, to the European Commission. These plans will then be monitored via the European Semester process. For this purpose, member states would appoint Child Guarantee Coordinators to work in close cooperation with the Social Protection Committee.

Thus, a relevant part of this new European policy consists in the coordination and monitoring of national actions and results. The European Pillar of Social Rights Action Plan, which will kick off at the Social Summit of Porto in May 2021, proposes to lift 15 million people out of poverty by 2030, among which at least 5 million children. Two targets concerning Early Childhood Education and Care (ECEC) have been also integrated within the renewed Social Scoreboard to monitor achievements of member states within the European Semester mechanisms. With today’s proposal, member states will be obliged to go beyond national ‘averages’ and investigate, for the first time at EU level, inequalities in access to ECEC services for disadvantaged children: those living in low-income households and precarious families, facing severe housing deprivation, or growing up in institutions, as well as the children with migrant or minority backgrounds, or with disabilities.

Childhood represents a sensitive time for human beings. It’s the time when the essential capabilities to grow up and live in an increasingly complex world are acquired. But children do not enjoy the same chances to fully develop these capabilities. Evidence shows, for instance, that gaps in basic cognitive skills, such as reading, are already huge when children turn three. At that age, children from high-income families know, on average, 800 more words than their peers from low-income families. This means that the material poverty of parents directly impacts educational inequalities among children. It is a vicious cycle, carrying inequalities from one generation to another. And it is the most ignominious form of disadvantage, because it is not determined by any merit, but purely by heritage. And it is not only unjust for the individual children, but it is detrimental for the entire society, because it prevents talent and capabilities to be deployed for the common good.

Yet, breaking this vicious cycle is possible. Access to childcare is crucial in this respect. Empirical research has shown that access to quality ECEC programmes helps children enhancing their educational capabilities. This is particularly true for poorer children who can benefit the most from participating in early learning activities, with positive effects that last for a lifetime. According to a recent FEPS Policy Study, European children of three years old, coming from the bottom 40 per cent socio-economic status, are about 15 per cent more likely to attain average competency levels when they become teenagers, if they have had access to childcare at the age of one or two. In addition, childcare services, by ensuring work-life balance and allowing especially women to work, also contribute to the reduction of inequalities among adults.

Unfortunately, at present, only a fraction of European children enjoy access to quality childcare services below the age of three. Only half of EU member states have achieved the common target of enrolling a third of their children into ECEC programmes in the early years. The luckiest are mostly children coming from middle-high income families. Poorer children are generally excluded. The lack of places, notably in marginalised sub-urban or remote and rural areas, combined with market-based solutions, makes services inaccessible to the most disadvantaged children.

This is why progressives have pushed for European action in the field and why today’s proposals mark a great step forward in the fight against economic and educational inequalities among children.

On the occasion of the International Children’s Day, on 20 November last year, the European progressives gathered over 400 prominent figures from the world of politics, academia, and civil society to launch a “Call for a Child Union“ and boost EU ambitions for a strong Child Guarantee and the Next Generation EU fund that truly works for Europe’s future generations. Civil society has also been extremely vocal, and consensus has emerged that concrete actions are needed to guarantee equal access to quality ECEC to all European children, and that structural inequalities and risk factors for their holistic development need to be addressed.

Just last month, the German SPD launched its manifesto for this year’s federal elections, with the proposal to make childcare available and free for all children. If Olaf Scholz becomes Chancellor after the elections in September, Germany will make childcare a legal and social right for every child. A revolution, that only a handful of countries around the world has realised.

The SPD proposal is not only a bold, but also extremely popular. The pandemic has made many realise how important childcare services are for the well-being of children, but also for parents, to allow them to work. Unsurprisingly, the new US administration, led by Joe Biden, has chosen the bold measure of including a $40 billion package to support childcare services and expansion of the Child Tax Credit into the $1.9 trillion American Rescue Plan. Specifically, a $3,600 tax credit per child under the age of six and of $3,000 per child up to age 17, refundable for low-income earners, is expected to cut child poverty by half in a single year.

Both Scholz and Biden understood that mistakes of the past should not be repeated. Sustainable recovery, from the worse sanitary and economic crisis, that the world has known since the second world war, can only happen if the most vulnerable are lifted up, starting with children.

The US is showing progressives the way, Germany might follow suit, and there are positive developments in other countries too, like Belgium, Italy, Portugal, and Spain, which are planning to use resources of the Next Generation EU to expand ECEC. The good thing about today’s EC proposal is that by reaffirming that the wellbeing of European children is a common priority, all European member states will have to reinforce their actions in this domain. And they will have to deliver better results.

Although many might see todays’ proposals as not ambitious enough, they nevertheless send an extremely positive – and progressive – message: the post-pandemic recovery must be cantered on the many, and on the most disadvantaged. And above all on children.

Progressives will need to keep up the fight until every European child is entitled to the right to ECEC and to live free from poverty. It is possible, and it is necessary to build a really sustainable and just “Next Generation European Union”.