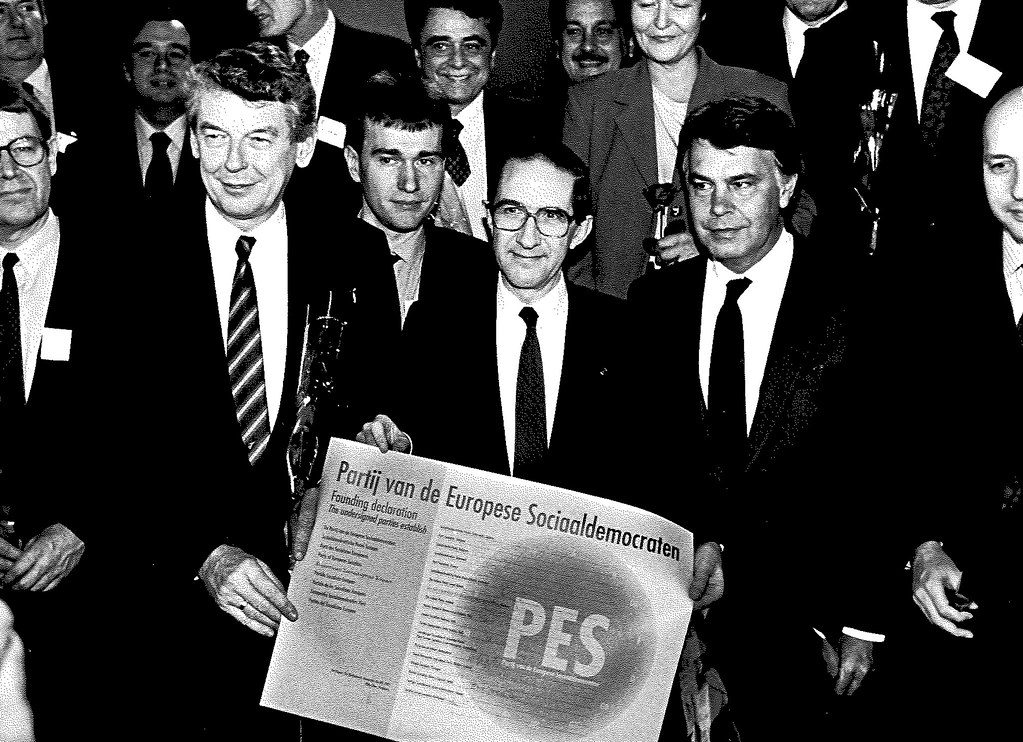 We are living in complex times. There is a war in Europe, there is a cost-of-living crisis, there are rising inequalities and signs of growing social unrest. But these times are also a unique opportunity to write history, to try to serve a greater purpose, and to make a difference. And hence, while in just a few days the Party of European Socialists (PES) will be celebrating its 30 years jubilee, the question is if the long-awaited, upcoming Congress in Berlin can become a pivotal moment. Will the decisions and actions taken there translate into a grand new narrative, into a modest next chapter, or will the Congress result in just securing a footnote in the chronicles of Europe for the next decades?

Undoubtedly, there is incredible potential. The PES is an organisation with proud traditions and has never shied away from the ambition to rise in dire straits. At the turning moments, it always assumed responsibility and saw the greatest leaders of the movement step in. Their wholehearted involvement contributed to the development of European political cooperation, as they were the architects of ground-breaking decisions. Paul Henri Spaak agreed to run for the first Presidency of the European Parliamentary Assembly under the condition that the Socialists of all member states would support him, laying the ground for the creation of what is now known as ‘parliamentary groups’. François Mitterrand welcomed the first pan-European rally at the Champs-Elysées during the 1979 campaign. Wim Kok led the working group that drafted the concept of transnational parties, which was then negotiated in the European Parliament by – amongst others – Enrique Barón Crespo.

These three instances show that since the establishment of the liaison bureau of the Socialist Parties of the European Community (in 1957), through the Confederation of the Socialist Parties of the EC and within PES (that inherited the earlier traditions in 1992), it has been the combination of strong leadership, compelling ideas and the close connection between national and European politics that determined the most outstanding moments. It has been this very specific understanding of what the value of European cooperation is that makes the member parties stronger also on the national level – as by influencing Europe, they safeguard rights and provide opportunities for the citizens back home. And that is something worth recalling today, when ambition should not just be about persevering in hard times.

Certainly, the situation is complex. The impact of multiple crises is magnified by the effects of the war in Ukraine. In addition, it is difficult to predict how things will unfold. But there are anchoring points to build on. The progressive family can be proud that its representatives hold key positions on the EU level and already now, still almost two years before the next European elections, have achieved an impressive record. Even though they are not the largest group in the EP, they have been able to uphold the primacy of progressive politics in so many key portfolios: green transition and sustainability, international politics, employment and social affairs, gender equality, and the future of Europe. But these accomplishments need to transcend and be translated into further concerted actions, which will not happen by default.

The initial solidarity and unity among the member states when they were confronted with the war are slowly fading away. Politicians increasingly feel pressure to respond first domestically to the energy and cost-of-living crisis. Especially, since recent elections in several EU member states show the inclination to tectonic shifts in the political stages of the respective countries. This pressure may only deepen the divides among Social Democrats of different member states, who in the inter-governmental dimension kept striving for an agreement on a common position regarding key issues such as financing the Recovery and Resilience Facility (RRF), over the means to realise the ‘Fit for 55’ package, to the question of minimum income. This calls for a more comprehensive, honest conversation – one that could result in a new grand narrative. Now is the time indeed to put forward a new fundamental programme and outline what kind of Europe Social Democrats want to build; how big and how strong they want it to be, and how they want to commit to working jointly on each level of governance.

But because the times are hard, this new narrative cannot be about reaching a compromise that only disguises a common lowest denominator. It must be about making bold choices. It must be about saying what, precisely, defines progress, welfare, and social justice for all, and also: what does not. In fact, as history shows, it is clarity and not complacency that has united Social Democrats in the past. In times when many Social Democrats were sceptical about European integration, fearing that nothing good could come from this mainly market-driven process, Willy Brandt used the Confederation’s Congress in Bonn to put forward the concept of a Social Europe. Then, in 2002, despite the draining divergences around the ‘Third Way’, Robin Cook and Ton Beumer, brought together a majority of Prime Ministers from East and West to the PES Council in Warsaw, manifesting the unity of the PES on the most profound questions of the time: enlargement and integration. And finally, thirdly, under the leadership of Poul Nyrup Rasmussen, the Party engaged in the discussion on a new form of financial capitalism, long before the financial crisis of 2008 hit. When the crisis came and resonated in many intra-countries’ conflicts, PES stood tall and coordinated, equipped with a clear vision of a New Social Europe. This proud legacy entails encouragement: it proves that when there has been a will, there has always been a way. The upcoming Congress should find comfort in that.

But there is one more thing that needs to be noted. Even the grandest idea will just be a thought unless there is a community that gets motivated by it and an organisation that ensures its implementation. In the past decades, the PES grew – emerging from a kind of consultation committee inside of Socialist International (Liaison Bureau), then spending years attached what is the current S&D Group (in the EP till 2004) and then evolving to what it is now: a powerful network with stable resources. The organisational leap forward has always been a conscious and political decision, which, conducted with a certain foresight, was about keeping PES relevant, connected and a protagonist of organisational innovations.

Thus, it is not a selfish thing to look inward and devote time to a profound organisational reform. In 1973, Alfred Mozer wrote a paper on the internal reform of the Confederation, precisely to prepare it for what was the grand enlargement of the time. His contribution saw the community grow from six to nine member states. Next, Ben Fayot and Thijs Wöltgens drafted a proposal to transform the Confederation into the PES, amid debates about the new Maastricht Treaty and the geopolitical changes on the continent. The same time was also used by Karin Junker and several other feminist politicians to create a Women Standing Committee (today PES Women) and the youth activists to establish ECOSY (today YES). Later, in 2004, at the Congress that saw a leadership context –the core of the dispute was the framework of the organisation, with the winning concept focused on creating openings and, consequently, strengthening reach-out strategies towards civil society as the Global Progressive Forum. Finally, in a critical moment in which the Constitutional Treaty for Europe was rejected and prospects for the EU’s future looked most gloomy, Poul Nyrup Rasmussen and Philip Cordery proposed a reform that would connect for the first time the PES proceedings strongly with the EU calendar, but that would also open the organisation to the PES activists.

As there is an ongoing reflection about the new regulation on transnational parties, it is a time to embrace a call for a new kind of format and working methods that would make the organisation thrive. One that would make it a vibrant, influential and inclusive community, which offers a format that engages both in the formal contexts and in new ways – not least to make sure not to leave the Tik Tok generation’s votes to be conquered by others. Indeed, today’s expectations differ, as it became clear in the last election campaign to the European Parliament, or at the end of the Conference on the Future of Europe (an experiment Europe should be repeating soon, taking into account the dramatically changed context – with the ongoing war – and debates about the new concepts of integration (as, for example, with Olaf Scholz’ speech in Prague last August). The need to have a modern and functional platform however remains the same, where views can be exchanged and converged among national party leaders; where ideas can be developed, and practices shared to reinforce sister parties and organisations; where actions and campaigns can be coordinated; where standards are set to make sure that European progressivism embodies in practice the ideals of participatory, deliberative, and representative democracy.

The latter is incredibly important, so that when another Progressive Page is written perhaps on the occasion of another jubilee not too long in the future – the list of those who shaped the moments is gender-balanced, but also geographically, generationally and ethnically equilibrated.

The time is now, and no other will be given. It is a time to unite behind a new grand narrative for Europe and to build a vibrant organisation. The elections to the European Parliament are in less than two years, and they will belong to those, who will show courage and who dare to propose real alternatives, against all the odds.