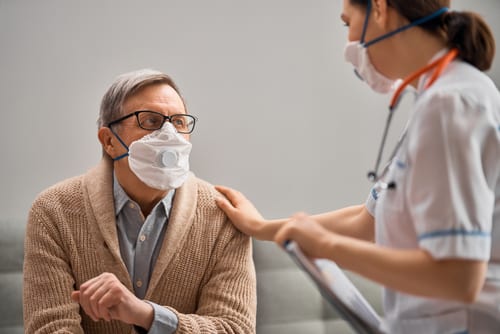 by István Ujhelyi
Member of the European Parliament since 2014

The cross-border spread of the coronavirus and its global threat perfectly illustrate that there are challenges that can only be addressed as a community that stands united.

In some Member States of the European Union, there is a trend of anti-EU outbursts, a forced emphasis on the independence of Member States and severance of community solidarity. However, the current healthcare crisis proves that only in a more integrated system, only through cooperation and strongly clinging together can we provide real answers to the problems we face.

“it is unacceptable that, in certain regions of the European Community, a European citizen has lower chances of survival than in the western part of the Union”

This, in turn, must lead to a review of the level of competences of the Member States and, at least, in some areas, the need for a minimum of compulsory integration. Let us look at healthcare, the organization and operation of which the EU treaties leave to the Member States. Of course, one cannot expect the same level healthcare to be provided to a Swedish and, for example, to a Hungarian EU citizen, as the economic differences do not allow for it. Nonetheless, this is what should be strived for. However, it is unacceptable that, in certain regions of the European Community, a European citizen has lower chances of survival than in the western part of the Union. According to the European Health Consumer Index, the Eastern European region comes last in this regard: Hungary, Romania and Bulgaria are lagging behind in terms of quality care, and the differences are striking.

In order to achieve real and lasting results in healthcare, we must cross certain boundaries, certain fossilised European dogmas. Such is the sacred cow of Member State competence.”

The tragic situation of Hungarian healthcare is well illustrated by the fact that, for example, in Hungary the number of amputations carried out is three times the number in the EU. The reason this figure is so high is that it is simply “worth it” for the system. Hospitals do not receive as much financial support for reconstructive vascular surgery as they do for amputation. But we can bring even more shocking data: today, more people are dying of hospital infections in Hungary than in car accidents. This is simply incomprehensible in the heart of Europe. Cancer figures are equally alarming: in the Central and Eastern European region, mortality rates of tumour related diseases are massively above the EU average each year with Hungary as the tragic record holder, where, according to Eurostat, 345 out of 100,000 people die of cancer.

The European Commission and its president, Ursula von der Leyen, have presented an important and forward-looking initiative in the fight against cancer, but ‘Europe’s Beating Cancer Plan’ can only be a milestone on a much longer way. In order to achieve real and lasting results in healthcare, we must cross certain boundaries, certain fossilised European dogmas. Such is the sacred cow of Member State competence, which no one dares to question or even rethink at a minimal level. Although it is high time to do so. Perhaps there is no debate among EU decision-makers that the right to physical and mental health is a fundamental human right for all European citizens. Nor can it be a particularly substantive debate that health is an investment in human capital, social and economic development, which contributes significantly to the protection of human rights and human dignity. That is why the European Community has a vital interest in investing in people and investing in healthcare, as it is a guarantee not only of economic sustainability but also of peace in society.

“while in Hungary there are slightly more than six nurses for a thousand inhabitants, in Germany it is exactly double”

The situation around the coronavirus has also perfectly demonstrated the need for health systems that are strong, resilient, functional, well-managed, responsive, accountable, integrated, but above all, human-centred and deliver quality service. All this requires a competent healthcare workforce, backed up by appropriate infrastructure and legal frameworks and adequate funding. And while we are at it, let us be clear: health systems in Europe are in complete imbalance. From Hungary alone, more than 7,000 doctors and an even higher number of healthcare professionals have gone to work in another EU country in the past ten years. Although the rate of medical emigration has slightly decreased in recent years, at least ten physicians leave Hungary every week. This is more than alarming! According to the professional chambers, almost 24-25 thousand nurses are missing from the Hungarian healthcare system currently. The number of nurses is far below the OECD average: while in Hungary there are slightly more than six nurses for a thousand inhabitants, in Germany it is exactly double. It is telling that there are currently there are thousands of vacant doctor and even more medical professional positions in Hungary, which clearly and literally endangers medical care throughout the country. So it is a very valid question as to how long we are still to allow such severe imbalances in health systems to escalate, that is, how much longer will we leave the organization and management of healthcare to Member States alone? It is a serious misunderstanding if EU Member States that are able to provide a more prosperous economic and social environment believe that they are not affected by the poor state of healthcare in the Eastern European regions. A solid foundation is needed, a minimal guarantee that balances out the fragile systems.

“Climate emergencies, healthcare problems, and refugee issues are all challenges that can only be addressed by common and comprehensive solutions.”

The European Pillar of Social Rights, adopted in Gothenburg, was an important milestone in progress, and details of this pillar must now be expanded and implemented. The European Community is based on solidarity and mutual benefits. In line with this, it is time to start a new era and surpass some of the dogmas that are said to be carved in stone. Climate emergencies, healthcare problems, and refugee issues are all challenges that can only be addressed by common and comprehensive solutions. The only way to achieve this is through deeper integration and setting minimum common standards. This is why, for example, there is a need for a ‘European Minimum Healthcare Service’ which sets out the minimum service to be provided in each Member State. Just a tiny hole on our common boat is enough to let the water slowly turn it to its side and eventually sink the sailboat. There is no use thinking that such a monstrous construction can withstand everything.