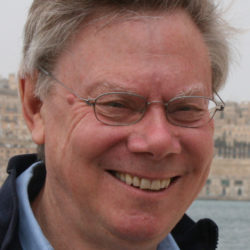 by Stewart Lansley
Visiting Fellow at the University of Bristol, Council member of the Progressive Economy Forum (UK) and author of The Richer, the Poorer, How Britain Enriched the Few and Failed the Poor, a 200-year history, Bristol University Press

The last 40 years have seen a remarkable – and prolonged – global experiment in inequality. While the post-war years of social reform led a new drive towards greater equality, that trend was then set in reverse. Today most rich nations are significantly more unequal than in the 1980s.

This reversal has been driven in large part by the failure of the egalitarian movement to recapture the ideological high ground. While egalitarians won the battle of ideas in 1945, the ideological baton was then seized by a group of once marginalised pro-market evangelists. They claimed that building stronger and more entrepreneurial economies required a stiff dose of inequality. Few have put it quite as bluntly as the Chicago-based Robert E. Lucas, one of the high priests of the post-1980s market revolution. ‘Of the tendencies that are harmful to sound economics’, he wrote in 2003, ‘the most poisonous is to focus on questions of distribution’. It was a theory that became the conventional wisdom, embraced by mainstream economists and applied by many, including left-of-centre governments.

Today we have the evidence from that experiment. The four-decade pro-inequality strategy has created two destructive, inter-related forces. First, those countries most wedded to the 1980s’ social and economic counter-revolution have succumbed to an embedded high inequality, high poverty cycle. Secondly, this cycle is being driven by an extractive model of capitalism in which over-empowered financial elites have been able to secure a disproportionate share of gains from growth. The practice of extraction by big business in recent decades has led to a bias to inequality in many nations, with economic shocks, such as the 2008 Crash and Covid-19, leading to a further widening in income and opportunity gaps.

All societies need to justify their inequalities. Yet the inequality experiment has proved a classic example of what the seventeenth-century philosopher Francis Bacon called ‘wishful science’. Far from the promised economic pay-off, the experiment has brought weakened economies, a destructive trail of social fragility and a reversal in life chances for many. Child poverty rates have risen in two/thirds of OECD countries in the last 15 years while charitable food aid has been rising across Europe. High income and wealth gaps are also associated with divided and weakened democracies. The US, the richest country in the world, is facing a new democratic crisis. In the UK, there was a 23 percentage-point gap in the 2010 general election between the turnout of the richest and poorest income groups. With the world’s top one per cent emitting twice the carbon emissions of the poorest half, the yawning wealth and income gap is fuelling the global climate crisis.

With the impact of the pandemic born most heavily by the poorest, Covid-19 has reinforced the argument for greater equalisation. There is much talk of building a better post-Covid world, and the need for a radical reset of today’s pro-inequality model of capitalism. Yet, the political response to these calls has been marginal at best.

In contrast to rising insecurity for many, the pandemic has proved to be another bonanza for the already rich and affluent. The wealth of the world’s 2,189 billionaires rose by over a quarter in the four months to July 2020, taking their joint wealth to a new peak. The two corporate groups to do best out of the crisis have been ‘big finance’ and ‘big tech’.

Despite a number of blueprints for a post-neoliberal political economy, there have been few attempts to make corporate and financial leaders share the burden of retrenchment and minimal official recognition of just how fragile market economies have become. The instruments of extraction – the diversion of rising corporate profits into higher shareholder and executive returns, a surge in leveraged private equity takeovers, the skimming of returns from financial transactions, and a rolling process of monopolisation – remain in place.

There are some, if limited, signs of change. Joe Biden’s agenda for progressive social change in the United States has made some progress but is facing the usual political constraints to radical reform built into the American system. In Europe, from Germany to Portugal, progressive forces are winning the ideological argument. Yet little of the growing pressure to act has been translated into a tangible programme for change, while the world’s financial and corporate elite has been unwilling to acquiesce to anything other than a token erosion of its muscle, privileges and wealth. As George Orwell warned in 1941, ‘the bankers and the larger business-men, the landowners and dividend-drawers, the officials with their prehensile bottoms, will obstruct for all they are worth’.

If today’s extractive mechanisms driving polarisation remain largely intact, income and wealth levels will continue to be highly concentrated. If so, post-Covid societies will end up looking much like their pre-pandemic, inequality-driving models.