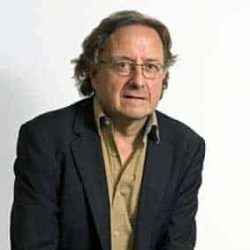 “Social democracy doesn’t represent an ideal future; it doesn’t even represent an ideal past. But among the options available today, it’s better than anything else we have”. These words are taken from Tony Judt’s ”Ill Fares the Land”, written in the final stages of the amyotrophic lateral sclerosis (AlS) that led to his death in August. With the help of his family and friends, Judt turned the last two years of his prostrate life into a period of creativity. In a way, this book is his political testament. The rest is for the memoirs that he left behind.

In ”Ill Fares the Land”, Judt sets out his commitment to social democracy following an interesting project to look at contemporary malaise and its roots. The starting point is his perplexity at a society that has made money its sole moral criterion: The search for material things has been turned into a virtue – to the extent that it is the only thing left as a sense of collective will. Thus, we witness wild growth in inequality, the systematic humiliation of the weakest, the abuse of non-democratic powers (beginning with economic power), against which the State is powerless, and without there being the slightest revolt or indignation. The reduction of human experience to economic life has become second nature. A second nature that comes from a world constructed in the 1980s, offering no alternative, and founded on the uncritical admiration for unfettered markets, disdain for the public sector, the delusion of endless growth.

Why is it so hard to find an alternative?

Judt quotes Adam Smith in reaffirming the destructive nature of a culture that uncritically admires wealth. The largest and more universal cause of the corruption of our moral sentiments. He describes the blindness of the world we live in, where an increase in global wealth hides disparities in income distribution, breaks down social mobility, and destroys the mutual trust that is so essential for bringing sense to life in society. And the key to its success is the triad of insecurity, fear and mistrust which are used as a basis for a system of domination. The question running through Judt’s book is: why is it so hard to find an alternative? And this leads us to the combined effects of conservative ideological hegemony and globalisation. The economy has globalised, but politics remains local and national. Politics should find empathy in a citizenry, the vast majority of which experiences life at local and national levels. But instead of reinforcing this link, politics has become blurred in its resigned acceptance of the limits of what is possible, as defined by the markets.

The big problem is the moral vacuum

We cannot continue evaluating our world and deciding on the necessary options without moral reference points and judgments. It is only through these that we can rebuild confidence. And trust is necessary for everything to function properly – even the markets. The author refers to another leading figure of the great liberal tradition, John Stuart Mill, in setting out an unequivocal position: “The notion of a society in which the only connections are the relationships and feelings arising from financial interest is something that is essentially repulsive.”

No melancholic discourse of the past emerges from a critique of the construction of hegemony, which dates from the 1908s. It is clear that in the 30 years following the end of the Second world war, citizens in the U.S. and democratic Europe experienced the best social conditions ever known. But this was the privilege of a select group of countries that had found the right balance between social innovation and cultural conservatism. The riots of the late 1960s that broke the moral and cultural parameters of those years unconsciously paved the way for the radicalisation of individualism that in turn would lead to the conservative revolution of the 1980s. Then came the west’s vain reaction to the fall of Soviet-type regimes. History is over, they said, as though Marx’s promise of replacing policy with administration had arisen from the defeat of communism itself.

The Left and the idea of Equality

The left was rendered speechless, while the right focused on discrediting the State. And so we continue – with no alternative. Can democracy survive long in the culture of indifference? Participating in Government not only increases the collective sense of responsibility for everything the Government does; it also preserves the integrity of those in power and keeps authoritarian excesses at bay. Along the way, we have lost the idea of equality. Without it, the social discourse becomes blurred. So, what should be done? Rethinking the state, restructuring the public debate, rejecting the misleading idea that we all want the same thing, and looking again at William Beveridge’s old question: Under what conditions is living possible and rewarding for men in general.

While politicians on the left quietly advocate social democracy, for Tony Judt it was the only adequate approach, because today’s main issue is inequality. Thus, social democracy needs to work for the prestige of the State, reconstruct its own language and find a moral tale. Injustice, inequality, unfairness, immorality… social democracy used to have the language for talking about these issues, but it gave it up. Judt says that we are emerging from two lost decades, between the selfish amorality of Thatcher and Reagan and the Atlantic self-suffi ciency of Clinton and Blair. And there is no assurance that we will not continue that way. Judt refers to Tolstoy in warning us that there are no living conditions that a man cannot become accustomed to – especially if he sees that everyone around him accepts them.