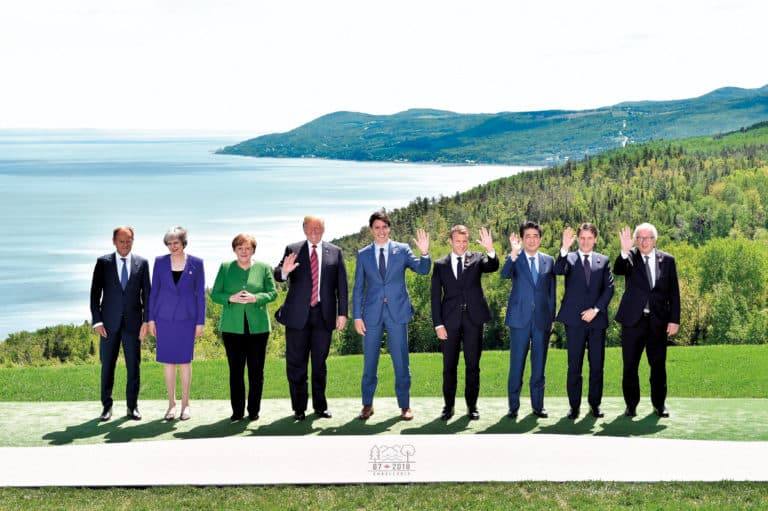 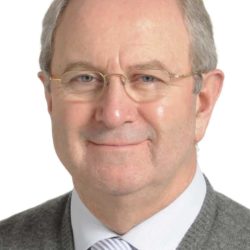 Following the G7 fiasco in Canada, the US has followed up on its threats to put tariffs on many Chinese exports. The EU faces a complex challenge to come up with a coherent trade strategy in the face of policies and practices of the other two global economic powers. It should avoid taking sides but stick to an optimistic view that managed globalisation can be made to work. Europe and China have a common interest in working together to avoid a global trade war.

Before dismissing the final G7 communiqué altogether, President Trump had insisted on removing the sentence “rules-based liberal international order” from it. But Progressives in Europe have, in fact, never looked uncritically on this “rules-based liberal international order” either. A progressive trade policy however, aiming not just at increased trade and growth, but also environmental sustainability and protection of social rights, will be hard to achieve at a time of convergence between centre-right and populist politicians.

For instance, the negotiations for a Trans-Atlantic Trade and Investment Partnership (TTIP) were viewed with concern by many European social democrats as they feared that the deal would merely strengthen corporate power. The EU-Canada agreement (CETA) proved equally conflictual until a compromise was found.

A progressive trade policy however, aiming not just at increased trade and growth, but also environmental sustainability and protection of social rights

Now, however, as the ratification process is under way, the new populist Government in Italy is opposing the deal, a typical example of how the far right aims to wrong-foot mainstream parties by taking up anti-trade rhetoric. Minister Salvini acts here like Trump did in the 2016 campaign, when Bernie Sanders challenged Obama’s trade strategy and Trump astutely stole his ideas and thereby enhanced his appeal to working class voters.

As Trump tweets venomously (and dishonestly) in the direction of the EU (as well as Canada and Japan) he has successfully created confusion and uncertainty as to his strategic objectives. His actions towards China have been far less confrontational, at least in terms of his verbal onslaughts (in complete contrast with his 2016 campaign rhetoric). If China acts upon its apparent readiness to continue the process of opening its economy to European investors, the chances of cooperation to develop global trade could nevertheless be enhanced.

“Now China leads” was the conclusion President Macron drew at the G7 in Taormina in 2017 as he and others failed to convince the US president to stay in the Paris Climate Agreement. After the G7 in Quebec in June 2018 US isolation from its allies became increasingly marked.

These are the circumstances in which European and global politics are being recast.

Like the US, China follows contradictory approaches even as it claims to seek good relations with the US and the EU.

In speeches from Davos to Beijing the Chinese president has talked up his country’s commitment to take the leading role in developing a “global community of shared interests.” When he talks of “regional globalism” he uses words that resonate with EU-leaders. Indeed China, unlike Russia and the US, does not seek to undermine the EU as a political project. Interdependence is a concept with which the European Union and its leaders feel much more comfortable than the US. The EU has not suddenly noticed the idea of “win-win” cooperation, as the Chinese like to call it.

Progressives cannot be blind to the political and social realities of Communist China but the apparent readiness of President Xi to lead his country in the direction of full integration into the global economy must receive a positive response from Europe.

Progressives cannot be blind to the political and social realities of Communist China.

There are, of course, concerns in Europe about unfair trade practices on the part of China, but this should not be a temptation by the EU to follow protectionist policies. It should be clear that fair “trade defence” measures are not protectionist. Referring to new legislation against what the EU perceives as unfair trade practices, Bernd Lange, Chair of the European Parliament’s International Trade Committee, explained:

“We have made our trade defence stronger and ensured that for the first time worldwide trade defence legislation takes account of respect for labour and environmental standards. We’ve given our industries a future-proof system to effectively protect themselves from unfair practices.” (European parliament)

The Chinese want the EU countries to respond more positively to their Belt and Road infrastructure proposals. Europeans want progress on a Bilateral Investment Treaty (BIT). China has adopted a new economic policy based on increased domestic demand rather than export-led growth.

By pressing China to move in a direction which opens its economy to fair competition, the EU can avoid taking sides in the developing US trade war even as the US seems set on pursuing such conflictual policies in relation to its G7 partners.

In this way Europe can show itself as ready to live in a “post-American world “ and at ease with the emergence of China as an economic superpower with which it should build towards a well-established strategic partnership.

Leaders should seek to go beyond the current stagnation in EU-China relations, building up trust and partnership and ensuring that a real alternative can be presented to the threats of trade war coming from Washington.