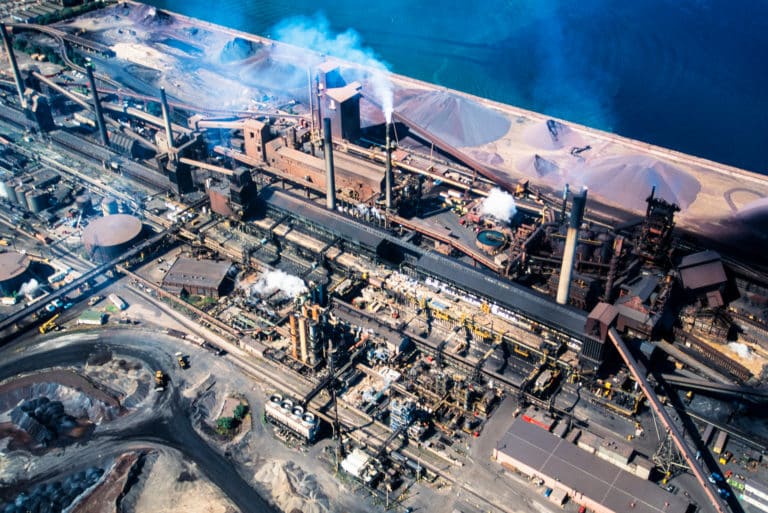 In the middle of 2016, something unprecedented happened on the US political scene. All three leading candidates for the presidency – Hillary Clinton, Donald Trump, and (until his concession in July) Bernie Sanders – were critics of “neoliberal” trade policies that put rentier profits above jobs and the real economy.

Their emphases differed, but all three promised breaks with the immediate past – including in their shared opposition to the 12-nation, Obama-negotiated Trans-Pacific Partnership (TPP). These positions came as a growing body of academic research shows how trade policies have left many U.S. regions permanently behind.

Fast forward to January 23, 2017. Trump had shocked the political establishment with his victory, and one of his first acts in office was to withdraw the U.S. from TPP negotiations. Yet despite much handwringing over the president’s rhetoric, his actual policy was just as, if not more, conventional than what a Sanders or Clinton presidency would have delivered. On top of her TPP opposition, Clinton had long called for reform of U.S. screening of inbound foreign direct investment, more muscular use of Section 301 penalties on countries like China that fail to protect intellectual property, more tariffs for enforcement purposes, and reviews every five years of trade agreements like NAFTA. Clinton may have even gone further than Trump (who has done nothing) on crafting rules to stop currency policies like those China used in the past.

On May 31 this year, he imposed steel tariffs on close U.S. allies like Canada, who were exempted from similar measures under George W. Bush and Obama.

Nonetheless, there are some distinctly Trump-y ways of conducting trade policy. On May 31 this year, he imposed steel tariffs on close U.S. allies like Canada, who were exempted from similar measures under George W. Bush and Obama. On the one hand, this strengthens the economic and legal defensibility of the measures. Under both U.S. and international trade law, it is better to work towards the fullest achievement of economic security goals – rather than treat allies better than foes in a way that raises concerns about discrimination or arbitrariness. On the other, the move makes for awful geopolitics – as the administration found out at Canada’s G-7 meetings. This escalation will make it next to impossible for the U.S.’ neighbours to accede to Trump’s demands on the North American Free Trade Agreement 2.0 talks.

He also actively sidelines the other branches of government. His steel tariffs were imposed using Section 232 of U.S. trade law, which leaves little to any role for checks-and-balances by courts and Congress. Likewise, he has proposed going around Congress on NAFTA and threatened Chinese investment restrictions in a week when Congress is attempting to come to a bipartisan and more lasting framework. By antagonising his co-equal branches, Trump risks their shutting down his discretion on trade.

Even if unwise as a matter of policy, Trump’s confrontational antics are bearing political fruit among Republicans. A growing body of political science research shows a substantial overlap between voters anxious about loss of a majority white America and those who fear loss of American dominance over other countries. While there are methodological reasons to doubt the descriptive robustness of these findings about the world pre-2017, they’re rapidly becoming a self-fulfilling prophecy, as Republican voters rally to their party leader’s point of view – despite evidence that Trump’s tariffs are already economically hurting their interests.

In the medium run, Trump may have succeeded in reigniting Democrats’ appetite for internationalism – something that seemed unlikely in 2016. Indeed, among the people leading the charge against Trump’s tariffs is none other than democratic socialist Bernie Sanders – who just two years ago was being parodied by comedians for his close similarities to Trump on trade.  Moreover, major symposia have been dedicated to revitalising progressive engagement on labour rights and a wider range of economic issues than just trade. This positive consequence – though indirect – will be the one felt after this dark chapter in U.S. history passes.