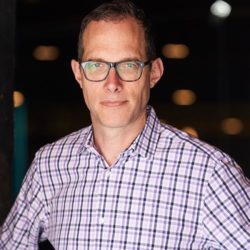 Progressives all over the world should take a moment to celebrate the significance of Joe Biden’s election victory. From a Canadian perspective, Trump’s corrosive impact was most acutely felt when you are America’s closest neighbour. Biden’s presidency will mark the end of that erratic policy and is expected to rekindle US-Canadian cooperation. But the forces that Trump has helped to unleash are the ‘new normal’ and will require decisive action to defeat.

Though the deranged loser seems set to drag out the court battles for as long as he can, in the end it was not that close.

Joe Biden has achieved the highest popular vote in US history and when all the ballots are counted will win by a healthy margin in excess of four million votes. Biden’s Electoral College result seems set to be similar to that of Trump himself in 2016. And Democrats are on track to win states – like Arizona and Georgia – that were formerly the staunchest of conservative bastions.

All of this was accomplished in the face of outrageous Republican gerrymandering (a polite term for outright vote fixing) that would be unthinkable and illegal in any other industrialised country.

As the revolutionary American political theorist, Thomas Paine, said “tyranny, like hell, is not easily conquered.” But the Democratic Party has overcome the Trump autocracy and we should all celebrate this triumph.

From a Canadian point of view, a Biden presidency will mark the end of erratic policy that has measurably harmed our country. Jagmeet Singh, the leader of the New Democratic Party, recently spoke for most Canadians when he said that Trump “made the world a more dangerous place” – something that is most acutely felt when you are America’s closest neighbour. Certainly, our export-oriented industries such as steel and aluminium – subject to periodic and unpredictable US tariff attacks – will now breathe a sigh of relief. The Biden pledge to “listen to the scientists” when it comes to Covid19-recovery will finally result in an effective strategy to contain the pandemic allowing for the long-delayed re-opening of the US/Canadian border – closed to most travel since March. A retreat from Trump’s refugee policy – a law so drastic it put the US at odds with Canada’s Charter of Rights and Freedoms – will allow a rekindling of our countries’ cooperation on these issues. And Biden’s re-commitment to the Paris climate change process will reinvigorate integrated, continental, progress on reducing carbon pollution.

In addition to the damage Trump has wrought directly, a less obvious aspect of his corrosive impact is the way he served as an excuse for the bad ideas of others. Nowhere has this been more evident than on the taxation front. Conservative politicians and big business alike have long used words like ‘competitiveness’ to make their preferred agenda of tax cuts and deregulation sound like smart policy. Since Donald Trump took office in 2016 and began to implement just such an agenda, that rhetoric has gone into overdrive as corporate elites and right wing voices try to drag Canada’s policymakers into their desired race to the bottom. Courtesy of the Trump administration’s mammoth $1.5 trillion suite of tax cuts, a predictable chorus of voices from within the business lobby started agitating for Canada to move in the same direction.

With input from experts such as the Roosevelt Institute, the Biden approach on taxation is very different and will allow greater progress – on both sides of the border – to address long-standing inequities.

Though Trump is headed for defeat, Trumpism – with its potent populist admixture of nostalgia and anger – is here to stay and has been exported across the globe. In the US, nearly 1 in 2 Americans just voted for a continuation of the ruinous Trump experiment. In a somewhat sanitised echo of Trump’s railing against “Big Donors, Big Media and Big Tech” the new leader of Canada’s Conservative Party has executed an astonishing re-calibration of his party’s typical corporatist message to one focused on standing up for working people.

Like many progressives I have met around the world, my wife and I are fans of the Danish political drama “Borgen.” In the last season of the show, former Prime Minister Birgitte Nyborg’s centre-left “New Democrats” Party considers, and rejects, supporting a new tax on millionaires because it will be “difficult to collect” and doesn’t seem like the sort of thing that modern progressives should be doing. This fictional moment perfectly encapsulates the way that real-life progressives have, over the past few decades, chickened out of advocating, and implementing, necessary policy options.

2020 must be the year that we decisively break with this tepid approach. The US election is the latest, and best, example of just how many people will vote for clearly awful electoral options if they perceive that the current system is not working for them.

Inequality was a huge, and growing, problem before Covid-19 and the pandemic has made things much, much worse. Unless Social Democrats are careful, we will find that we have convinced the public that fighting economic inequality, and creating a fair Covid- recovery, should be top priorities only to see them turn to conservatives to implement false and even more damaging ‘solutions.’

Related articles:
The dangers for democracy from America’s populist drift, by Vivien A. Schmidt.
Time for Democrats to join forces across the Atlantic, by Knut Dethlefsen.
Trumpism is here to stay, by Dimitris Tsarouhas.
Inclusive nationalism wins in America, by John Halpin.
The cultural politics defining the 2020 election, by Michael Kennedy.
Young voters and the 2020 election, by Layla Zaidane. Elections in the United States: their meaning and impact on Latin America, by José Moreno Santos.