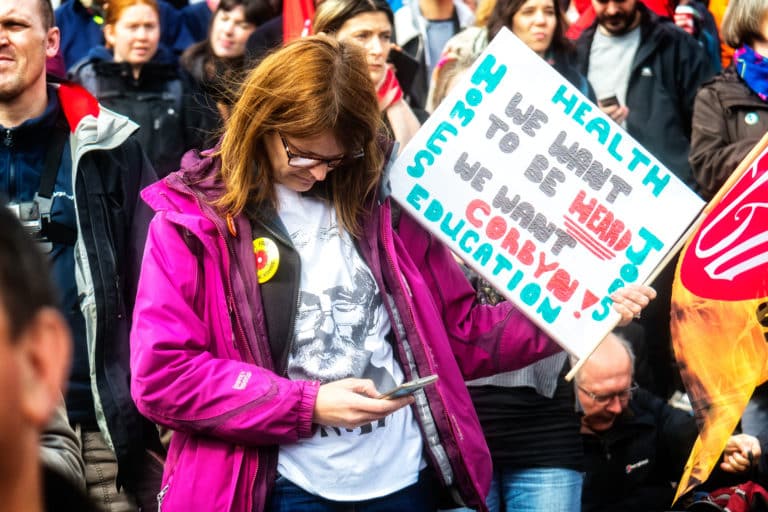 Identity politics, nationalist slogans, spreading fear of the other, portraying foreigners as a threat, division of people, regressive remarks on women and gender equality, denial of climate change. The reaction to Donald Trump from this side of the Atlantic has often been disbelief.

Yet, on Wednesday, the 9th of November 2016, the world learnt that he had been elected President of the United States of America. How can a country, whose greatness is built on multiculturalism, diversity, freedom, and its influence throughout the world, yield to alarmist protectionism and isolationism? Because, rather than just being about one man, this is a national project: the promise that closed borders will improve quality of life; the use of differences in culture or beliefs as a way of crystallising fears felt at global level; the use of minorities as a scapegoat for unemployment figures.

These are the same themes used by extremists across Europe today, and notably by the Front National in France: leaving the European Union, amalgamating Islam and radicalism, rallying together those in social and economic difficulty against refugees.

A break with the political class

It is clear that it is hardship and economic inequality, in the United States as elsewhere, that has lead to the development of populist parties. The objectives of these voters are the same in both France and the United States: to break up the established power, to change the political landscape, to throw out the political class.

Although not as part of a populist movement, Icelanders voted in 2010 to break with the ‘traditional’ political class by choosing Jon Gnarr, an actor known for his clown acting, to be Mayor of Reykjavik, in a protest vote against economic difficulties.

In Austria, the Freedom Party (FPÖ), failed to win the presidential election on 22 May 2016 after the elections were declared void. The vote, which will take place again on the 4th of December, will be observed closely to to see if the populist trend continues. Eyes will then be on the French presidential election next May. Faced with this global trend, how can progressives stop the rise of populist movements?

In order to break the impression of political elitism, we must do everything to bring in new, young political leaders, who are more representative of today’s society. For the legislative elections in June 2017, the Parti Socialiste will be the first major party in France to have equal numbers of male and female candidates, diverse in class and ethnicity. In terms of communication, politicians must use language that closes the distance between politicians and citizens.

French politics has gone from being bipartisan (alternating left / right) to tripartisan. The framework of traditional political parties has to be left behind. As in other European countries, we must support movements such as the Belle Alliance Populaire, a coalition of political parties including the PS, but also trade unions, charities, and students, against the movements that want to break the unity of the Republic and destroy our social model.

Finally, an essential point: the way to combat mistrust is by creating trust. Bernie Sanders and Jeremy Corbyn have shown that it is possible to offer hope, and created genuine loyalty amongst supporters. We need to be able to defend our ideas, loud and clear, and not be afraid to stand up for the values that set us apart from the populist movements, rather than playing into the hands of populist leaders in an attempt to catch the attention of the electorate.