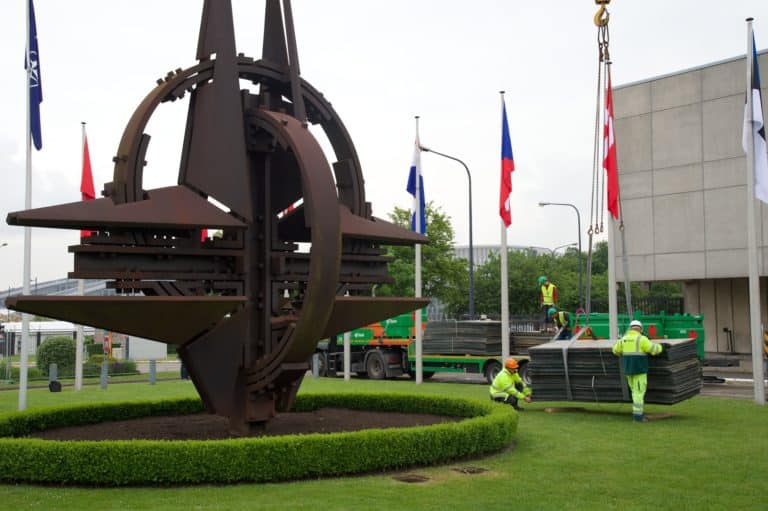 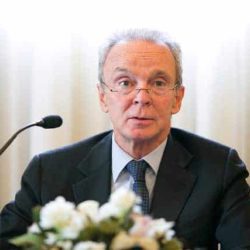 Now that we can confirm that Donald Trump is serious, and that he is keeping his election campaign promises, we have to wonder what it means for a country like Italy to have a leader arrive in the White House who seems intent on calling into question the traditional pillars of American foreign policy.

There has been much speculation on the possible impact of the Trump cyclone on the European Union, the EU (against whom the American President expressed indifference or hostility) and NATO (which Trump himself has called obsolete only to then correct himself and re-dimension its affirmation). It’s worth a try to ask what the Trump Presidency will mean for a country like Italy, which has traditionally focused on the EU, NATO and the transatlantic solidarity as the indispensable benchmarks for its international projection.

The scanty accounts of the first telephone conversation between Trump and Prime Minister Paolo Gentiloni did not provide direction in this regard. For the moment, we can only register a significantly greater cautiousness by Italy in its verdict on the first initiatives of the new American President, compared to the more explicit distancing by the executives of other European countries (to the point that the Financial Times a few days ago wondered, somewhat disingenuously, if Italy is slyly distancing itself from the common European line towards the new US Administration).

Domestically, we’ll have to deal with the “imitation” factor by those parties and opposition movements claiming a nationalist, sovereigntist, and protectionist agenda, who consider the EU an unsupportable limitation on national sovereignty and appear to be the first clear beneficiaries of the Trump victory as US President. Not surprisingly the proponents of these parties have expressed explicit admiration and support for Trump.

The rise of the magnate has certainly provided some sort of legitimacy to certain more avowedly anti-establishment or anti-system political groups. But it is by no means obvious that the implied US support will result in a corresponding increase in consensus and voting intentions for these political groups. Nonetheless, the alignment of the political platforms of the anti-globalization and anti-system parties with the political agenda of Trump might create some additional problem to the government and the majority that supports it.

On the international front the predictable tendency of the new US Administration to disregard the EU so as to privilege bilateral relations with individual Member States will pose another challenge to Italy. We will certainly have to maintain a collaborative relationship with Washington; but we must also make it clear to the Americans that a strong EU is even more in our interest, with unison and leadership that can speak as an equal to the United States.

It would be short-sighted and mistaken to think of building a special relationship with the United States at the expense of the EU. And precisely because the US Administration has been demonstrating a clear preference for a Europe that is weak and divided, Italy must take on a high-profile political initiative to return to a construction of Europe with authoritativeness, credibility and popular support.

On the NATO front, and more generally the guarantee of security, we have to expect that in the coming months the American pressure will increase for Italy (as the other allies) to assume greater responsibilities and higher expenses for their collective defence. In a phase of constraining public expenditures, and the need to respect the rules on budgetary discipline, this will be a demand that is likely to get us in trouble.

Also, to respond to the predictable American pressure, Italy must then wholeheartedly support an initiative aimed at reviving the most effective forms of European defence cooperation, for a Union of defence possibly based on a coalition of the “able and willing” countries.

The ‘reset’ with Russia: better to be cautious

Trump’s repeated overtures for the case of “resetting” relations with Russia could provide an opportunity for a country like ours, which has never made any secret of its interest to normalize relations with Moscow. But caution is also necessary in this case. Even with the idea of resuming dialogue with Putin we should move in a context of consultation with our European and Atlantic partners; understanding what Trump actually has in mind (his exact intentions are not clear for now); and above all be clear what to ask from Vladimir Putin in return.

It would be counterproductive to uncritically follow Trump on this path without a common European position. At the same time, Italy should take initiative in Europe aimed at an overall reflection on relations with Russia, also with the objective of preventing Europe from becoming stymied by an American attempt at a direct agreement with Putin.

In the Middle East and the Mediterranean it is more difficult, in the present economic situation, to figure out what Trump is up to. From the American President’s initial statements only a few signs have clearly emerged for now: a reaffirmed priority in the battle against Isis, the self-styled Islamic State, and terrorism of Islamic origin; a vision of Iran as hostile and dangerous; an apparently unconditional support for the Israeli Government.

From these scant signs, it is not easy to draw conclusions about the line that the American Administration will take in the major theatres of crisis, starting from Syria and, as far as we are concerned more directly, especially for Libya.

The unknown Middle East and Mediterranean

If the prevailing policy that will guide the choices of Washington in the region will be the battle against Isis and Islamic terrorism, it must be inferred that the United States has a vested interest in promoting a political settlement of the crisis in Syria and Libya, which allows the formation of stable governments, internationally and internally, and above all able to control their respective territories.

This could be an opportunity for us and we should quickly explore the new US administration in the hope of being able to engage Washington in designing the stabilisation of Libya.

The G7 Summit in Taormina next May will be a first opportunity to test Trump’s indications on issues that are traditionally included in the agenda of this kind of meeting. Most of all Taormina might be the first trip abroad by Trump to a multilateral meeting, a context that the American President does not consider most suitable for American national interests.

If judging from Trump’s first announcements on international trade, financial market regulation, and similarly macro-economic policy coordination, it is difficult to imagine an interlocutor more distant than Trump from the “conventional wisdom” that inspired the conclusions of these summits so far.

The challenge and opportunity of the G7 at Taormina

The challenge for the Italian chairman at G7 will then be to smooth out the rough edges on issues where it will not be easy to agree on decisions (trade, macro-economic policy coordination, stabilisation of financial markets, but also the environment, climate change, and perhaps Russian relations etc.) and look for a minimum consensus on issues (which ones?) less controversial.

In conclusion, it is possible to understand (and in some respects even approve of) the caution of Italian leaders, who for now have declined to follow the example of other European leaders in open criticism against Trump. But it would certainly be a mistake to fall for the temptation to play the card of a presumed direct agreement with Trump’s US regardless of, or even in conflict with, our traditional references: the EU and NATO.