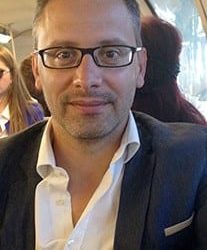 Trump’s unexpected victory has sent shockwaves across Europe. It’s a sort of Brexit on steroids, both for what it symbolizes and for its potential repercussions on Europe’s politics and the transatlantic relationship itself.

Trying to imagine what Trump’s foreign policy will look like is a complex, perhaps at this stage futile (and vertigo-inducing) exercise. Were he to implement just a portion of what he has promised, the world would be facing rapid implosion. But that will not happen, and on foreign policy – more than domestic issues – the Trump administration could end up being less radical (and destabilizing) than what we fear.

Examining and interpreting Trump’s victory, identifying its main drivers, is instead a useful exercise that offers some important lessons to European progressive forces. The common interpretation is that of a radical break with the past, catalysed by widespread economic insecurity that Trump and the Republicans effectively exploited. This reading – according to which the “losers of globalization” have propelled Trump to the White House – is at best partial and at worst erroneous, and risks obfuscating more than clarifying. In a nutshell:

Economic factors alone, then, do not explain Trump’s success. Voters chose him, and his radical, nativist message, for a plurality of other reasons: party affiliation (there was no Republican diaspora as hoped and predicted); identity – in this case racial-identity – politics; mistrust of the opponent, in an election where the negativity ratings of the two candidates were unprecedented.

Are there lessons for Europe, and for Progressive forces in Europe, aside from avoiding mono-causal, and often consolatory, explanations of a more complex – and, in part, peculiarly American phenomenon? Three quick answers can be offered. The first is to avoid engaging the other side on its own territory and accepting a degraded and insubstantial poli- tical conversation. When it comes to demagoguery, a real demagogue will invariably outsmart a converted one.

Lesson two: address a sense of insecurity that is pervasive and real. And which is not to be found only in downtrodden neighbourhoods of former steel towns in northwest Indiana or in some oxycodone-infested rural community in Kentucky. Last but not least, choose better candidates, aware that the current populist and anti-political mood will not disappear soon and it’s the least propitious for figures that can be identified with the establishment. Like it or not, for what she was and represented, way more than for what she said and proposed, in this specific historical juncture there was no worse candidate than Hillary Clinton.