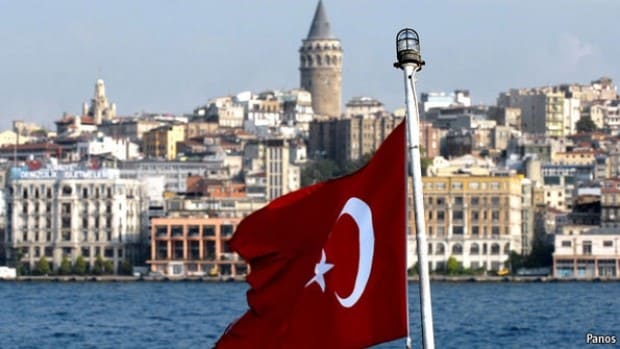 As a recent OECD report has underlined, there is immense inequality in Turkey, whether in terms of income distribution, ethnicity, age or gender. Tackling this issue ceased to be a major objective from the early 1980s onwards, with the result that Turkey now has the second-worst income distribution among OECD countries, despite a slight improvement in recent years. The lowest 20% of the population have 6% of the total income, while the top 20% have 47%. According to the 2014 Credit Suisse Global Wealth report, the richest 10% now have 78% of Turkey’s wealth – a sharp rise on their 67% share in 2000.

In terms of ethnicity, one in four of the Roma community is illiterate and 62% of its children do not attend primary school, while 46% of Kurds do not have primary education. By contrast, attainment levels are far higher for ethnic Turks – with 95% completing primary school and 10% later obtaining a university degree. Inequality is also reflected by age, with one third of senior citizens living without social security support and 6% of children aged under 14 in full-time work. Needless to say, gender is also a major issue. Half of all girls in Turkey don’t attend secondary school and two thirds of women do not work.

To deal with inequality, we need policies in three areas: unemployment, health and education, and social transfers. Of these, the most pressing need is to tackle an unemployment rate that is officially 11%, though the true figure is closer to 18%. We need growth – and specifically employment-friendly growth, i.e. not based on imports of foreign capital that trigger a rise in consumption and the current account deficit, but do little to create employment. We need growth based on public investment in infrastructure – which has been reduced dramatically since the 1980s for ideological reasons. Secondly, we need to invest in equality of opportunity in education, where we can learn a great deal from Europe, and also in healthcare. The key point here is that investing in these areas leads to economic growth and therefore to higher public revenues.

A need for social transfers

Finally, we need better schemes for social transfers, in two ways. The first is the scale of transfers, which receive a higher share of GDP elsewhere and have been influential in reducing inequality. In Turkey, welfare spending is 1.3% of GDP and it would not be an unbearable burden on public finances to increase this to 3%. The second point is that social transfers to the poorest in Turkish society are largely discretionary, and not social or civic rights. It is common for coal, food parcels or bread to be given to people in need – but this is organized by the ruling political party, whose officials decide who receives these benefits. This discretionary element needs to cease and the benefits need to be given as a citizen’s right – and in a monetary form, so that the individual can decide how to use that benefit.

Finally, there is a newer element to inequality in Turkey today – the arrival of some 2 million Syrian refugees. Those of working age clearly need to work, as Turkey cannot afford to support them through welfare. However, many are working for rates at up to half the minimum wage. This, in turn, forces Turkish workers to lower their pay rates – and inevitably creates hostility. The challenge is therefore for government to provide a living, minimum wage that is properly enforced. As in the other areas, there is clearly a great deal of work to be done.