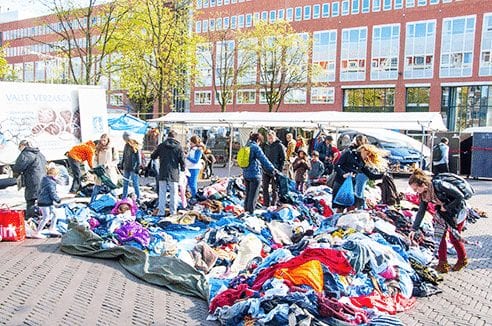 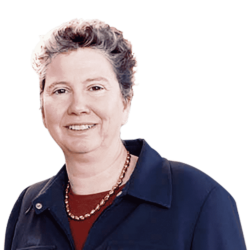 by Juliane Kronen
Founder and CEO

Consumer goods waste is worth billions of euros every year. However, current tax legislation in many countries makes donation more expensive than disposal.

Every day, consumers can choose from a wide range of products when shopping for their personal daily needs, kitting out their households with appliances and buying other long-lasting consumer goods. Food waste has been at the centre of public attention for a while now, but little is known about the flipside of the choice we enjoy: that consumer goods worth billions of euros are thrown away every year in Europe.

There are many reasons why consumer goods are not sold as planned: slight imperfections such as off-colouring, mislabelling, or damaged cartons and pallets, but also the end of seasonal and promotional lines, product relaunches, the closing down of factories or outlets and plain, old, ordinary surpluses.

In Germany alone, it is estimated that consumer goods worth over 7 billion euros are disposed of every year – ending up in landfills or incineration plants. About one third of these products – worth 2 billion euros – is perfectly safe for consumer use and needed by charities for their daily work.

Taking surplus products as donations from companies and distributing them to charities is an innovative way to avoid waste and turn affluence into social benefit. This work is carried out by product-redistributing charities in several European countries. In Germany, Innatura is the only platform building the bridge between companies who want to give, but do not know to whom, and charities. This “charity-to-charity” model offers companies an alternative to disposing, while at the same time improving their environmental footprint and creating social benefits. A wide range of products such as toys, tools, appliances, personal hygiene products and educational material are distributed to over 2,000 charities. Receiving charities, in turn, work with a broad range of beneficiaries such as children, families, homeless people and refugees. They are vetted rigorously and contribute a small handling fee – typically between five and 20 percent of the products´ market price – to the platform´s operating cost.

In Kind Direct in the UK, one of the Prince´s Charities founded in 1997, has launched the In Kind Direct International network. Together with Innatura in Germany and Dons Solidaires in France, these three charities are promoting the idea of product philanthropy and have collectively convinced over 1,300 donor companies to entrust them with the distribution of donated products worth over 300 million euros to over 8,000 charities. Together, more than 25,000 tonnes of goods have been diverted from landfill. Members collaborate to share donations, best practices, general policies and processes to enable goods to be distributed in the most effective way, thus maximizing benefit for people in need and the charities which serve them.

A call to action

Donating products for social causes has a direct impact on avoiding waste – in many cases, product waste causes more harm through disposal than food waste. The donated products contribute directly to donor companies measuring their waste and working on improving their resource management. At the same time, the work of charities can be supported by allowing them a larger mileage with their budget, mostly to expand their core activities.

In order to increase both the environmental and social impact, several incentives are necessary: