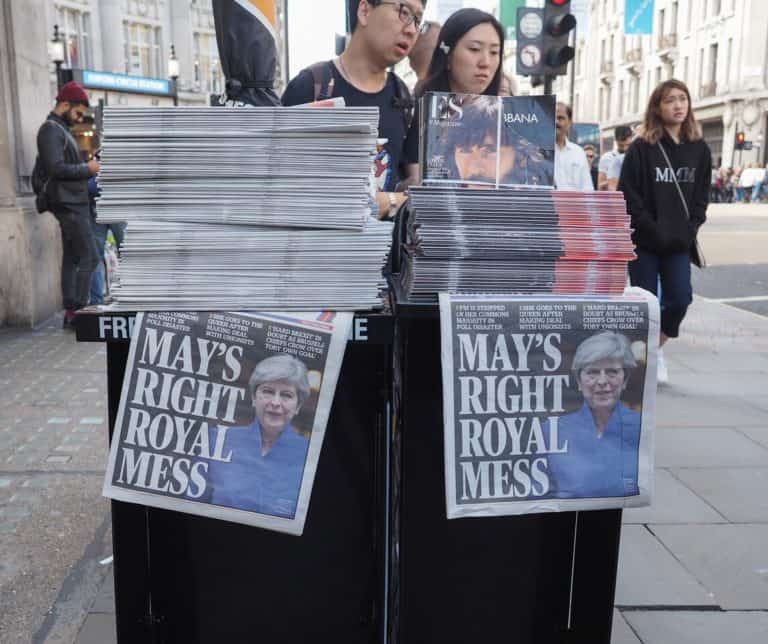 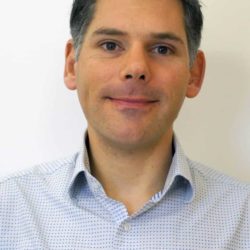 A Labour prime minister did not enter 10 Downing Street following the re-cent general election. But the June election must still be chalked up as a huge success for the Labour party and a personal triumph for Jeremy Corbyn. To go from 30 per cent of the vote to 40 per cent in the space of two years is a very big achievement, especially when Labour had been doing so badly in the pre-campaign polls.

It is true that Labour gained only 30 seats, leaving the party still 64 seats short of a majority of one. But cru-cially, the party can now realistically win the next time the country votes, as there are enough competitive marginals for a majority: the talk of an inevitable 15 or 20 years of Tory hegemony is over.
The chart below shows how the mountain Labour has to climb to win a majority of one is less than half the size it was before this election: Labour now only needs a swing of 4 percentage points in the seat that would hand it a majority; before it required 9 percentage points to take the equivalent ‘winning line’ constituency.
Just as importantly, the geographic and demographic variety of the seats where the party made progress shows that Labour does not have to choose between being the party of metropolitan liberalism or working-class grit: it can and must be both. Moving forward further will be easier now that Labour is advancing in every nation and region, in constituencies with very different social mixes. Labour will not need to second-guess whether its voters were once Remainers or Leavers, but can instead play its hand on Brexit as a patri-otic champion of the national interest.
Of course, with the Conservatives’ error-strewn campaign and the implosion of Theresa May’s political hon-eymoon Labour was always going to compare favourably. But the party’s own campaign also made a big difference and here Jeremy Corbyn deserves great credit. First, his personal sincerity, conviction and authen-ticity shone through. In contrast to most of his time as leader, Corbyn looked at ease under the glare of media scrutiny and genuinely happy to be doing the job. Being comfortable in your own skin matters, as May has discovered. Second, his decision to present a ‘red meat’ manifesto, without the caution, calculation or stealth of the Brown and Miliband eras paid dividends. Labour had a significant, clear and easily communicated offer, which was popular even with people who didn’t care for Corbyn himself.
The big question now is what it will take for Labour to win from here? The 13 million voters who backed Labour included people voting because of Corbyn and people voting despite of Corbyn, as well as instinctive Labour tribalists who would never go anywhere else. That coalition could prove unstable if the prospect of a Labour government looms larger. Although Labour’s ‘floor’ is clearly higher than many feared, the party’s 2017 vote is not necessarily a dependable base from which to reach out further.
The answer for Labour must be to combine head and heart. Corbyn has shown that campaigning with con-viction and making big promises works. But to win power, voters need to believe that the party can govern. Labour must show it is a credible shadow administration not just a protest movement, while still retaining the boldness and authenticity that has defined this election. The task is to campaign with Corbyn’s poetry, but also show that the Labour team is ready, at a moment’s notice, to govern in prose.
Corbyn’s leadership of the party is secure but, collectively, the Labour team must look competent, confident and prepared for power. To pull this off, the rival factions must bury the hatchet. Corbyn’s critics should admit that they overplayed their concerns about his capability and electoral appeal – and they should offer to serve on the frontbench. Meanwhile Corbyn, in his moment of triumph, should recognise that the party will only move forward again if he supplements his own homespun charm with the different attractions of col-leagues who look like ministers in waiting. With Keir Starmer we’ve seen already that this double-act can work.
There is an alternative to a Shadow Cabinet of All The Talents but it would be a disaster for the party’s chances of winning power. Instead of building on the newfound unity of the election campaign, Corbyn’s backers could use their leader’s strengthened position to fight a re-match of the last two years and execute a slow-motion purge of all those who underestimated Labour’s leader. But if there is a return to Labour’s civil wars, then 2017 will prove a high-water mark and the party’s new coalition of voters will splinter fast. On the other hand, if Jeremy Corbyn assembles a Shadow Cabinet capable of out-gunning Theresa May’s em-battled frontbench – to prove that Labour has both head and heart – then this election could be a staging post to government, far sooner than we think.