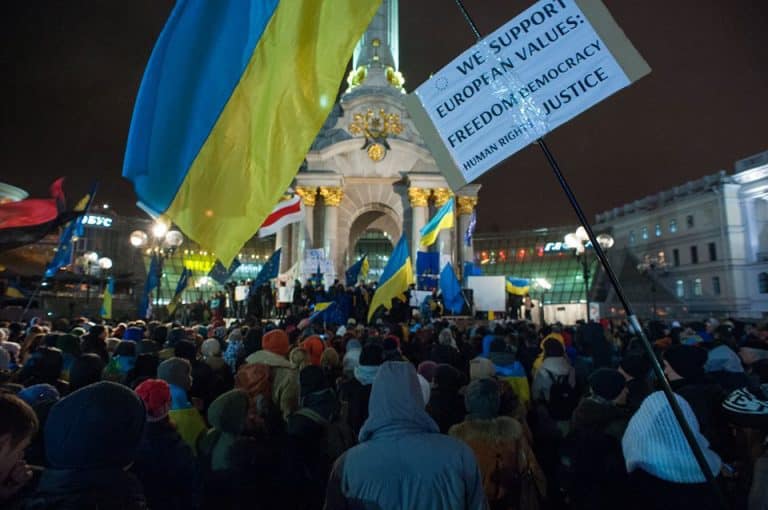 The crisis in Ukraine is far from over. The country is chartering unknown and dangerous waters. Almost six months into the crisis, and after a series of important developments, several conclusions can be drawn concerning the three major actors: the Ukrainian government, the Putin leadership, and the European Union. Where is Ukraine going and what is the impact of the crisis on the longer-term perspective of the country and of Europe generally?

The Ukrainians have elected a new president, the oligarch and political veteran Petro Poroshenko having secured his victory in the first round. Poroshenko’s greatest asset is his political legitimacy inside and outside of Ukraine, while his greatest weakness is his lack of a stable and organized constituency in Ukrainian politics.

Unfortunately, Poroshenko’s victory has done little to overcome Ukraine’s deep lines of division. Substantial parts of the population in the East see Poroshenko as a product of the Maidan revolt, refuse to accept his presidency, and pursue their armed resistance. Additionally, some of the radicalized veterans of Maidan consider Poroshenko and his entourage as a hold-over from the old regime, and equally doubt his legitimacy. And worse of all, the tycoon-turned-president has no party-base of his own in parliament. Poroshenko depends on his political opponents, including Yulia Timoshenko’s party. This has become particularly important, given that the powers of the parliament have been considerably strengthened, at the expense of the presidency—one of the reforms adopted after the Maidan revolt.

Will Poroshenko be able to reform the country’s wild-west capitalism, to fight its endemic corruption, and to cure the many diseases of the country’s body politic? There is not much reason to be optimistic. Poroshenko stressed continuity over change after his victory. He is a man from ‘within’. Throughout the post-communist era, his business interests inspired him to occasionally align with every party in power. In this context, Ukraine’s existential crisis today may be a blessing in disguise. Business-as-usual seems practically impossible.

Poroshenko’s major asset is that all external players, including Russia, have accepted his presidency. Over the last few weeks, Russia has adopted a more moderate position towards the conflict in Ukraine. Gazprom agreed to postpone the deadline for solving another gas dispute with the Ukrainian authorities. Putin did not publicly endorse the referendum on independence of parts of Eastern Ukraine. And he did not openly question the legitimacy of the presidential elections.

Opinions differ on Russia’s policies towards the Ukraine. Are they born out of increasing weakness or regained strength? Be it as it may, by using force, Russia has created a new reality in Europe, from which it has drawn a clear benefit that explains the recent conciliatory turn in Russia’s diplomacy. For the time being, Putin has reached his major goals in Ukraine. The Maidan revolt removed Yanukovich, whom Putin considered as a political liability. The very same revolt however gave him also the excuse to intervene directly into Ukraine’s internal affairs, to bring Crimea back into Russian Motherland, and to get a foothold in the eastern provinces. By now it has become doubtful whether the continuation of the civil war still serves Russia’s longer-term benefit. The chaos, the lawlessness and the violence hurt Moscow’s economic interests in the area, and it may lead to additional Western sanctions. And most importantly, Russia seems to have secured the wide recognition of its legitimate interests in Ukraine. More than ever before do the United States and the European Union seem to accept Russia’s stake in the future geopolitical status of Ukraine. Ukraine is back into Russia’s geopolitical sphere.

The role of the European Union

Ukraine has lost more than part of its territory in the current crisis: its political and administrative regime collapsed, practically turning it into a failed state. Its status, if not its raison d’être, have been seriously undermined. Practically all scenarios for Ukraine have one aspect in common: the future of Ukraine is not anymore in the hands of the Ukrainians only. The country’s sovereignty is limited, its administrative system, its foreign policy orientation, and its alliance policies.

The European Union is not without responsibility for the crisis in Ukraine. Policies vis-à-vis Ukraine have been based on three assumptions: the dichotomy between society and regime; the repressed desire of all Ukrainians to turn to Europe; and the win-win nature of the EU’s external relations. These notions were flawed, misleading, and moralistically rather than realistically-inspired. Europe’s most serious mistake was to immediately agree to regime change after the flight of Yanukovich. Not only did the EU disregard its deal with the opposition and the leadership in Kyiv, but it also provided Putin with the ultimate argument to intervene into the crisis.

The Poroshenko presidency will probably opt for the pro-European course, which Russia initially considered unacceptable. Meanwhile however, Putin has his stake in the future of Ukraine widely accepted, and he is happy to leave the bill to the European Union. The integration of Crimea into Russia is costly, but it concerns investment by Russia, in Russia. The financial responsibility of the EU will be more difficult to handle, because it lacks popular and political support. Few Europeans are prepared to get their wallets out for Ukraine, especially when the money might flow directly into the pockets of Russia’s politico-economic elite. The citizens of Europe are not in the mood for additional financial responsibilities. Contrary to what many Europeans may think, Russia has not so much exploited the Ukrainian economy: it has actually sponsored it. Russia invested heavily in the area for most of the post-communist era, and it bought a large share of its otherwise uncompetitive industrial goods.

The EU, the IMF and other institutions have few possibilities to compensate for the loss of jobs in Ukraine. We are not going to buy its products; we will mostly transfer financial assistance. Ukraine needs billions of euros in the near future but the economic return of our financial assistance will be negligible. The crisis in Ukraine has often been portrayed as a conflict between a 19th century Great Power (Russia) and a 21st century post-modern power (European Union). The image is wrong. For the moment, the crisis in Ukraine has convinced the Russians again that there is nothing specifically 19th century about great power politics.