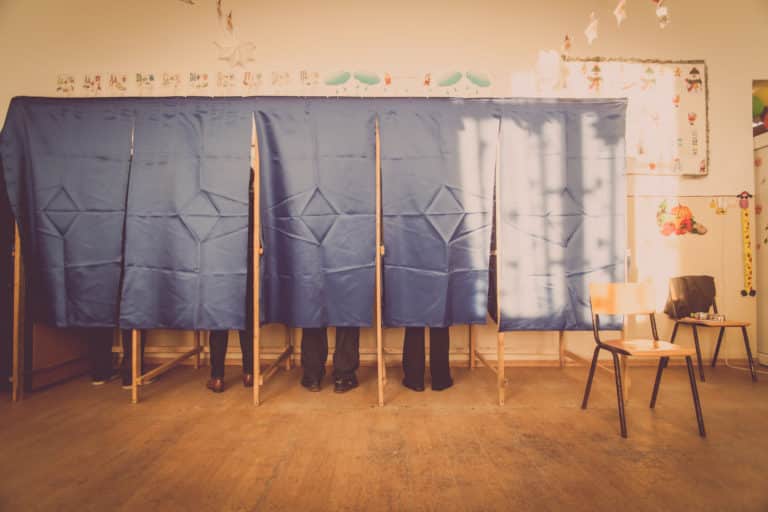 For several weeks now, commentators and polling institutes have repeatedly highlighted the low voter turnout in the upcoming presidential election. Is there any reason to predict such a low turnout in April? Is this election really a unique event and if so, is this the result of uncertainty, volatility, and voter disinterest?

Peter Mair described a “sick” democracy in his latest book, [[Peter Mair, Ruling the void: the hollowing of western democracy, Verso, 2013]] one that is gradually shrinking with people losing interest in politics. Ruling the void accurately describes all the elements from the current presidential campaign but includes references to figures, historical data and corroboratory evidence. Similar elements have already marked recent political campaigns around the world including Brexit in the United Kingdom, as well as the one that brought Donald Trump to power on the other side of the Atlantic.

Peter Mair’s fears have never seemed so justified: the advent of “democracies without demos,” and the combined effect of people withdrawing from politics whilst the elite who are supposed to represent them remain in their own spheres; increasingly isolated and distant from each other. The facts are as follows: for several weeks now commentators from various institutes have repeatedly emphasised low voter turnout rates, extreme volatility in voter intentions (for example, Benoît Hamon lost at least 5 – 6 points during the same month that he claimed victory in the primaries of the ‘Belle Alliance Populaire’), and the underlying confidence rating of each candidate – notably for Emmanuel Macron, but also for Benoît Hamon – suggesting that there is a possibility of a significant change between now and the first round of the presidential election.

This is taking place amidst a backdrop of increasing partisan disaffiliation (both in France and in wider Europe) as well as a lack of confidence in everything typically associated with the “political elite”, which includes the French presidential elections which have always been perceived as “exceptional”. Voter turnout in 2012 was 81.4% yet the figure was 85.3% in 2007 …the turnout figures are historically strong, with the exception of 2002, where only 72.8% of the public were engaged enough to vote. Is it therefore reasonable to predict a very low turnout in April? Is this election really a unique event and if so, is this the result of uncertainty, volatility, and voter disinterest?

On 24 February Ifop noted: “The turnout being reported this weekend (60.5% on 23 February) remains far below the figures reported during any previous presidential election.” Ipsos have also identified a growing trend amongst the public that voters may not engage at all with a reported decline of 2.5% in polls. Furthermore, it should be noted that over 80% of French people find the campaigns to be “poor quality” (according to figures provided by OpinionWay, 24 February 2017).

We also note that the electoral offerings stabilised extremely late. Given that François Bayrou has vocalised his support for Emmanuel Macron, one can now assume that, save for further surprises and despite the judicial setbacks suffered by the Republican Party (LR) candidate and the National Front (FN) candidate, the electoral offerings are now set. According to data collected by Ipsos on behalf of Cevipof it is equally true that at this stage only 49.7% of the people who say they are certain they will vote in the first round are also certain of their chosen candidate. At present, the favoured candidate to progress to the second round against Marine Le Pen is Emmanuel Macron who actually achieves a surprisingly low confidence rating amongst voters in terms of who they will definitely vote for (between one third and half of his voters say they are certain of their decision).

However, in order to provide appropriate context and relativise these trends, reference should be made to historic events. Firstly, at this stage, one should remember that the reported low voter turnout is not as exceptional as some commentators may have others believe. During the same period in 2012, OpinionWay concluded that about 67% intended to vote, compared with 63% today – a genuine but relatively small difference. The intention to go to vote similarly increased strongly during April 2012, most notably a few days prior to the first round. And again, the eve of the first round typically remains slightly below the reality of the ballot boxes (78% according to OpinionWay).

Moreover, historically, it should be noted that a low rate of security regarding candidate choice reflected during this campaign is not entirely unprecedented. This is often emphasised that the En Marche! candidate suffers due to a low rate of voter certainty regarding election day (recently uncertainty amongst voters was as high as 45% and 49% according to Ifop while this was closer to one in three voters according to OpinionWay). But this figure should be put into perspective for three reasons:

– Secondly, we note that historically, the central or moderate candidates (perhaps as they act as catch-alls, like Francois Hollande in 2012, or because of centrist support which tends to attract both the voters coming from the right and the left, like François Bayrou managed in 2007) have always been more indecisive than their counterparts who tend to maintain a narrower spectrum (for example, it is understood from the polls that Marine Le Pen may rely on her supporters; 79% of whom consider themselves to be certain of their vote according to Ifop, or slightly less according to OpinionWay at 71%). We can compare this to the 34% Emmanuel Macron has achieved to date (source: OpinionWay) or the 40% that François Bayrou achieved in 2007 at the same time. Crucially, this does not necessarily have any meaningful impact on the final results for each respective candidate. Equally it does not necessarily predict that a substantial number of voters will desert a candidate in the run-up to the poll: in 2007, Francois Bayrou achieved an unprecedented rating, despite the fact that he maintained a relatively low confidence / security rating with only “some people voting for him” (less than 60%, whilst other candidates achieved ratings in excess of 75% in the final days before the first round), and the fact that he suffered as the central candidate between two “strong” left and right candidates.

It should also be noted that 39% of Benoît Hamon voters consider themselves to be certain who they will vote for, which is considerably lower than the 74% reported in 2007 who supported Ségolène Royal in 2007. If we are to uncover any evidence of exceptional phenomenon in this election we must examine this side of the electorate.

– Finally, one must remember that just because a voter is certain today, this does not mean that they will not change their mind tomorrow or in the days or weeks ahead. Such ‘u-turns’ are not marginal either: in 2012, Ipsos’s Presidoscope poll highlighted that there were many underground undetected movements designed to make voters “change.” 45% of all voters who declared themselves certain as to who they would vote for at the election had actually changed their mind between January 2012 and April 2012. This figure is certainly less than those who declared themselves uncertain (75% of those changed between candidates over the same period), but this remains a sufficiently large proportion of voters to relativise given the importance attributed to their “certainty” at the given time T.

To conclude, at this stage the indicators do not highlight any real appetite for political debate, or more broadly – there is no appetite for the substance of such debates, the uncertainties about the candidates and the electoral programs – seem to reinforce the worst fears of analysts about voter turnout at the April and May elections. The public are struggling to seize this voting opportunity, and appear to show only indifference, frustration and even anger at this time.

However, the indicators we have made reference to (intention to vote, certainty regarding candidate vote, opinion of their campaign etc.) must be put into perspective – not only for their intrinsic value but also for the purposes of comparing this election with previous presidential elections.

It is worth remembering that despite deploring the election for the poor quality of policies and candidates, two-thirds of voters confirmed they are interested in the campaigns involved. At present there is an undeniable feeling that the current politicians are not equal to the challenges many French people face on a routine basis and this leads to voter distrust. It is a near certainty that during the final stages of the election, and irrespective of what the voter truly feels about the candidates, they will vote en masse in an effort to ensure that others do not determine the fate of the country for the next five years.