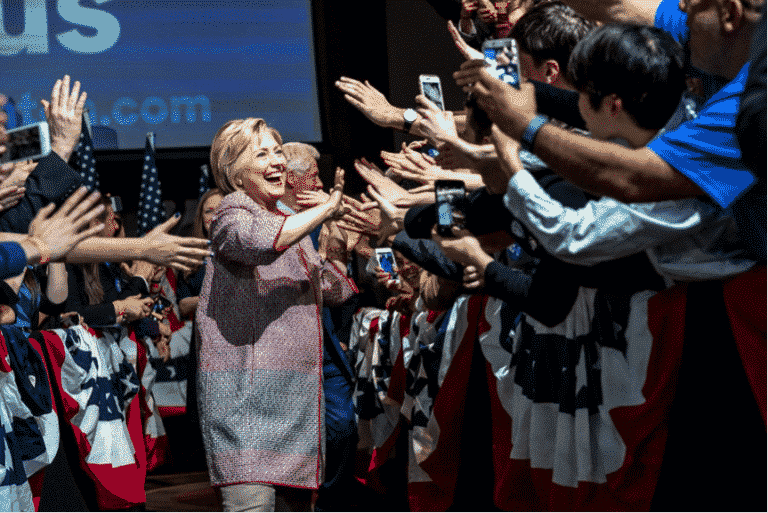 The contemporary model for a party nominating convention in the United States is a celebration of the party’s presidential candidate and a singular moment of uncontested, prime time media exposure to communicate with a large audience of the American electorate. We have not witnessed an actual floor fight for the presidential nomination since the 1980 Democratic Convention, when then-Sen. Ted Kennedy challenged the incumbent President Jimmy Carter even though Carter had already secured enough delegates to claim the nomination. For Republicans, the last time this occurred was in 1976, when Ronald Reagan sought to wrest the nomination from President Gerald Ford.

There is an obvious reason that Democrats and Republicans sought to prevent this situation from occurring, both Carter and Ford lost in November. While there were many causes for their defeats, one significant reason was the deeply divided convention hobbled the eventual winner, making it more difficult to unite the party and overcome other challenges to their campaigns.

The experience of both parties in 1976 and 1980 set in motion the trajectory of the modern nominating process built on primary and caucus results. Critically, however, the integrity of the nominating process is premised on the political norm that once it becomes clear that a candidate can no longer obtain the nomination, he or she will step aside and clear the path for the presumptive nominee so as to avoid a meaningful vote of delegates on the floor of the convention. As a result, there has never been a true test of the delegate selection and voting process. That should be an alarming prospect for Republicans because it is extremely unlikely that the delegate system as constructed now could withstand a rigorous scrutiny.

While each state’s rules for their delegates may differ in certain respects, the basic principle is that a pledged delegate is bound to vote for the candidate who won that delegate in the state’s primary, caucus, or convention, on the first ballot. If no presidential candidate obtains an absolute majority of delegates, in this this case the magic 1,237 number I have been referencing, it will go to subsequent ballots until one candidate does obtain that majority. Most delegates at that point become unbound to any candidate, and can vote for whichever candidate they choose from among those who have been put into nomination for the presidency.

Before I get into the free-for-all that could occur on a second or third ballot, it is important to review the process by which the individual delegates are selected to attend the convention. It is here that the greatest disconnect occurs between the perception of the primary campaign as a typical democratic election process and the reality of a system with wildly divergent and arcane rules that only has the veneer of democracy.

Most states do award delegates based on primary or caucus results, but who those delegates actually are is not responsive to voters in primaries or caucuses. Most states have a multi-layered process of local and then state party conventions in which the actual delegates are selected to attend the convention. It is common for campaigns to run slates of delegates who are supporters of their candidate in these local and state conventions. But there is no requirement that the actual delegates selected to represent the state at the convention be supporters of the candidates they are pledged to back on the first ballot.

Take, for example, South Carolina. Trump won a resounding victory in the state’s primary, capturing all 50 delegates available. Ted Cruz finished third. But the local Republican Party conventions that have occurred since have largely selected supporters of Cruz to serve as the delegates. A former county GOP chair and Trump supporter said of the result, “the Cruz campaign was the most organized.” That is certainly true, but obscure rules on delegate eligibility, such as requiring potential delegates to have attended county GOP meetings in early 2015, well before Trump began his outside campaign, meant that most potential delegates were party insiders. It appears likely that the overwhelming majority of the 50 delegates that Donald Trump won in South Carolina will actually be supporters of his main rival.

This could have a dramatic impact on the floor of the convention if Trump does not obtain the necessary 1,237 votes on the first ballot. Again, the rules are not uniform, but most delegates would then become unbound to any candidate on the second and any subsequent ballots necessary to pick a winner. Now, there is a good reason for this, because if delegates were locked into one candidate and no one obtained a majority, there would be no way to actually select a nominee. But it does create a chaotic situation with little legal or ethical on the lengths campaigns can go to woo delegates.

For example, most delegates can accept gifts from campaigns or private individuals. There are legal prohibitions on elected or party officials accepting such gifts, but the majority of delegates will be private citizens who are expected to pay the costs of attending the convention from their own funds. There is no real way to monitor this and no transparency requirements for delegates on the source of their contributions. Explicitly buying delegate votes may be too risky for the campaigns, as the blowback could be severe if exposed. But the prospect of shady dealing is enormous and there is no real system in place to regulate it.

All of this, however, is predicated on a genuinely contested nominating fight on the floor and a scenario in which Trump does not obtain the necessary 1,237 on the first ballot. Despite the intense focus in the media and among Republican elites on the prospect of preventing Trump from gaining the nomination, the most likely scenario remains Trump winning the nomination on the first ballot. He has two pathways to winning in this way, either through a gaining majority of pledged delegates or a combination of Trump’s pledged delegates and the support of enough delegates that are unbound on the first ballot to push him over the top.

The reality is that Trump is either going to get the number of delegates he needs through the primary process, or he will be pretty close. To reach 1,237, Trump must win roughly 58 percent of the remaining delegates, which is realistic given that a number of the primaries left are on favorable terrain and are winner-take-all, at least by congressional district. But even if he is just short of what is necessary, there will be strong incentives for Republicans to encourage enough of the unbound delegates—those delegates who are pledged to a candidate that has withdrawn from the race or released his or her delegates—to support Trump.

First, the entire premise of Trump’s campaign has been to rail against the Republican establishment as weak, ineffective, and not responsive to the demands of Republican voters. Nothing would exemplify this any more than an orchestrated effort by the GOP establishment to deny the candidate who clearly has the most support among Republicans the nomination. Trump is already making this pitch, when he alluded in his New York victory speech to the delegate selection debacle by saying, “it’s really nice to win the delegates with the votes.”

Second, Republican voters overwhelmingly believe the nomination should go to the candidate with the most votes and the most delegates, even if they don’t have the absolute majority on the first ballot. This has been pretty consistent since pollsters started adding this question last month, with more than 70 percent of New Yorkers holding that view. Even 60 percent of Republicans in Wisconsin, a state Trump lost badly, agree. Going against this strong support from Republicans would be extremely difficult.

Third, Republicans are playing with fire on the nominating process. One of the most significant factors that this Republican primary campaign has demonstrated is that it is really difficult to actually win an absolute majority of delegates through the primaries and caucuses when they are all contested, especially in a multiple candidate race. We’ve never experienced this before because the norm is for non-viable candidates to drop out of the race, clearing the path for the presumptive nominee to gain all the delegates from the later contests.

Intense pressure from the media and party leaders played a role in getting candidates to concede, but another key factor was that it becomes impossible to raise funds for an obviously doomed campaign. The changes in campaign finance laws that allow for huge contributions from wealthy individuals, corporations, or other outside groups has altered that equation, meaning it is now possible for a non-viable candidate to stay in the race if they have the backing of even just one very rich person.

Following the example of Kasich and Cruz, it is now perfectly possible in future Republican nominating campaigns for one or more candidates that represent a faction of the Republican Party fighting all the way to the convention and garnering as little as 20 percent of the delegates. A couple of those, plus the certain scenario of a split of delegates from the earlier contests with more candidates in the race, and it could become virtually impossible for any one candidate to win an absolute majority of delegates. That candidate may eventually emerge as the nominee, but it certain that a contested convention will make that candidate weaker. That is not a precedent Republicans want to establish.

And fourth, Ted Cruz is just really unpopular with Republicans and the broader electorate. Any effort to deny Trump the nomination would just hand it to Cruz, and he is widely disliked by the Republican insiders, the very people he needs to get him over the top in a contested convention battle. New York Republican Rep. Peter King said in the build up to the New York primary that “I’ll take cyanide,” if Cruz wins the nomination. It just seems extremely unlikely that by the time of the convention, Republicans will want to endure the huge downsides of denying Trump the nomination in order to give it to Ted Cruz.

This all points to Republicans making the rational decision to support Trump and given him the necessary unbound delegates to secure the majority on the first ballot. But, nothing about this campaign has followed the script so far and no one can predict with certainty how this will turn out. Whatever happens, all eyes will be on Cleveland this July.