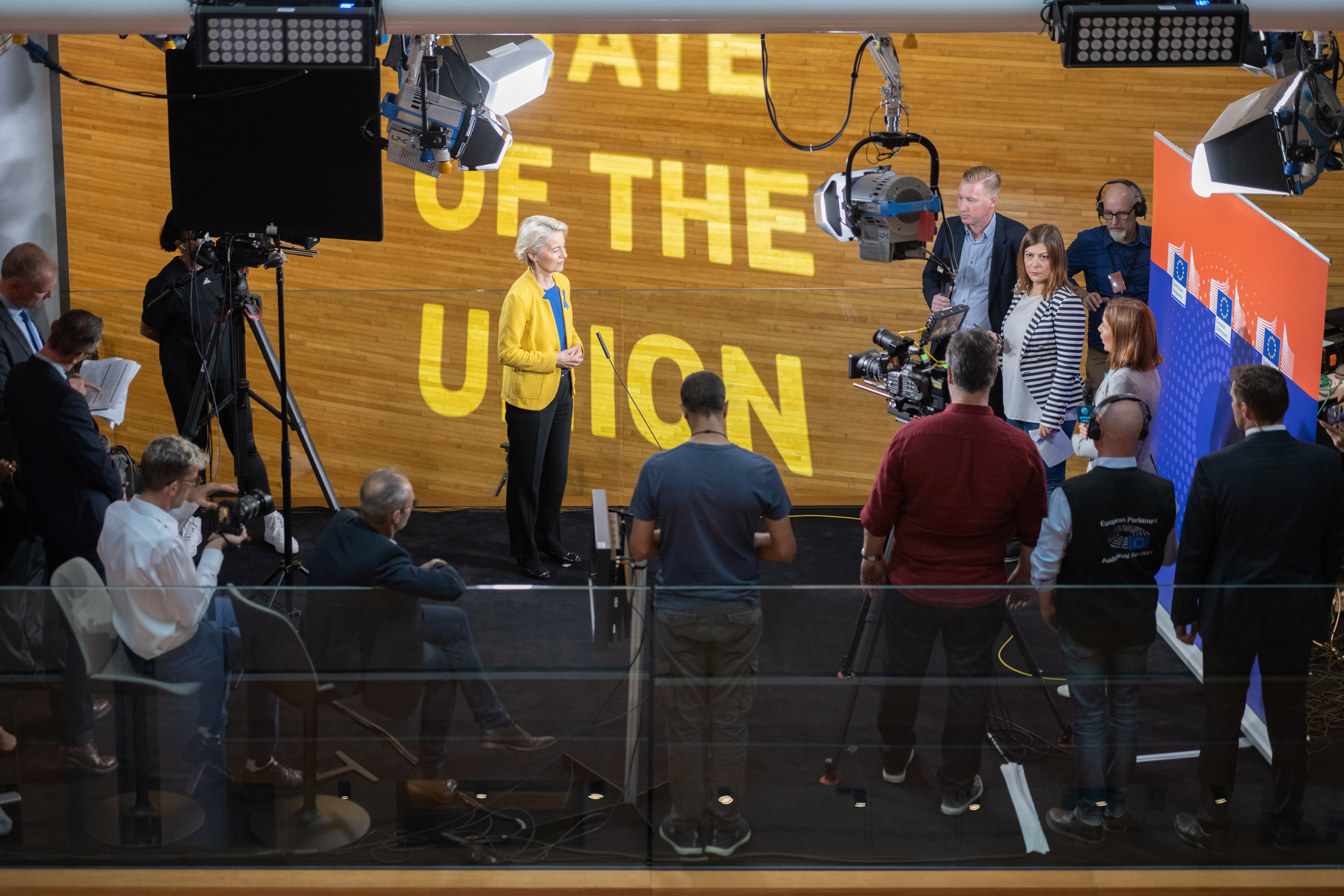 In her recent speech about the State of the Union, President Von der Leyen was right to focus on the challenges raised by the war in Ukraine, but she was short on a long-term vision, and on a plan to cope with its real nature.

Yes, the war in our continent is certainly the central challenge for the next phase of the European project. But warfare today differs from the ones we had all over human history. Certainly, warfare is always multidimensional, involving human confrontation in several domains, from the military, the logistic, the international, the economic, the social, the communication, and the human psyche and body.

Nevertheless, the current content of all these dimensions is radically new: new very sophisticated weapons, the nuclear threat, the energy interdependence, the climate emergency, the global impact of the war, the scale of the economic sanctions and counter-sanctions, the cyberspace and digital tools, the human democratic aspirations for peace. Confronted with this new reality of warfare, Europe has basically two choices: either fragment itself into different national or nationalistic reactions and lose this war, or raise to a new level of unity, coordination, and capacity to act. How should this latter choice be realised in precise terms?

Concerning its external action, what is at stake is the EU’s capacity to build up a larger coalition of forces upholding an order of global rules, the role of the multilateral system, the respect for sovereign democratic nations and a more effective international coordination regarding common global challenges, which should be prioritised above regional conflicts.

Concerning security and defence, what is at stake is to strengthen the NATO alliance, but also the specific European defence pillar with better coordination of the European armed forces and the ongoing investments, including in cyber security.

Regarding the increasing digital dimension of warfare, the EU should step up its own way of shaping the digital revolution pushing for global standards above the current strategic competition between the United States and China. Digital markets and particularly the big platforms must be regulated according to our values, and the same should happen when developing the potential of the data economy and artificial intelligence.

Last but not least, warfare is also a battle of narratives which should be conducted in a framework that ensures pluralism, professionalism, and access to evidence, while fighting disinformation at the same time.

Regarding energy, what is at stake is to decouple from Russia and to decouple from carbon. This is a huge challenge, with several trade-offs, because the increasing costs of gas might be used as an argument to go back to other carbon energy sources. Nevertheless, these increasing gas costs should rather be used as leverage to meet our climate targets by moving faster to zero-carbon solutions. This tension can only be solved with very proactive European intervention, using stronger instruments such as joint public procurement to purchase gas from non-Russian sources, while a real Energy Union is built, with a common electricity grid and counting on European and non-European zero-carbon energy sources such as hydro, wind, solar, hydrogen and new forms of nuclear. This transition should also be upheld by new consumer preferences in favour of low carbon energies, more energy efficiency and more sober uses of energy.

In order to prevent the risk of a deeper economic and social crisis, energy prices should also be regulated, particularly to protect the less favoured groups of the population, SMEs as well as energy-intensive companies which are at risk of reducing production and employment levels.

But how to finance all this? A windfall tax on extra profits raised by companies which produce electricity from other sources, as well as a solidarity contribution by companies which are making extra profits from the rising gas prices are indeed well justified. They can be used to reduce the cost of energy for the most vulnerable, and also to finance the transition towards better energy solutions.

Nevertheless, even without war, this kind of investment required to conduct the transition towards a non-carbon economy is much larger and must be underpinned by a comprehensive investment strategy mobilising all private and public instruments. Concerning the budgetary ones, it seems well justified that the stronger European capacity created to respond to the impact of the Covid-19 pandemic should be prolonged. National budgets should also be given the necessary room of manoeuvre to invest in the long term, while reducing public debt levels.

All these policy developments require a much higher capacity to decide and to act in a situation of urgency. That is why the deepening of the European integration is becoming vital to ensure the European capacity to resist to an obvious and sophisticated blackmail coming from Putin’s Russia and to develop a stronger strategic autonomy regarding energy, food, raw materials, industrial and digital capacities. But deepening is also necessary to step up the transition to a low carbon economic model, while ensuring the necessary social cohesion and protection of the vulnerable groups, if we want to avoid extreme right-wing populists gaining political ground, as we are seeing in several recent national cases.

This new phase of the European project can only emerge if some basic reforms are introduced in the decision-making process involving the European institutions and if the necessary political support is also mobilised via new forms of participatory democracy.

The recent EU decisions on a new wave of enlargement are fully justified by a geopolitical and moral imperative. This new wave of enlargement should also count on a stronger political dimension of the European project, involving all these new countries in a higher coordination of foreign affairs and security policies, as well as their stronger integration in all main European networks, from energy to digital, research, cultural and education.

This new wave of enlargement is certainly a major historical endeavour of the European project. To make it succeed, it must go hand in hand with a precise plan to deepen it and reform the EU Treaties.